This article belongs to the Special Issue Tissue Engineering for the Repair of Peripheral Nerve Injury
Views: | Downloads: | Cited:

© The Author(s) 2023. Open Access This article is licensed under a Creative Commons Attribution 4.0 International License (https://creativecommons.org/licenses/by/4.0/), which permits unrestricted use, sharing, adaptation, distribution and reproduction in any medium or format, for any purpose, even commercially, as long as you give appropriate credit to the original author(s) and the source, provide a link to the Creative Commons license, and indicate if changes were made.

Carpal tunnel surgery is one of the most common hand operations performed today[1]. Within these cases, the incidence of recurrent carpal tunnel ranges from 1% to 31%, with only about 5% of the reported cases undergoing surgery[2]. There are various reports in the literature regarding the best procedure for these recurrent cases, including extensive external and internal neurolysis, various flap techniques, venous wrapping, and prosthetic implants[2]. Unfortunately, the literature does not include any comparative studies that could conclude the best management of these patients. The main principles in revision surgery that have been advocated include the addition of vascularized tissues to help nerves heal, adequate removal of scarring around the nerve, and maintenance of adequate nerve gliding[3-5]. One of the most novel methods includes adding adipose derive stem cells as an adjunct to recurrent carpal tunnel release, yet the literature includes small and contradictory reports[6,7].

There have been many studies using adipose-derived stem cells as a surgical treatment for nerve pain, and the results are encouraging[19]. Stromal vascular fraction was used to treat erectile dysfunction in 47% of patients after radical prostatectomy[22]. In a randomized controlled trial, patients with post-mastectomy pain treated with fat grafting had an average pain reduction of 54.9% and also improved health-related quality of life measurements[23]. Among patients with neuropathic pain after burn injury, 6 out of 7 patients treated with fat grafting had reduced pain and thus reduced consumption of pain medication[24].

The retrospective review of data was approved by Dartmouth Hitchcock Medical Center Institutional Review Board, IRB# 020000917. All carpal tunnel surgeries performed by one surgeon, Dr. Joseph Rosen, between July 2011 to October 2021 were reviewed. A recurrence of carpal tunnel syndrome was primarily defined by clinical symptoms, the physical examination, electrical studies and willingness to undergo surgery. Patients with nerve injury, transections, neuromas in continuity, etc., were excluded. All patients underwent a nerve conduction study that ruled out other pathology, and about 88% of the patients in this study had records that could be reviewed.

For all cases, patients underwent general anesthesia due to the need to harvest fat from the abdomen. The recurrent carpal tunnel was treated with an open approach. The fat was harvested exclusively from the abdomen using Coleman cannulas and purified with the Puregraft system and washed with lactated ringer’s solution. The fat was injected around the median nerve without damaging the nerve. Post-operatively, patients were not splinted and were encouraged to become physically active as soon as tolerated. Patient follow-up appointment notes were reviewed and evaluated for symptoms and discussion of treatment options, including re-operation. The study groups were compared utilizing a t-test, setting significance at

In this review, the recurrent carpal tunnels treated thus far, excluding explicit nerve injury such as transections, neuromas in continuity, etc., totaled 81 cases. Statistical comparison between demographic variables demonstrated no statistical differences [Table 1]. About 80% of the patient had motor latencies or absent at the wrist and 68% had sensory latencies 3.6 ms or absent at the wrist. The rate of improving symptoms for performing a carpal tunnel release was only 50.0% and for performing carpal tunnel release with fat grafting was 92%, the Pearson χ2 was 17.1, and P-value < 0.00 [Table 2]. The average amount of grafted fat injected into the wrist was about 5.4 ± 3.8 mL. On average, patients presented with an initial recurrence at about 6.25 ± 0.91 years after their initial surgery. Patients were followed for an average of years after revision surgery. Improvement in symptoms was defined as improvement in clinical symptoms and no further scheduled or performed surgery.

Demographics of participants in the study

Outcome of the treatments of recurrent carpal tunnel

In terms of complications, we had one case of cellulitis and another patient presented with significant pain in the abdomen after surgery, a computerized tomography (CT) scan showed no abnormal pathology and the patient recovered.

Fat grafting as an adjunct to recurrent carpal tunnel surgery has been reported by various case series in 2000 and later in 2015[8,9]. The initial study demonstrated no difference in adding fat grafting and the latter demonstrated a dramatic improvement. Our study is larger in scope and followed for a longer period and fat grafting as an adjunct to treatment continued to improve outcomes for patients. Similar to previous studies, recurrent carpal tunnel release continued to improve symptoms in about 50% of patients.

The suspected mechanism of action is the differentiation of adipocyte-derived stem cells into Schwann cells and the release of trophic and anti-inflammatory factors[10-15]. These studies are based on work on animal models of nerve injury, yet there is no study correlating these hypotheses to the actual improvement in clinical studies.

One of the difficulties of these cases is the definition of recurrent carpal tunnel. Patients present with similar symptoms as before and sometimes after a period of improvement. Test such as electrical studies does not always correlate with symptomatology, about 25% of patient in this study demonstrated clinical symptoms without positive electrical studies[25]. In this study, it was general clinical symptomatology and physical exam presentation that prompted offering the patient further treatment. There is also a heterogenous assortment of techniques of the original carpal tunnel release, including endoscopic carpal tunnel release. The overwhelming majority of the recurrent carpal tunnel patients came from external referrals; therefore, the data is incomplete regarding the initial presentation of symptoms and overall evaluation. Even though these factors make the data less “clean” in terms of making statistical conclusions, it is the reality presented in the clinic for hand surgeons.

This initial data demonstrate a positive experience utilizing fat grafting as an adjunct to recurrent carpal tunnel release. There are gaps in the data, for example, the first recurrence is about 6 years after the first surgery, while the data provided only involve more than one year of follow-up. At this time, there is a statistically significant difference in the outcomes between the two groups, and these differences may disappear over time. The clinical symptomatology, including numbness and tingling, loss of sensation, muscle weakness, Phalen’s sign and Tinnel’s sign, was present in all cases, but improvement in symptoms was inconsistently documented and a detailed comparison could not be provided; overall, the patient’s symptoms improved. This study provides preliminary data that a simple adjunct can improve outcomes; therefore, we consider it worthy of further evaluation with a randomized controlled trial.

We would like to thank the Department of Surgery at Dartmouth Hitchcock Medical Center for their continued support.

Made substantial contributions to conception and design of the study and performed data analysis and interpretation: Rosen J, Cabrejo R

The retrospective review of data was approved by Dartmouth Hitchcock Medical Center Institutional Review Board, IRB#020000917. 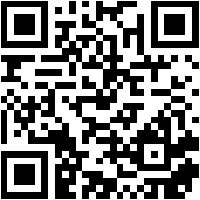