The management of chronic peripheral lymphedema benefits from a multidisciplinary approach in which magnetic resonance imaging (MRI) can play a key role. The imaging has been well described in the literature (including this journal), but the process for starting a novel imaging service line is complex. Participants in this process, including radiologists, imaging technical staff, information technologists, and revenue cycle managers, must be engaged and work in harmony to achieve success. The purpose of this article is to detail the building blocks and steps in starting a peripheral lymphedema MRI program, how our process evolved, and lessons learned along the way.

Limb lymphedema is a chronic condition characterized by accumulation of protein-rich fluid in the interstitium, adipose deposition, and inflammation leading to fibrosis and sclerosis[1-3]. For the plastic surgeon to most effectively manage the chronic lymphedema patient with modern microsurgical approaches such as lymphovenous bypass or vascularized lymph node transfer, peripheral MR lymphangiography (MRL) is a highly useful tool to noninvasively assess the anatomy and function of the lymphatic system, but is not widely available at most centers[4-8].

MRL is an MR examination in which the peripheral lymphatic channels and subcutaneous soft tissues of an extremity are evaluated in a multiparametric fashion[9]. A multisequence protocol provides an anatomical assessment of fluid and fat distribution, lymphatic contrast injection and subsequent imaging of lymphatic drainage, and intravenous contrast injection and subsequent imaging to assess venous outflow, comprehensively evaluating the extremity to guide treatment planning[5,10]. This manuscript will detail how to start a peripheral MRL program using an organized, methodical team-based approach, which will be divided into visioning, analysis, implementation, and reflection.

During this phase, the collaboration of key stakeholders is critical in crafting a vision[11]. In this case, the vision is to improve the care of lymphedema patients by offering targeted surgical therapy, guided in part by the diagnostic imaging of MRL. Collaborating with a radiologist to champion this effort is imperative, as the champion will identify colleagues within the radiology infrastructure whose shared efforts will be crucial in the success of the venture, such as radiologists who will perform the web space lymphatic injection and radiologists who will interpret the MRL exam (they may be the same individual or different), technical staff to build and perform the MR protocol, and ancillary staff to schedule, protocol, and bill for these novel exams[12]. Having an answer to every possible question is less important at this stage than openly communicating with the radiology department leadership about why this vision matters.

During this phase, the radiology champion may consider conducting a SWOT (strengths, weaknesses, opportunities and threats) analysis to determine current strengths and weaknesses and potential opportunities and threats[13]. In our case, strengths included a new state-of-the-art MR scanner with the latest technologies, MR technologists willing, familiar, and capable of building new MR protocols in collaboration with radiologists, a plastic surgery referral service strongly supportive of this initiative, and information technology (IT) and billing support. Weaknesses included the complexity of establishing a new service line, determining who would have the expertise, willingness, and availability to perform lymphatic injections, and expertise in interpreting an unfamiliar exam. Opportunities include being able to offer and market a unique new service line, growth of clinical revenue, and esprit de corps in collaborating to care for these clinically challenging patients. Threats include loss of patients to competitors offering these clinical services/imaging and loss of productivity in the lead-up to developing an efficient process for performing and interpreting these exams.

At this stage, we identified the key stakeholders outlined in Figure 1. We recognized that our musculoskeletal radiologists were ideally positioned to perform the web space lymphatic magnetic resonance imaging (MRI) contrast injection both physically, in close proximity to the MR scanners, and technically, as they are adept and comfortable in performing injections. A specific MR scanner was designated for performing these exams at two different campuses because of the availability of specific MR coils (a “runoff” or whole body coil to provide adequate anatomic coverage of the pelvic/lower extremity) and a large field of view needed to image the extremities efficiently[14]. An advanced MR technologist was recruited to assist in building the MRI protocol on the scanner and to perform the initial examinations with the supervision of the radiology champion. Our IT group was consulted early in the process to create the codes that would be needed to order these exams in the health information management system (HIMS) and modify the electronic form within the HIMS used by radiologists to protocol the exams. We also worked closely with IT to eventually build display protocols in the radiology picture archival and communication system (PACS) to display these exams for efficient viewing and interpretation. Scheduling was also more complex than a standard MR exam because of the need for injection of the lymphatic contrast to take place before the patient’s MR exam, but this workflow should be familiar to musculoskeletal radiologists who perform MR arthrograms with a similar workflow. Extensive discussions were undertaken with the coding and billing department to ensure that these exams would be coded and billed appropriately to minimize issues with insurance preauthorization and payment. The injection portion of the exam, which is performed without imaging guidance, may also be billable as a separate procedure. The design of this process must take into account the institutional, local, and national healthcare environment and guidelines, and will vary from site to site. 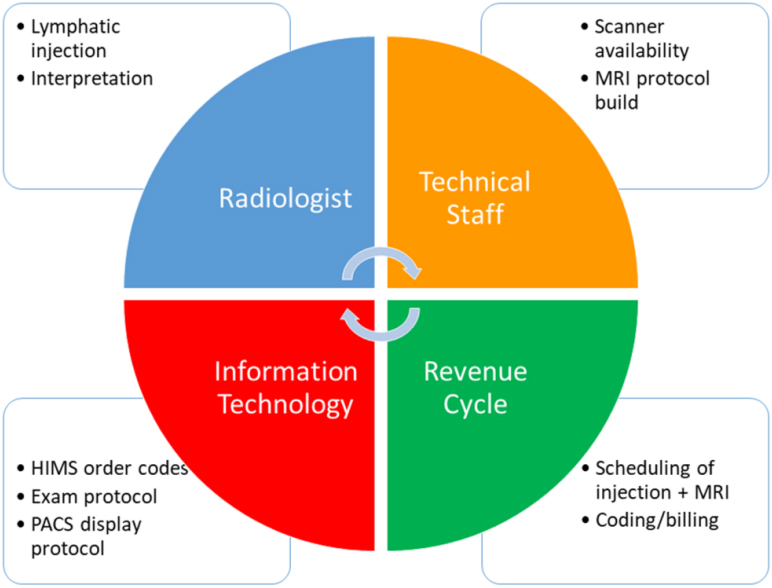 We achieved the following milestones during the development phase of establishing a new MRL service line:

- 4 months out - initial meetings to establish goal and vision

Our first clinical MRL exam took place approximately 5 months after the initiation of the project. As with any new endeavor, expected and unexpected challenges were encountered. The radiologist performing the webspace injections found that using a single 25-gauge syringe for injections was far simpler than multiple 30 gauge tuberculosis syringes. Reconstruction of the numerous imaging data sets on the scanner was lengthier than anticipated, and the volume of images for the first exam numbered over 25,000, creating difficulties in actually loading and reading the exam on PACS.

Iterative development of the clinical and imaging protocol has been an essential component of the success of the MRL imaging program. As we accrued more experience, several changes were made to the imaging protocol, including reducing the number of dynamic MRL acquisitions from every 5 min to every 10 min over a 30-min span, reducing the overall number of images. The upper extremity protocol was modified to include a large field of view image to allow at least a partial comparison of both upper extremities [Figure 2] and the imaging plane was changed from sagittal to coronal to make interpretation more straightforward. We developed a patient educational flyer [Figure 3] to prepare patients for what to expect during the exam and began having patients administer topical lidocaine to the injection web spaces prior to the exam to decrease discomfort. As we moved to a new PACS, a new display protocol was developed to make image interpretation more efficient. 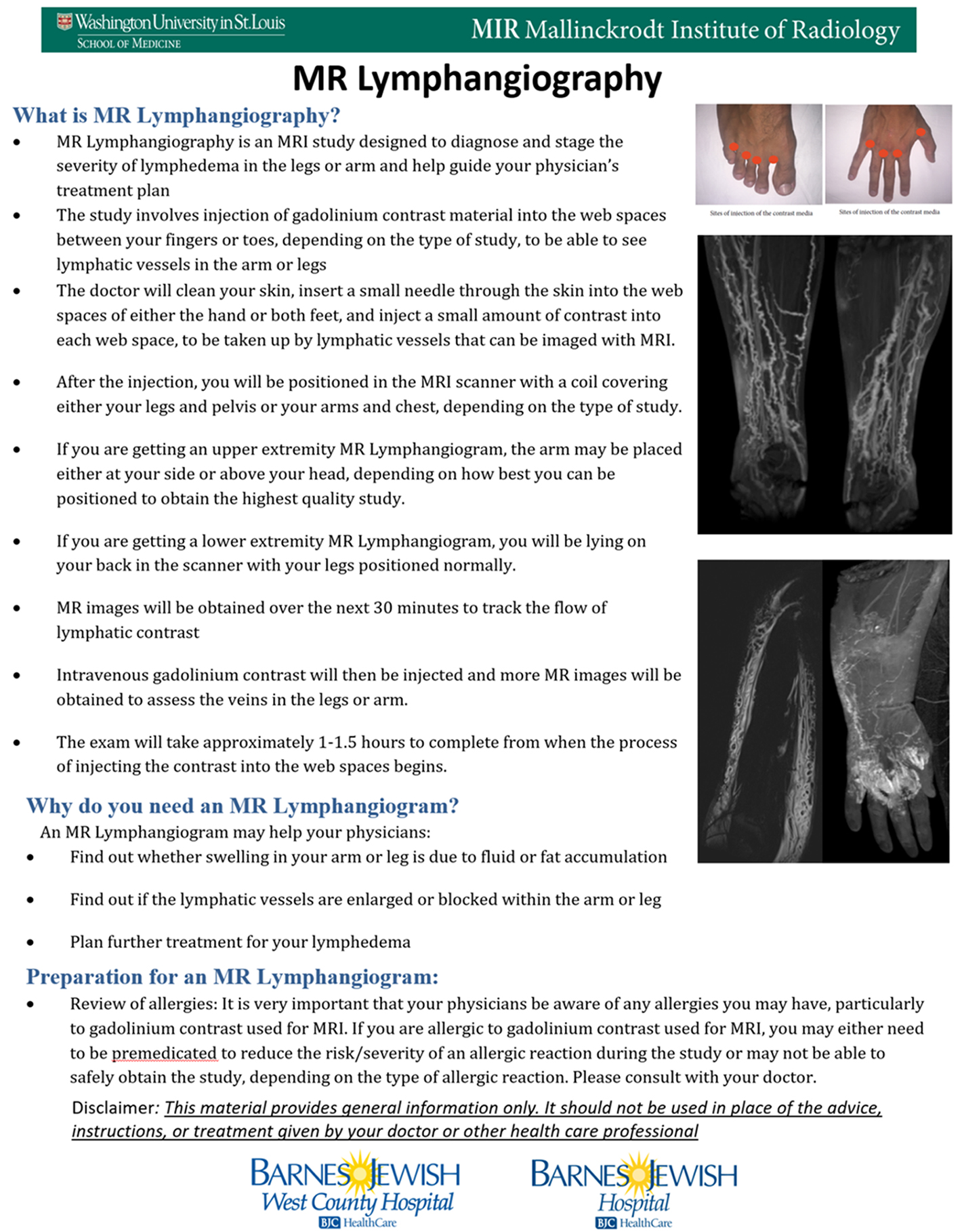 Figure 3. Patient educational flyer informing them of what to expect for their MRL exam. MRL: Magnetic resonance imaging.

Our current state is performing approximately 7 to 8 MRL exams per month, roughly 60% of the upper extremities and 40% of the lower extremities. The current MRL protocols are listed in Tables 1 and 2 for reference, with sample images in Figure 4. After initially only being performed by a single MR technologist at each site, other technologists now have the training and experience to perform diagnostic exams. A single radiologist still interprets most MRL exams in our practice, but educational material has been developed for other radiologists who have expressed interest to begin learning to interpret these exams. 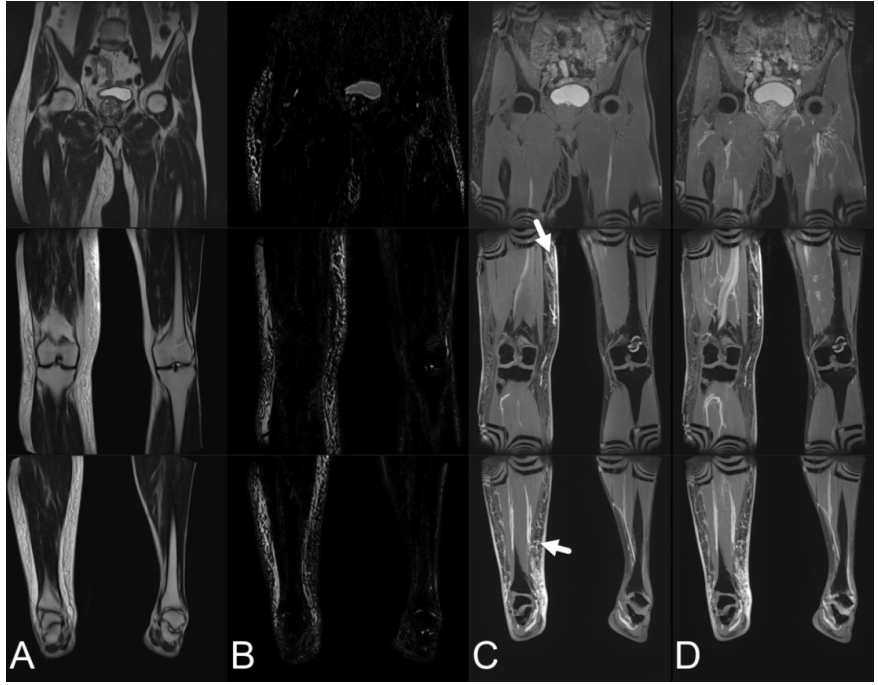 Establishing an MRL imaging program is not an impossible task but one that can be achieved with detailed organization. Every radiology practice is structured differently and what worked for us may not be feasible or advantageous for others. However, certain factors are important to keep in mind when setting up an MRL imaging program.

Positioning of patients for the upper extremity exam can also be variable, depending on what the patient can tolerate for a 45- to 60-min exam. Ideally, a patient would be able to keep their arm raised above their head, but this is frequently not feasible and the arm is then imaged at the side, creating challenges with the field of view and uniformity of image quality. Performing the exam on a newer large bore (70 cm diameter) MR scanner with a larger field of view is helpful for optimizing image quality.

Venous contamination after lymphatic injection is common and encountered on nearly every exam, likely due to intracutaneous transit of gadolinium into the veins[9,15]. We overcome this with the use of a delayed venogram to help differentiate superficial veins, which enhance more brightly after intravenous contrast injection, from lymphatic channels [Figure 5]. This is performed as the final acquisition (approximately 40 min after lymphatic contrast injection) 120 s after administration of intravenous contrast to allow for uniform venous enhancement. Some centers use a dual-agent relaxivity contrast (DARC) MRL technique in which intravenous ferumoxytol contrast is administered and images obtained in such a way to null blood vessel signal, limiting enhancement only to lymphatic structures[16,17]. However, the US Food and Drug Administration (FDA) warns of potentially fatal allergic reactions to ferumoxytol and urges IV infusion over 15 min and close monitoring for signs of allergic reactions, including blood pressure and pulse monitoring, for at least 30 min following infusion, creating additional logistical challenges if used[18]. 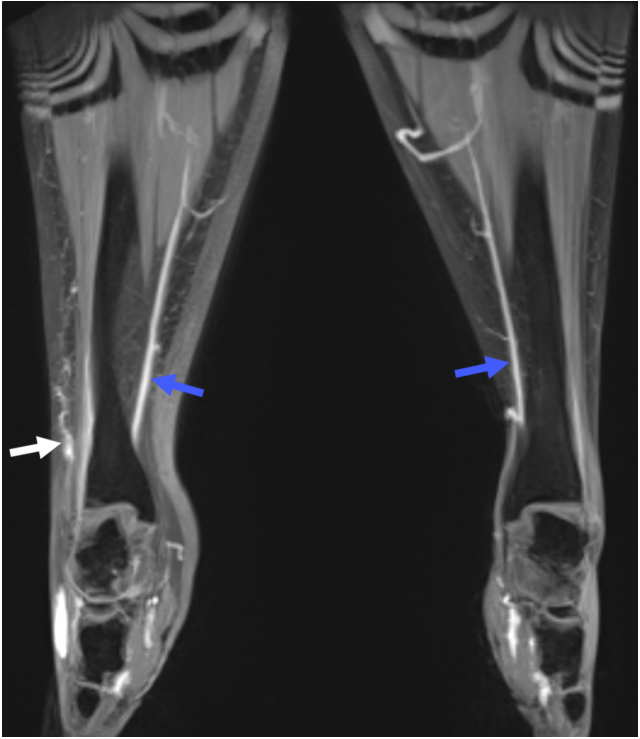 Finally, although direct cost-benefit analysis is not available locally nor previously evaluated in the literature, MRL is an expensive proposition, both in terms of the time and energy invested in starting a program and the actual cost of the exam to a patient. Before embarking on such a journey, factors such as surgical expertise, a comprehensive care infrastructure including lymphatic therapy, and adequate demand within the local population should be assessed to ensure sufficient need and volume as to support the new program.

MRL provides valuable noninvasive diagnostic information to the plastic surgeon to guide therapy of peripheral lymphedema. Establishing an MRL imaging program requires a multidisciplinary collaboration with clearly defined goals, a radiology champion to identify and work with stakeholders within radiology to build the components needed to schedule, perform, and interpret exams, and continuous iteration to improve the workflow to provide better clinical care to patients with chronic peripheral lymphedema.

The author contributed solely to this article. 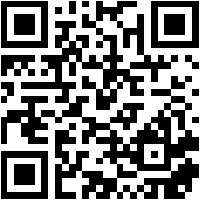