The flexor carpi radialis (FCR) is one of the long flexors, which is important in flexing and abducting the hand at the wrist. It originates at the medial epicondyle of the humerus and attaches at the base of the second metacarpal. Closed rupture of the long flexors of the finger is well-described, especially in association with rheumatoid hands. However, rupture of the FCR is rare; only eleven cases reported in the literature, most of them associated with scaphotrapezial-trapezoidal osteoarthritis. We describe one case of complete FCR rupture secondary to trauma, showing that long-term disability following FCR rupture is minimal.

Closed rupture of the long flexors of the finger is well described, especially in association with rheumatoid hands. However, rupture of the flexor carpi radialis (FCR) is rare with only eleven cases reported in the literature. Many of the described cases were associated with scaphotrapezial-trapezoidal (STT) osteoarthritis. We describe one case of complete FCR rupture secondary to trauma.

A 24-year-old right-hand dominant, professional male boxer suffered a traumatic blow to the left forearm during a sparring match. Four weeks after injury he presented to the clinic with a complaint of pain in his left wrist and a notable swelling in the region of the left FCR. On examination, there was tenderness along the course of the FCR as well as a palpable mass at the FCR origin. There was minimal loss of function on range of motion. Ultrasound/X-ray examination confirmed complete rupture of the FCR at its distal insertion. The FCR tendon and muscle belly retracted to approximately the proximal third of the forearm. In addition to the tendinous injury, radiograph revealed an osseous fragment attached to the distal end of the torn tendon.

Conservative treatment was decided to be the best management of this patient given the 4-week delay from onset of injury to presentation in the clinic. Furthermore, given the patient’s profession as an athlete and minimal functional impairment, the decision was made to avoid operative intervention and proceed to aggressive physiotherapy. He was followed at 3 months, 6 months, and 1 year, and was able to return to boxing 2 months after injury as deemed appropriate by the physical therapist, occupational therapist, and surgeon.

The FCR tendon runs through a synovial fibro-osseous tunnel in the forearm to its insertion at the base of the second metacarpal. As the tendon traverses the carpal bones, it passes over the ulnar aspect of the scaphoid tubercle and along a groove in the medial surface of the trapezium. Two laminae (superficial and deep) of the transverse carpal ligament enclose the FCR tendon. The superficial lamina inserts on tubercle of the scaphoid and trapezium while the deep inserts on the medial lip of the groove of the trapezium.[1] The tendon passes through the scaphotrapezial joint line to insert at the base of the second metacarpal. The course of the tendon over the scaphotrapezial joint is of importance because of the increased incidence of rupture associated with scaphotrapezial osteoarthritis.[1]

In the English and French literature, 11 cases of closed spontaneous ruptures of the FCR tendon are described. Five cases of rupture were associated with a severe rheumatoid collapse.[2] These cases were treated operatively with debridement and synovectomy, but no tendon repair. In 5 cases, STT osteoarthritis was the cause of the tendon rupture. In STT, osteoarthritis osteophytes extend from the joint and during extension can damage the FCR tendon sheath. In these cases, no tendon repair was done as there was minimal functional impairment.[2] One case of FCR rupture secondary to fracture of the distal radius was described.[3]

In the majority of cases, FCR rupture is a clinical diagnosis. Patients present with pain at the ruptured ends of the tendon. Palpation may reveal a gap along the course of the FCR.[4] X-ray or computed tomography (CT) may be useful in determining the etiology of the rupture if bony spurs associated with osteoarthritis are suspected.

Complete rupture of the FCR tendon is generally conservative, as the deficit is relatively minor.[2] Good functional results have been reposted from simple splinting.[5] Occupational therapy is considered the standard of treatment and consists of active and passive range of motion exercises after 3 weeks of splinting. Functional problems after tendon rupture are minimal, and retraction of the tendon stump often makes reattachment difficult.[5] In fact, the FCR is a useful donor for arthroplasty tendon can be safely used in the reconstruction.[6]

In the case of partial ruptures, management with immobilization has been reported to successfully treat pain.[7] Given the association of FCR rupture and osteoarthritis, severe and localized pain has been described to be worse than rupture of other tendons of the wrist.[8]

Rupture of the tendon of the FCR is rare. Our case as well as the literature review demonstrates that long-term disability following FCR rupture is minimal. Although, commonly associated with scaphotrapezial osteoarthritis, our case demonstrates that rupture secondary to trauma is possible and should be considered in the differential diagnosis of pain and swelling on the flexor surface of the wrist and forearm. 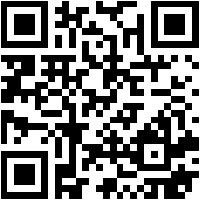