Aim: The aim was to study the impact of nationwide clinical practice guidelines for soft tissue sarcomas (STS), introduced in 1994 and again in 2005 in North Savo, Finland.

Methods: We retrospectively reviewed all the patients whose sarcoma was treated by a multidisciplinary team between the years 2000 and 2009 with mean follow-up time of 68 months. The patients were divided into 2 groups according to years: Group A (2000-2005, 72 patients) and Group B (2006-2009, 64 patients). Primary outcomes were local recurrence, metastases, and overall survival.

Results: Fifty-ﬁve percent were men with an average age of 59 years. The most common sarcomas were pleomorphic sarcoma (37%) and liposarcoma (26%). Although there were signiﬁcantly less amputations in Group B (A: 15%, B: 3%), there were more metastases (A: 10%, B: 23%) with an overall lower overall survival rate (A: 70%, B: 58%) than in Group A. Conversely, Group A had a higher 1st year survival rate (A: 100%, B: 87%). We found that upper limb sarcomas were more likely to be diagnosed with incisional biopsies, but there was no correlation between incisional biopsy and recurrence, metastases or survival.

Conclusion: Due to nonadherence of the 2005 national treatment recommendations, there has been no improvement either in management or survival. The importance of educating guidelines to doctors referring patients to specialized units cannot be overemphasized to affect successful management in the treatment of STS.

Soft tissue sarcomas (STSs) are a rare group of heterogeneous malignant tumors derived from mesenchymal cell lines.[1] They represent approximately 1% of all malignancies.[2-4] STS can occur at any age, but the peak of incidence is in the late adult life. Introduction of multidisciplinary teams and referral of patients to specialized care units with diagnostic radiology, histopathology, surgical expertise and neoadjuvant and adjuvant therapy has improved the management of STS.[1]

The Hospital District of North Savo is comprised of 7 hospital areas and 855,000 (year 2000) and 843,000 (year 2009) inhabitants. The multidisciplinary STS group of Kuopio University Hospital was established in 1994. The group meets on a weekly basis to discuss the best approach for each patient with STS utilizing a multidisciplinary team.

In this study, we analyzed all patients whose sarcoma was evaluated by this multidisciplinary team over a 10 years period: 2000-2009. At the beginning of the study, the algorithm for examination and treatment in primary health care for STS was not what it is today. To increase awareness regarding tumor diagnostics, accurate biopsy methodology and imagining, the current clinical practice guidelines were introduced to the primary care units and tertiary centers by lectures and bulletins. Guidelines included tumor characteristics necessitating referral to specialized units. These were a fast-growing mass, diameter wider than 5 cm, location close to the deep fascia, development of pain in a previously painless lump and a newly formed tumor in the same location as benign tumor noted previously.

In order to measure the impact of the multidisciplinary groups and clinical guidelines, we divided the time period into 2 parts and compared the results of treatment. The first period, Group A, comprised the early part of the study (2000-2005) when the knowledge was still poor. The last 4 years after introduction of guidelines (2006-2009) comprised the second period as Group B.

The aim of this study was to determine, if there were any differences in the outcome of STS in Hospital District of North Savo, when diagnostic methods, the treatment results, local recurrences, metastases, and overall survival were analyzed between the 2 periods.

All the material was retrospectively collected from the files of multidisciplinary sarcoma group meetings. Accordingly the patients’ medical reports were reviewed for medical data. The patient demographics were collected [Table 1]. The interval between the symptoms and the histological samplecollection was measured, and information about tumor characteristics (the type of the sarcoma, tumor size, location, grade, sample collection method, metastasis, and recurrence) were clarified [Table 1]. In addition, we studied if there were any previous condition, which required surgical intervention in the sarcoma site. Furthermore, the patients’ previous oncological treatments before the sarcoma diagnosis were examined [Table 1]. Desmoid tumors were excluded from the study.

Description of patients, treatment and survival characteristics of the 135 patients with soft tissue sarcoma treated in Kuopio University Hospital years 2000–2006 (Group A) and 2006–2009 (Group B)

Samples were studied by an experienced pathologist, (Professor Ylermi Soini), and classified according to the guidelines of the World Health Organization: classification of soft tissue and bone tumors using routine H and E staining and immunohistochemistry including vimentin, desmin, S-100, protein CD34, sytokeratin PAN (AE1/AE3), Ki67 (all from Roche Biotechnology) and desmin (Dako, Glostrup, Denmark) and stained with an automatic immunostainer (Ventana and Dako).

The study was approved by the Ethical Committee of Kuopio University Hospital, and all patients gave their written informed consent for participation in the study 15/2009.

When the total time period (2000-2009) was analyzed, the most common sarcomas in descending order were found to be pleomorphic sarcoma (37%), liposarcoma (26%), fibrosarcom (10.4%) and leiomyosarcoma (9.6%) [Table 2]. Pleomorphic sarcoma was equally common in both genders (38%), as so was leiomyosarcoma (men 9.5%, women 9.8%). Fibrosarcoma was found to be more than twice as common in men (14.9%) than women (6.6%). Liposarcomas, fibrosarcomas, synovial sarcomas and chondrosarcomas occurred usually in young adults and in middle-aged people. Among elderly patients' liposarcomas and pleomorphic sarcomas were the most common tumors. The incidence of leiomyosarcomas was same in all age groups studied.

In this study, 89 tumors (66%) were diagnosed with core needle biopsy (CNB), 5 (4%) with a fine-needle biopsy, while 24 tumors (18%) were excised for the histology and 14 (10%) were analyzed by incisional biopsy (excision with positive margins). In Group A, 47 were (66%) diagnosed with CNB, 11 (16%) with excisional resection, 2 (3%) with fine-needle aspiration biopsy (FNAB) and 9 (13%) with incisional biopsy. In the Group, B 42 were (66%) diagnosed with CNB,13 (20%) with excisional resection, 3 (5%) with FNAB and 5 (8%) with incisional resection. The number of tumors that were diagnosed by incisional biopsy was found to be high if the tumor was located in the upper limb (P = 0.002). These incisional biopsies were performed in tertiary centers or in local hospitals without consulting specialists. However, there were no statistical difference between the sampling methods used when occurrence of metastases, local recurrence or death were analyzed.

The most common surgical treatment was wide local excision (56 patients, 42%). Total myectomy was done for 49 patients (36%) and amputation for 13 patients (10%). Seventeen patients (13%) were treated conservatively. When comparing the groups, there were no differences between operation methods except for the amputation rate. Limb amputation were done to 11 patients in Group A, whereas only 2 in Group B. In this study, 63 patients (47%) received radiotherapy and 15 patient’s chemotherapy (11%). There were no differences in adjuvant therapy between the 2 groups.

In Group A, 8 out of 10 recurrences were high-grade tumors (7 pleomorphic sarcoma, 1 leiomyosarcoma). Two tumors were low-grade sarcomas (liposarcomas). Six of the 10 patients died with recurrences during the follow-up time of 5 years.

In Group B, 12 tumors recurred, from which 5 were pleomorphic sarcomas, 3 liposarcomas, 2 fibrosarcomas, and 2 angiosarcomas. Ten of these 12 tumors were high-grade tumors. One was a low-grade liposarcoma, which was diagnosed by incisional biopsy. Four patients were diagnosed with an excisional biopsy, and 3 were operated intralesionally for diagnosis. Four patients got lung metastases and 8 died during the follow-up time. There were no significant differences in local recurrence between the 2 groups.

A total of 48 patients (36%) died during the follow-up time. Seventeen patients were treated conservatively without surgical intervention. These patients were either unsuitable for operation because of their co-morbidity, or they declined the surgery. Among all the patients who underwent surgery, mortality rate was 23% (31 patients). 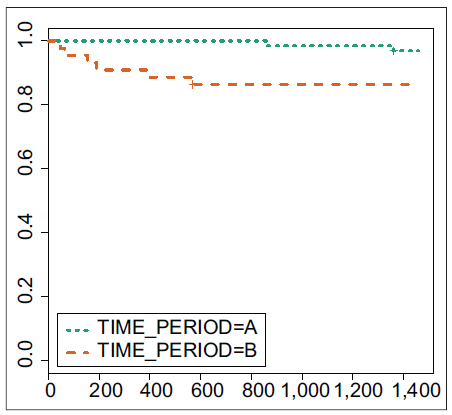 Figure 1. Soft-tissue sarcoma specific survival between the time periods; Group A (green) and Group B (red)

The present study shows that increasing the general awareness about STS management among general practitioners did not improve either the results or the survival. But it may have improved the referral rate after the knowledge about tumor diagnostics improved. In the latter years of the study, the number of sarcoma patients increased. In the year 2001 there were 8 patients diagnosed with STS, in 2008; 19 patients and in 2009; 15 patients. This likely resulted from improved knowledge of these tumors by primary care practitioners and improved referral patterns to specialized units.

When comparing our single institution’s STS results with a nationwide population based study in Finland, no statistically significant differences in surgical treatment, local recurrence, metastasis or survival were noted.[5] STS local recurrence in our series was 22% and as opposed to 30% in earlier studies.[1]

In this study, Group B had more metastases [Figure 1] a lower survival rate as well as a shorter survival time. We also noted that the 1st year survival was better in Group A. Because this was a retrospective study, we were not able to analyze the effect histologic grading on cervical. Between the years, 2000 and 2009 sarcomas were primarily divided into 3 histologic grades: grade I presenting the low-grade tumors and Grade II and III the high-grade tumors. This histological grading system is proposed by the French Federation of Cancer Centers and is the most commonly used system for assigning tumor grading.[6,7] Although there were only minimal differences in grading between the groups, it is notable that Grade III tumors were equally prevalent in the 2 groups studied: (A: 43%, B: 45%).

Despite the grading, we found that tumors in the Group B to be more likely to have metastases with a lower overall survival rate. After consideration of all parameters studied, we found that there were more trunk sarcomas in the Group B. Many studies have shown that sarcomas located in the trunk (chest wall, internal trunk and retroperitoneum) have a worse prognosis and a higher rate for local recurrence.[1,8,9] This is mainly due to the difficulty of gaining adequate resection margins and lack of thick barriers such as the muscle fascia’s.

Interestingly, a remarkable number of upper limb tumors were diagnosed by an incisional biopsy. This was done in either tertiary centers or local hospitals with appropriate consulting. Presumably, the delay between detecting the lump and getting treatment was short because upper limb tumors are easily found by the patients themselves, and even small tumors are visible in this area. However, this study showed that even though the tumors were biopsied incisionally, this did not result in cancer spreading or poor survival. The patients whose tumors were incisionally biopsied had the same outcomes with those whose tumors were diagnosed according to the national practice guidelines. According to the literature, the risk of residual tumor tissue is 24-60% after an unplanned surgery[10,11] and therefore confirms the fact that unplanned surgery increases the risk of local recurrence.[12,13] But still many patients are operated in tertiary centers without accurate imagining and biopsy.[14,15]

There were many patients who had had a previous benign tumor in the same location. In addition to the previous tumor diagnosis and treatment, the newly formed tumor should always be examined as an independent disease, according to the recommendations. Furthermore, we found that in some cases histological evaluation was never made and thus the diagnosis was delayed.

National guidelines are still not being followed correctly. Sarcomas are being incisionally biopsied without appropriate imagining. A failure to implement guidelines is primarily due to the rarity of this malignancy. Only a few doctors come to face STS during their practice and therefore the guidelines are not easy to remember. To increase the awareness of tumor diagnostics, the national guidelines should be effectively and repeatedly processed in tertiary centers. Written recommendations in the Internet are not enough. Guidelines have to be introduced by personal education, lectures, and program with easy availability to all doctors who take part in referring patients to specialized units. 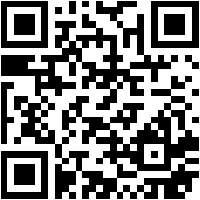