Lymphovenular anastomosis under local anesthesia for the patients at higher ASA PS score: benefits and results

This article belongs to the Special Issue Recent Advances in Microsurgery for Lymphedema
Views:688 | Downloads:206 | Cited:

© The Author(s) 2021. Open Access This article is licensed under a Creative Commons Attribution 4.0 International License (https://creativecommons.org/licenses/by/4.0/), which permits unrestricted use, sharing, adaptation, distribution and reproduction in any medium or format, for any purpose, even commercially, as long as you give appropriate credit to the original author(s) and the source, provide a link to the Creative Commons license, and indicate if changes were made.

Methods: From January 2019 to January 2021, we collected a total of 29 patients with lymphedema stage III and IV, operated upon with LVA by a single surgeon in a medical center. These patients had poor responses to compression therapies. After surgery, the patients underwent complex decongestive therapy consisting of the continuous wearing of an elastic stocking. To examine the effect of LVA, all data were collected, and differences in preoperative and postoperative means were analyzed.

Results: Twenty-nine patients with high ASA PS score (> 3) were followed after lymphovenular anastomosis and postoperative compression therapies. Twenty-one of 29 patients were survivors of oncological diseases and continued oncological therapies. The average duration of edema of these patients before LVA was 25 ± 5.0 years. The average number of anastomosis for each patient was 6.8 ± 2.2; the methods of anesthesia had no significant influence on these numbers. The average follow-up period was 7.8 ± 0.85 months, and the result was considered effective (26/29 patients; 89.7%). The average reduction of the circumference in affected limbs was 4.40% ± 3.67% of the preoperative excess length. There were no perioperative complications in this study.

Conclusion: Lymphovenular anastomosis can be performed under local anesthesia, especially in patients with high risks of general anesthesia (ASA PS score > 3). By this way, we could achieve adequate anastomosis and effective treatment of lymphedema in advanced cancer patients as well.

The lymphovenular anastomosis (LVA) procedure was presented and described for the first time by professor Olszewski[1]. In 1977, O’Brien et al.[2] developed microlymphaticovenous anastomoses for obstructive lymphedema with a promising results. Using LVA to treat lower limb lymphedema is also well documented in the past literature[3]. The American Society of Anesthesiologists Physical Status (ASA PS) classification system is a method of characterizing patient operative risk on a scale of 1-5. It can be a reliable, independent predictor of medical complications and surgical mortalities[4]. Local anesthetics are safe, effective drugs that provide transient insensibility to pain in a limited area of skin[5]. Local anesthesia allows for low-risk surgery to occur for high-risk patients with complications, especially those with high ASA PS scores. However, local anesthesia is the usual choice of anesthesia in Japan[6,7]. In this study, benefits and results were evaluated in LVA for limb lymphedema between local anesthesia and general anesthesia in the patients at high ASA PS score.

From January 2019 to January 2021, a total of 29 patients with lymphedema including stage III and stage IV were treated with LVA by a single surgeon in a medical center [Figure 1]. These patients, who had been treated with compression therapy, showed little improvement, or no change of the circumference of the affected limbs. After surgery, the patients continued complex decongestive therapy (CDT) including a continuous wearing of an elastic stocking and daily exercises. For an objective assessment of results, the circumferences of the affected and opposite normal leg were measured at 15 cm above the superior border of the patella, at 15 cm below the inferior border of the patella, at the ankle, and at the foot. Measurements were made at admission, 2 weeks, and 3 months after LVA in our outpatient clinic. For upper limbs, the circumferences of the affected and opposite normal arm were measured at 10 cm above the elbow, at 10 cm below the elbow, at the wrist, and at the hand at the same time intervals [Figure 2]. To examine the effectiveness of LVA, differences in preoperative and postoperative means were analyzed using the paired samples t-test. Differences in proportions were analyzed using the Chi-squared test. 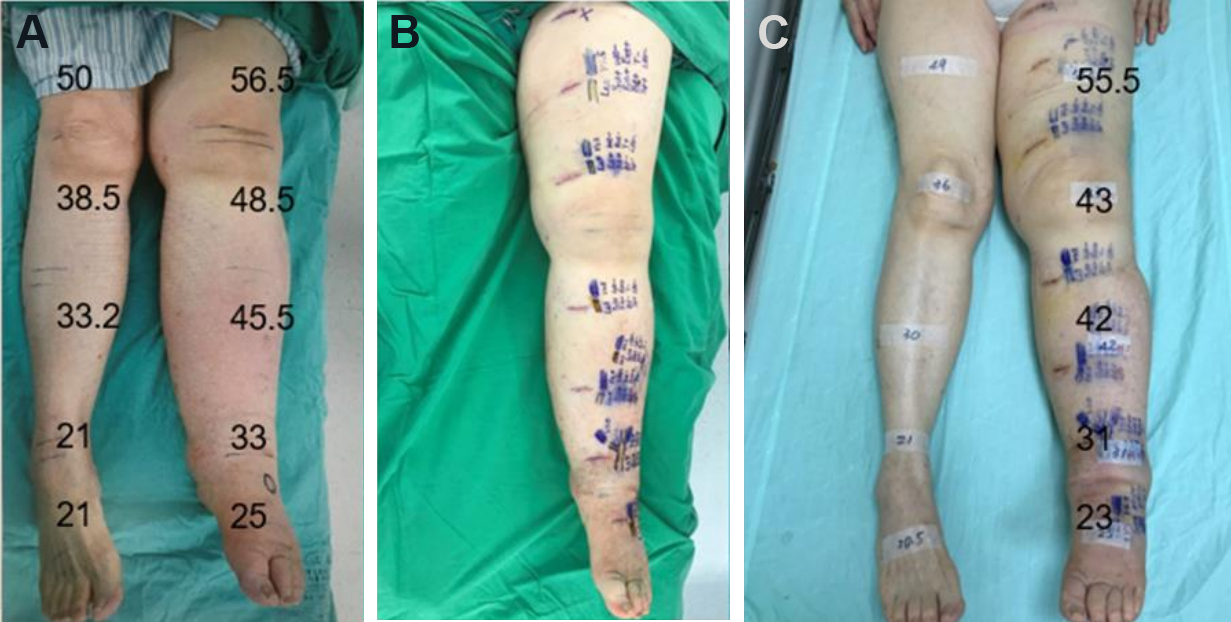 Figure 2. We present measurements of leg circumferences at admission (A), postoperative day (B) and 2 weeks at outpatient

The characteristics of the patients with lymphedema

The characteristics between local and general anesthesia patients with lymphedemanular anastomosis

Secondary lymphedema of the upper and lower extremities related to prior oncologic therapies is a major cause of long-term morbidity in cancer survivors. Both non-surgical and surgical management strategies have been used for volume reduction of the affected extremity, and improvement in patient symptomology, as well as the reduction/elimination of lymphedema-related morbidities, including recurrent cellulitis. Lymphovenular anastomosis or lymphovenous bypass, a surgical procedure where lymphatic vessels in a lymphedematous limb are connected to nearby small veins or venules using microsurgical/super-microsurgical techniques, is considered a promising solution. It allows the clearance of lymphatic fluid from the affected limb, by utilizing the venous system back to the systemic circulation. A microsurgical anastomosis is created between the overloaded lymphatic channels, proximal to the site of the lymphatic obstruction, and nearby venules. Moreover, the procedure involves very little surgical site morbidity as the incisions are localized to the affected limb and are less than 2 cm in length. However, this procedure usually is performed under general anesthesia[8]. In the past literature, there are two articles that mentioned that LVA could be performed under local anesthesia. In 2004, Koshima et al.[3] first described minimal invasive lymphaticovenular anastomosis performed under local anesthesia for 52 lymphedema cases with a leg circumference reduction of 41.8% in a 2-year follow-up. In 2014, Chan et al.[8] also described local anesthesia could be an option for LVA with low visual analogue scale of both intraoperative and postoperative pain. But there is no series study in the patients with high ASA PS score.

Complex decongestive therapy, which is one of the physical treatments for lymphedema, can be effective for advanced cancer patients who cannot tolerate general anesthesia. In 2018, Cobbe et al.[9], mentioned that 14 patients had a significant reduction of volume in 21 patients as 5.3% in the 3rd treatment and 9% in the 6th treatment. In addition to the reduction of volume, CDT is also effective in decreasing skin thickness, improving of volume changes, and increasing quality of life such as better function, improved limb aesthetics, and less pain and tightness. In 2020, Qiu et al.[10] showed the effectiveness of LVA with a significant reduction in upper and lower limb circumference was observed in 52% of patients with a mean decrease of 6% in a 24-month follow-up. LVA could not only improve limb circumference but also quality of life in cancer patients. In our study, LVA under local anesthesia provides another option of lymphedema treatment for these oncological patients who have poor responses to CDT. LVA is still effective for the refractory patients of CDT (26/29; 89.7%). Although, our reduction rate of the circumference is 4.40% ± 3.67% of the preoperative excess length, less in comparison to previous studies (41.8%, Koshima in 2004); however, similar to the results of Qiu et al.[10] in 2020. The effectiveness of LVA will last for 2 years after the surgeries. In our study, our patients were followed at 7.8 ± 0.85 months. Moreover, 21 patients have ongoing oncological therapies while they received LVA. Three patients showed no improvement because of cancer progressions and one patient was expired 3 months after LVA. As a result, LVA seems to have better response rate for compression therapy in advanced cancer patients.

For most oncological patients, especially with higher ASA PS score, general anesthesia is a potential risk for postoperative morbidities. The ASA PS classification system was first introduced in 1941. In 2015, described ASA PS was not only found to be associated with increased morbidity and mortality, but independently predictive when controlling for other comorbidities. The postoperative morbidities, including deep vein thrombosis, pulmonary embolism, reintubation, failure to wean from ventilator, renal insufficiency, renal failure, coma, stroke, cardiac arrest, myocardial infarction, peripheral neural deficit, pneumonia, urinary tract infection, systemic sepsis, or septic shock, can be severe and are ideally avoided. Therefore, instead of general anesthesia, local anesthesia could be the resolution for LVA in patients with high ASA PS score to reduce the surgical morbidities. Therefore, general anesthesia should be preserved for vascularized lymphatic vessel transfer or lipectomy in the patient at high ASA PS score. In 2020, described local anesthesia is a practical choice of anesthesia in Fowler’s Position because of the lower invasiveness of LVA. In our study, we have 21 patient who receive ongoing oncological therapies. Among this study, local anesthesia does not decrease the numbers of lymphaticovenular anastomosis and neither compromises the reduction of limb circumferences at 3 months follow-up. Besides, there were no complications in our study. With LVA under local anesthesia, safety and effectiveness can both be achieved in advanced cancer patients with high ASA PS score (> 3).

Thanks to Professor Koshima Isao for leading me into the field of supermicrosurgery. I appreciated his kindness in my fellowship from April to October in 2020 at Hiroshima University Hospital of Japan.

Completed all surgeries of these patients and wrote the article: Chen CC

Helped in the data collection and patient care: Chen CC

Helped in data analysis of the article: Chang CC

Data will be deposited into data repositories or published as supplementary information in the journal. 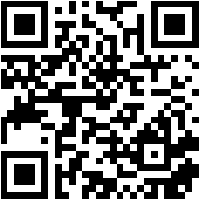