John et al.[1] describe five cases in which a keystone flap was performed for reconstruction of lower extremity defects. In an attempt to address the difficulty of reconstruction of these defects, that is, limited skin laxity, thick deep fascia, and limited availability of perforating vessels, the authors propose identifying the perforating vessels to facilitate flap movement. Vessel locations were detected preoperatively with a Doppler probe. Subfascial dissection of the flap was performed in order to identify the perforators. However, further skeletonization of the vessels was not performed.

Of the 5 cases in this series, 2 are detailed in the article and describe elliptical defects of 20 cm × 9 cm and 16 cm × 7 cm. Only limited defects that required a local flap advancement of up to 3 centimeters were included, as the authors contend that this is the maximal possible advancement of the flap without skeletonization.

Behan was the first to describe the keystone flap concept in 2003.[2] He described four subtypes of flaps: (1) type one, the classical flap in which very little elevation from the flap bed is performed; (2) type two, allows additional flap advancement by performing a dissection of the lateral deep fascia margin; (3) type three, the use of two keystone flaps in order to repair larger defects; and (4) type four, where subfascial undermining of up to 50% of the flap is required to allow flap movement. All four types of fasciocutaneous flaps do not require identification of the perforators prior to elevation of the flap. Emphasis is made on performing a blunt dissection in order to preserve as many vessels as possible. In this paper, keystone flaps were used to reconstruct trunk and limb defects.

Reconstruction of lower limb defects with the keystone design island flap was subsequently reported by several authors. Khouri et al.[3] reported a case series of 28 large defects of the trunk and extremities. Lack of local tissue laxity was significant enough to make the patients candidates for microvascular reconstruction. Preoperative identification of the perforators by a Doppler probe was performed in the smaller reconstructions. According to the authors, this was deemed unnecessary in larger defects because of the frequency of such vessels throughout the body and the assumption that adequate perforators would be present in a larger flap design. During the procedure, care was taken to ensure the incision was carried down to muscular or deep fascia in order to enhance mobility. A deeper incision was not necessary. Although the series had high-complication rate when all minor wound healing issues were considered, the success rate was reported to be 97%, with only one patient requiring reconstruction by an alternate method.[3]

Additional reports of the use of the keystone flap for lower limb reconstruction demonstrate that this flap can be closed under relative tension,[4,5] since muscular perforator arteries, which exit the surface of the muscle to enter the subcutaneous tissue from directly beneath the flap, there is minimal risk of ischemic necrosis.

Moncrieff et al.[6] published the largest series of flap reconstructions for melanoma of the leg, describing the keystone flap as “the end of the skin graft.” The study included 176 patients with primary melanomas of the lower limb. In some of the cases in this series, a modified technique was used, in which dermis was incised full thickness, but not deeper, on the lateral border, and the subcutis was released with gentle blunt spreading dissection. The average diameter of the excised specimen was 2.6 cm. The reconstruction comprised 106 standard, 65 modified, and 5 double-opposing type keystone flaps performed from the proximal leg to the dorsum of the foot. The modified technique of the keystone flap, with decreased tissue dissection, was associated with a significant decrease in major complication rate.[6]

Minimizing tissue dissection helps to minimize complications in this type of procedure. For larger defects, more extensive dissection may be warranted to facilitate tissue movement, as described by Behan as keystone flaps type 3 or 4. Preoperative identification of the perforating vessels may contribute to a more accurate flap design. However it has not been demonstrated that it is essential in order to perform a deeper dissection. The selection of limited defects in this work does not allow the authors to conclude that identification of perforator vessels allows better mobilization of the flap. However, we feel that it does facilitate safe elevation of a flap with the knowledge that a perforator is present within the flap design. Having said that, by dissecting out one or two main perforators, many other smaller vessels are transected. While it is likely that the majority of the flap will survive, there is a potential for marginal necrosis from ischemic or congestive insults, as a result, of this “over-dissection”. As this plagues other types of flaps (such as propeller flaps and free flaps), a case by case assessment should be made, as always.

A minor point to consider is the length of operative time required for the keystone flap procedure. The OR time in keystone flaps, as described in the literature, was less than two hours.[3,7] This length of time is significantly shorter than most microsurgical procedures, and it is one of the advantages of the keystone-design flap technique. Although not stated, it follows that the identification and skeletonization of perforators would prolong OR time (as well as increase the rate of complications).

In conclusion, the keystone island flap is a useful technique to close both small and large defects of the lower extremities. The advantage of preoperative identification of perforators may allow further flexibility in the utilization of the flap. We encourage the authors to continue to share their experience with this technique, in order to substantiate its role in lower limb defect reconstruction, and expand the variety of defects it can be implemented for. 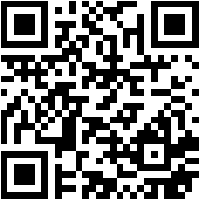