Aim: The purpose of this study was to assess the self-perception of patients toward their dental appearance using the aesthetic component (AC) of index of orthodontic treatment need (IOTN) index and whether age and gender had any influence on it.

Methods: Across-sectional study was carried out to assess the perceived esthetic impact of malocclusion in 16-24 year-old subjects selected from the rural population of Faridabad, Haryana, India. The sample was divided into two groups, older adolescents and younger adults, and the AC of the IOTN index was applied.

Conclusion: While the age seemed to have an impact on the perceived esthetic impact of malocclusion, the gender did not seemingly influence this self-perception.

Human self-esteem is influenced by acceptable physical appearance, including the condition of the teeth. Further, well-aligned teeth and a pleasing smile reflect positively at all social levels, while irregular or protruding teeth reflect negatively. The major desire for orthodontic treatment is usually related to aesthetics, and to look attractive for self-esteem. Altered dentofacial esthetics and malocclusion less frequently compromise oral function but can influence a person’s self-esteem, emotional development, and social integration worldwide.[1-3]

Although dissatisfaction with dental appearance is broadly related to occlusal irregularities,[4,5] there are differences in the recognition and evaluation of the dental features.[6,7] Studies revealed that people seem aware of their malocclusion trait, but they do not perceive a need for treatment to the same extent as a dentist or an orthodontics.[8,9]

Facial features may be viewed differently in different races and what is considered as pleasing in one race might not be so in another race.[10] The perception of beauty not only is an individual preference, but also might have cultural and ethnic biases.[11-13] Cultural, social and psychological factors and personal perceptions influence what an individual might consider to be physically attractive. It has been seen that physical attractiveness plays a major role in social interaction and influences the impression of an individual’s social skill.[14,15]

It has also been suggested that age, gender, and socio-economic background are factors playing a role in the self-perception of dental appearance.[16,17] Dentofacial esthetics is an important motivational factor to seek orthodontic treatment, therefore, an improvement in appearance should be an essential treatment goal.

Personal esthetic perceptions of the dentofacial complex and the associated psychosocial need are directly reflected in perceived need for orthodontic care. Treatment is, therefore, often influenced more by demand rather than by need.[18] In the past, orthodontic treatment need was evaluated from a strictly professional viewpoint (normative need), but several studies have stated that self-perceived dental appearance is also important in the decision to seek orthodontic treatment.[19-21]

Although dissatisfaction with dental appearance is broadly related to the severity of the occlusal irregularities, there are differences in the recognition and evaluation of the dental features.[14,22] For this reason, professional opinions regarding evaluation of facial esthetics may not coincide with the perceptions and expectations of patients.[23,24]

The aims of present study were to:

The study protocol was approved by Institutional Ethical review committee of Sudha Rustagi College of Dental Sciences and Research, Faridabad. Voluntary consent was obtained from each participant before the study.

A cross-sectional study was carried out to assess the perceived aesthetic impact of malocclusion in 16–24 year-old subjects selected from the rural population of Faridabad, Haryana, India. A pilot study was conducted to assess the methodology and to estimate the sample size. A sample size of 990 was calculated to be satisfactory. Older adolescents and younger adults were selected since they are at an age when facialaesthetics including those of teeth are of importance. A stratified two-stage cluster sampling technique with villages as the primary sampling unit was utilized. All subjects between 16 and 24 years old, willing to participate and to give their consent, were selected. Subjects with presence of mixed dentition, any structural abnormality in the teeth concerned and those undergoing or with a history of any orthodontic treatment were excluded. The study was conducted from July to November 2013.

The perceived orthodontic treatment need was assessed using the AC of IOTN.[25]

All readings were recorded on a specially prepared form.

A single calibrated examiner performed all measurements. The intra-examiner test was performed in the measurement of the IOTN-AC. Reliable results were seen with κ = 0.82.

Each subject was shown 10 colored photographs depicted in the AC of IOTN [Figure 1] and was asked to choose the one with the closest resemblance to their actual smile. This was done on memory recall basis, and the subjects were not allowed to check their smile in the mirror. The score of the chosen photograph was used to determine the perceived need for orthodontic treatment. A definite need of treatment was represented by photos 8-10, while borderline and no need for orthodontic treatment were represented by photos by photos 5-7 and 1-4, respectively. 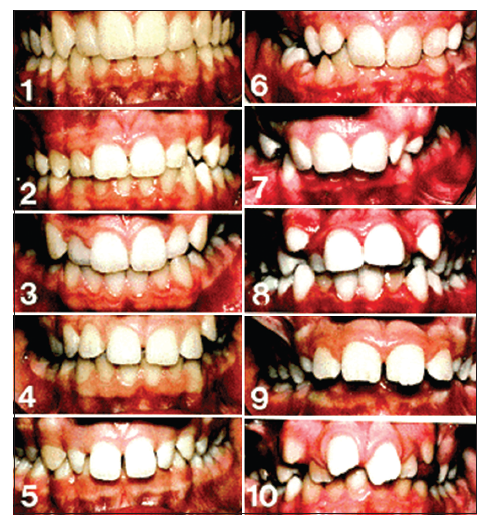 Figure 1. Photographs depicted in the esthetic component of the index of orthodontic treatment need (IOTN)

Table 2 represents the distribution of the individual scores according to the IOTN-AC index. Maximum number of subjects (n = 165) reported a score of 3, followed by score 1 (n = 156). Score 10 was reported by least subjects (n = 24).

Table 3 represents the gender-wise differences according to the IOTN-AC scores. The differences were not found to be statistically significant in relation to the perceived needs (P = 0.095).

The sample analyzed composed of older adolescents and younger adults ranging in age between 16 and 24 years old. People of this age range tend to be more socially aware and conscious about their appearance than a comparatively younger school going population. Further, young people tend to show less physiological wear, wasting diseases, and periodontal diseases in their teeth which if present might affect the accuracy of the method.

In this study, it appeared that the gender of the patients did not influence the perception of their own dentition. The female and male subjects of both age groups had a tendency to score their dental appearance more favorably and allocate themselves toward the more attractive end of the scale.

When self-perceived orthodontic treatment need was evaluated by means of the AC of IOTN, only 12.12% of the subjects self-scored as presenting a definite need for orthodontic treatment. Consistent to some other studies, no statistically significant differences were observed in perceived orthodontic needs according to gender.[15,18] However, these findings were not consistent to those of other studies.[24,27-30] This is probably because subjects were from a rural area and had a general lack of awareness of the presence of malocclusion. The race, level of expectations (probably affected by their culture), and socioeconomic status of each population might also contribute to this.

Statistically significant differences were found for perceived needs according to age. Significantly greater part of the older adolescents (60%) self-scored as presenting a definite orthodontic treatment need compared to younger adults. Similar findings were observed in a study conducted by Alhaija et al.[30] where significant differences were found when age groups were compared for the perceived need for treatment. However, this is in contradiction with some other studies[16,24,28,29] where significant differences were not seen. Adolescence is the time when concern over appearance and facial attractiveness is developing, which translates to an increased awareness of body image. Teenagers, in particular have been found to attach great importance to an attractive dental appearance. The differences between studies may result from ethnic variation and the age range of the adolescents in this present study. Ethnicity does have an effect on self-perceived need due to differences in acceptable facial appearances and what is deemed as acceptable occlusion by different ethnic groups. It would thus be useful to validate the IOTN in different ethnic groups.

Disease does not always negatively affect subjective perceptions of well-being, and even when it does, its impact depends on expectations, preferences, material, social and psychological resources and more importantly, socially and culturally derived values.[9] What is considered aesthetically pleasing in one culture will often not match that which is thought of as aesthetically pleasing in another. Thus, the lack of perceived need in the population evaluated might be because this rural population probably does not have the same notions of beauty as their British peers, where the index was developed. The level of education may also be a factor influencing perceived treatment need and demand.[18]

It is possible that subjects replied defensively and subconsciously trying to allocate themselves to the attractive side in order to avoid treatment. Alternatively since each picture shows the dentition only from the front, it is possible that the patients could not differentiate between some features of malocclusion as increased overjet and deep bite and subsequently they could not score. It might be that patients could not estimate the malocclusion and subsequently could not classify the teeth in any of these grades. Further, it is likely that the IOTN is not sensitive enough to account for all types of malocclusion as Class III, open bite, cross bite and scissors bite.[29]

Epidemiological analysis of the prevalence of various oral health problems has evidenced an enormous lack of data related to malocclusion. This is due to the accumulated treatment needs of the problems of caries and periodontal disease, an issue that is strongly correlated to the current healthcare model as well as to the inequality in access to healthcare services. Thus, those responsible for planning orthodontic treatment in both the public and private sector should concern themselves with the desires of the community as well as with the large body of evidence that supports the importance of facial characteristics in the lives of individuals.

In summary, further studies are required to improve our understanding of self-perceived need for orthodontic treatment, especially in developing countries where different factors than those reported in North American and European countries could be influencing the demand and delivery of orthodontic care. It may even be necessary to use more than one index in an epidemiological study to gather all the required information.

The conclusions derived from this study are of considerable importance for Indian policy makers in their work with planning and implementing public oral health strategies for the rural population of this age group. 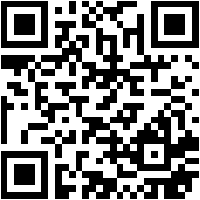