Aim: Patients with cleft lip usually undergo multiple procedures that require hospitalization resulting in emotional stress to their family members. Young patients often require sedation or general anesthesia (GA) for suture removal on a sensitive area to prevent disruption of the repair. In this study, we compared absorbable and nonabsorbable sutures for primary cleft lip repair.

Methods: Patients with cleft lip who presented to Smile Train Unit, Child Hospital and Research Institute, Nagpur, India, were randomly assigned to two groups and underwent surgical repair using either Vicryl Rapid suture (Group 1) or Prolene suture (Group 2). Patients were followed up at 1 month, 6 months, and 1 year. Photographs of the patients were obtained at these visits and rated using a validated 100-mm cosmesis visual analogue scale (VAS) by three people (social worker, surgeon, and patient’s mother). A VAS score of 15 mm or greater was considered as clinically important difference.

Results: A total of 60 patients were enrolled in this study, and they were equally divided into two groups. There was no difference in age, race, sex, wound length, number of sutures, and layered repair rates between the groups. The average age of the patient was 3 months. There was no significant difference in the rates of infection which was 6% in this study, wound dehiscence, and hypertrophic scar formation. No significant difference was found in cosmetic outcome in both the mean VAS score of 90.3 in Group 1 and 91.7 in Group 2.

Cleft lip and cleft palate are the most common craniofacial abnormalities seen worldwide. The prevalence of these anomalies ranges from 1:300-1200 live births for cleft lip and 1:2500 for cleft palate.[1] The history of surgical and aesthetic outcomes of cleft lip repair is fascinating.

The earliest attempts at cleft lip repair in China involved creating the raw edges and passing straight needles through each side of the wound.[1] The advent of modern suture materials and improved surgical techniques resulted in acceptable aesthetic outcome.[2] These congenital deformities have a significant psychological and socioeconomic effect on both the patient and their family. It often leads to disruption of psychosocial functioning and decreased quality of life.[3]

The type of suture material used in surgery has been a long-standing debate among surgeons. Many surgeons prefer nonabsorbable suture material as it is easier to tie, unlikely to break prematurely, and induces minimal inflammatory response. Others feel that these issues are not important and prefer absorbable sutures because they do not have to be removed and thus, decreasing patient’s anxiety and discomfort.[4]

This study aims to compare the cosmetic outcomes and complications of primary cleft lip repaired with absorbable sutures versus nonabsorbable sutures. It also aims to identify a feasible surgical technique for Indian patients.

This study was conducted at the Smile Train Unit of Department of Cleft and Craniofacial Surgery at Child Hospital and Research Institute in Nagpur, India. The children's parents involved in this article agreed to publish their children’s facial pictures and signed the form. Patients with cleft lip who presented here from June 2010 to May 2012 were selected for this study with the following inclusion criteria:

A total of 60 patients who met the criteria were included in this study, and they were divided into two groups randomly: 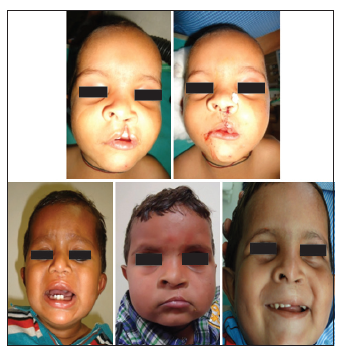 Figure 1. Preoperative and postoperative photo at 1 month, 6 months, and 1 year follow-up for Group 1 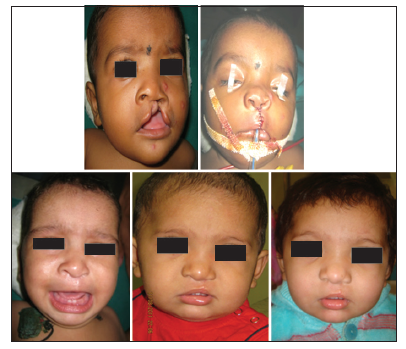 Figure 2. Preoperative and postoperative photo at 1 month, 6 months, and 1 year follow-up for Group 2

All patients underwent routine blood tests, and informed consent was obtained from parents prior to surgery. The study was approved by the institution’s Ethical Committee. All patients underwent standard Millard’s rotational advancement technique by the same surgeon to repair the cleft lip. Patients were randomized by providing the surgeon with a sealed envelope that stated the type of suture to be used in the procedure before entering the operation theater.

All patients in Group 2 required GA or sedation for removal of sutures on 7th postoperative day.

Patients in both groups were evaluated for postoperative healing, infection rate, disruption of the wound, wound dehiscence, hypertrophic scar formation, and postoperative aesthetic outcome. Patients were followed and evaluated at 1 month, 6 months, and 1 year. Patient’s photographs were evaluated by three different people (social worker, surgeon and patient’s mother) using a validated 100 mm cosmesis visual analogue scale (VAS). In this study, a VAS score of 15 mm or greater was considered as a clinically significant difference.[5]

Descriptive statistical analysis was used to compare demographics and wound characteristics of the study groups. Differences between the groups were analyzed using variance analysis on rank data. VAS with a clinical difference of 15 mm or less was considered clinically significant.

Complications in both groups

Orofacial clefts are the most common head and neck congenital malformations. Cleft lip and cleft palate have significant psychological and socioeconomic effects on patient and affect their quality of life thus, requiring a multidisciplinary approach for management. The complex interplay between genetics and environmental factors plays a significant role in the formation this anomaly.[1]

The primary goals of surgical repair are to restore normal function for speech development and facial aesthetics.

Different techniques are employed based on surgeon’s expertise and patient’s anatomical variations. These patients undergo multiple surgical interventions at a very young age which poses a great challenge for the surgeons.

An understanding of both the physical properties of the material and the resulting tissue response to the material is important for choosing the suture material for the procedure. Sutures that are absorbable may initiate a prominent tissue response and result in suboptimal outcomes including a persistent scar, tenderness, and suture extrusion.[6]

A motivational factor to use an absorbable suture for cleft lip patients in this study was to avoid exposure to anesthesia for suture removal after 7 days. Furthermore, this study shows no clinically significant differences in cosmetic appearance between absorbable and nonabsorbable sutures at 1 month, 6 months, and 1 year. The results of this study are consistent with previously published reports. 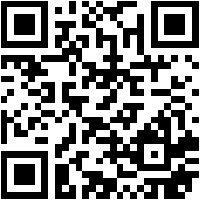