Use of homologous costal cartilage in rhinoplasty

This article belongs to the Special Issue The Key to Costal Cartilage in Rhinoplasty
Views:5383 | Downloads:753 | Cited:

Published reports have mostly dealt with case series of homologous costal cartilage grafts that have been processed in different ways [Table 1]. Mühlbauer et al.[8] reported their experience with the use of L-shaped homologous costal cartilage grafts for saddle nose correction that were preserved in merthiolate saline and stored at 4 °C. Thirty out of the 40 reported cases showed no sign of absorption, moderate absorption was seen in 8 cases and in 2 cases, where syphilis was the underlying pathology, the grafts almost totally disappeared. They believed that the calcification of homologous cartilage began approximately 1 year after insertion and, as time passed, the degree of calcification became more complete and contiguous.

A summary of study characteristics

Lefkovits[9] published a retrospective study of 27 augmentation rhinoplasty cases using irradiated homologous costal cartilage (IHCC). The reported complications included infection in 7.4% (2 of 27) of cases, warping 14.8% (4 of 27), no resorption was seen. Clark and Cook[10] studied the usefulness of IHCC in immediate reconstruction of extruded alloplastic nasal implants in 18 patients. They noted that resorption of IHCC was minimal with a mean follow-up of 26 months. There was only one case of warping that was reported and revised by anther IHCC. Strauch and Wallach[11] presented the results of 130 IHCC grafts. There were 2 cases of graft exposure (1.5%) of immediate complication. Four (3.1%) cases of late complication, including 1 case of fracture and 2 cases of displacement. There was partial resorption of one graft demonstrated at 6 months postoperatively. Kridel et al.[12] published their experience with the long-term use of HICC in a large series of 357 patients. Among 357 patients, there were 83 primary cases and 274 revision cases. The mean follow-up period was 13.45 years. The overall complication was 3.25%, including 10 cases of warping (1.06%), 9 cases of infection (0.86%), 5 cases of non-infectious resorption (0.53%), 5 cases of infectious resorption (0.48%), 3 cases of mobility (0.31%) and there was no extrusion noted.

TutoplastTM processing is a specific method of tissue processing developed by TutoplastTM over forty years ago. The process includes, delipidization, osmotic treatment, oxidative treatment, solvent dehydration, double-sterile packaging, and terminal gamma irradiation (17.8-25.0 kGy). TutoplastTM-processed costal cartilage has very different characteristics than autologous costal cartilage because of its complex chemical process. Demirkan et al.[13] reported their experience with TutoplastTM-processed homologous costal cartilage use in rhinoplasty in 65 patients, with a mean follow-up period of 33 months. There was no significant resorption detected in any of the cases. However, there were 4 cases (6%) of minor complications such as deformity of the dorsal graft, excessive graft length, and erythematous nasal tip. Song et al.[14] studied the surgical outcome of rhinoplasty using TutoplastTM-processed costal cartilage. They reported a relatively high complications rate of 31%. These included 6 (17%) cases of partial resorption, 3 (9%) cases of warping, 1 (3%) graft fracture and 1 (3%) visible graft contour [Figure 1]. Lohuis et al.[15] used diced TutoplastTM homologous cartilage for dorsal augmentation. Their 9 patients showed no complications during the follow-up period of 20 months.

Homologous costal cartilage was mostly used for dorsal augmentation, but it can serve as a useful grafting material for septal reconstruction. Suh et al.[16] reported their 2-year follow-up data in 30 cases on the use of irradiated homologous costal cartilage as a septal extension graft for the correction of the contracted nose in Asians. There were 2 cases of graft fracture observed. Three patients underwent revision rhinoplasty, one for nasal obstruction and 2 because of dissatisfaction with the shape of the nasal tip.

Our review of these case series indicates that TutoplastTM-processing methods have higher complication rate than IHCC[14]. This observation has already been confirmed by a systematic review by Lee et al.[17] As described in the literature, the use of homologous costal cartilage in rhinoplasty has yielded conflicting results regarding the rate of resorption and warping. Although it is difficult to directly compare the surgical outcomes of all the reports because of the differences in follow-up period and processing methods of the cartilage, the rate of complications including resorption, warping, fracture, and infection varies greatly between different studies. The factors responsible for increased graft resorption and warping are not clear, but they may include the size and site of the implant, the carving technique of the graft, the nature of the host recipient site, and thermal and mechanical damage caused during carving. The degree of warping may also depend on the amount of radiation to which the cartilage has been exposed[18]. Although, Adams
et al.[19] showed that there was no significant difference in warping between irradiated and non-irradiated homologous cartilage in vitro, it is generally believed that the radiation dose has some impact on warping. Donald et al.[18] postulated that the factor governing different absorption rates of IHCC from different studies might be the radiation dose. And the study reported that high-dose irradiation appears to lessen greatly the stiffness of cartilage grafts and may be responsible for increasing absorption of the graft. Not only the tissue processing method, but also a consistent and meticulous way of tissue handling may be an important factor in reducing complication rates. Kridel and Sturm[20] recommended that sterile handling, followed by a rinse with saline and antibiotics, removal of perichondrium, waiting 20 min after carving to allow time for initial warping, and the use of perioperative antibiotics are important elements to reduce complications.

The fate of implanted homologous cartilage has been studied. Suh et al.[16] took biopsies of the irradiated cartilage grafts at 18 months and 5 years postoperatively from the study group were compared with preoperative IHCC samples and normal rib cartilage from other patients. They noted that the normal rib cartilage showed intact chondrocytes with extensive HLA-B expression, whereas the preoperative IHCC samples showed no visible normal chondrocytes despite well-maintained lacunar structures, and with much less HLA-B antigen expression. They also found the formation of the thin capsule-like tissue surrounding the IHCC.

Previous reports frequently indicate that homologous cartilage is often more easily absorbed than autologous cartilage, and the senior author has had a similar experience. Furthermore, since cartilage differs in physical characteristics based on tissue processing methods and the cadavers from which the cartilage is harvested are of different age groups, it is hard to expect a consistent quality of cartilage from this implant. The authors have abundant experience in rhinoplasty using TutoplastTM processed costal cartilage[14]. According to the author’s experience, this cartilage is generally useful for septal reconstruction or tip surgery. However, when used for the nasal dorsum, complications such as resorption, fracture, and deformation are somewhat frequent. Therefore, we came to the conclusion that it is not the optimal material to be used for dorsal grafting. However, this graft is still a useful alternative for patients that require ample graft material, where the harvest of autologous costal cartilage is a problem. Patients who do not want a donor site scar and older patients that may have extensive ossification of costal cartilage can be ideal candidates for the use of homologous costal cartilage.

Conception of the study and performed data analysis and interpretation, involved in drafting and revising the manuscript: Jang YJ

Both authors declared that there are no conflicts of interest. 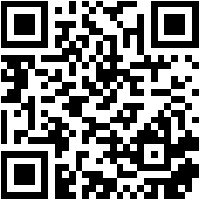