This article belongs to the Special Issue Applications of Biomaterials in Plastic and Reconstructive Research
Views:3821 | Downloads:469 | Citations:

Aim: Hyaluronic acid (HA) is considered as the gold standard biomaterial for facial soft tissue correction. Over the last 8 years, there has been a strong demand from physicians for HA products with high projection capacity to restore facial volume loss at the level of the cheeks, cheekbones, chin, temples and jawlines. The projection capacity is thus an essential property for HA fillers especially for the products dedicated to the restoration of the volume of the face.

Methods: In this publication, a new skin model assay for evaluating the projection capacity of HA fillers is presented, applied and discussed.

Conclusion: This assay is demonstrated to be a key tool to guide physicians in the selection of products with high ability of tissue projection to optimize their aesthetic outcomes when they need to create facial volume.

Hyaluronic acid (HA) fillers are recognized as the gold standard in aesthetic medicine to treat signs of facial ageing; i.e. for filling wrinkles and skin depressions, and to shape the volume of the face[1]. In 2016, according to the American Society for Aesthetic Plastic Surgery (ASAPS), 2.49 million HA filler treatments were performed in the United States of America only with a high growth of 16.1% versus the previous year[2]. Since the market launch of Juvéderm Voluma (Allergan, Pringy, France) in 2010, the first HA volumizer and current world market leader in this segment, there has been a growing interest from physicians for HA fillers with a high ability to project the skin tissues[3]. Juvéderm Voluma is produced thanks to the VYCROSS proprietary technology[4]. This technology uses a combination of low and high molecular weights of HA during the crosslinking to improve the efficacy of the chemical reaction. Recently, a novel proprietary manufacturing technology for the production of innovative HA fillers has been discovered. It is the OXIFREE technology (Kylane Laboratoires, Geneva, Switzerland) which is characterized by the extraction of destructive oxygen during the manufacturing process, including during the crosslinking step, to significantly preserve the intrinsic properties of the high molecular weight of HA chains. This new technology provides HA fillers with advanced rheological properties which makes it possible to exhibit strong projection capacities and therefore a high ability to restore the volume of the facial skin tissues. Volumizer products such as Juvéderm Voluma or the HA fillers benefiting from the OXIFREE technology are designed by the manufacturers to be injected into the subcutaneous tissues and the supraperiostic zone. For these products, high projection capacity is thus required to efficiently treat the areas of the face for which the creation of volume is necessary such as the cheeks, cheekbones, chin, temples and jawlines. Rheological properties are also naturally considered by the manufacturers to design their products because these properties have an essential importance on the mechanical behavior of the HA gel in the tissues[5-7]. Many publications have been published on this topic over the past few years and some of them have highlighted the key role of the normal force FN for the tissue projection of the HA fillers[8-11]. In this publication, a new skin model assay is proposed to assess the projection capacity of the HA fillers. This assay is applied on Juvéderm Voluma, the market leader in the segment of the volumizers, and a new HA filler benefiting from the OXIFREE technology, to compare the projection capacities of these products. The results obtained with this skin model assay are then discussed, with special consideration of the key rheological characteristics of these two products.

Two crosslinked HA fillers intended for facial injection in aesthetic medicine were subjected to flow, oscillatory shear-stress and compression tests with a DHR-1 rheometer (TA Instruments, New Castle, USA). Among these two HA fillers presented in Table 1, one is manufactured according to the novel OXIFREE technology and one is Juvéderm Voluma (Allergan, Pringy, France), manufactured according to the VYCROSS technology.

The two crosslinked HA fillers are studied in terms of rheological properties and also with the new skin model assay.

The flow test enables the measurement of the viscosity η of the gel. It was performed at a temperature of 25 °C under shear rate from 0.001 to 1000 s-1 with a cone/plate aluminium geometry of 40 mm 2 degrees and a 50-µm gap between the cone and the plate of the rheometer. The value of the viscosity η is measured at the shear rate of 1 s-1.

The oscillatory shear stress test enables the measurement of the elastic modulus G’. It was performed at a temperature of 25 °C in shear stress oscillation mode at 1.0% of strain, within the linear viscoelastic region, with a cone/plate aluminium geometry of 40 mm 2 degrees and a 50-µm gap between the cone and the plate of the rheometer. The measurements were carried out over a frequency range of 0.1-5 Hz. The value of the elastic modulus G’ was measured at the physiologically oscillation frequency of 1 Hz.

The compression test in static mode enables the measurement of the normal force FN. It was performed at a temperature of 25 °C in normal force mode, with a cone/plate aluminium geometry of 40 mm 2 degrees: 1.0 g of gel was placed between the cone and the plate and the cone was set in contact with the gel and lowered toward the bottom plate, thus compressing the gel. The normal force (FN) was measured for a gap between the cone and the plate of 1.11 mm (inverse gap = 0.9 mm-1).

The compression test in dynamic mode enables the measurement of the elastic modulus E’. It was performed at a temperature of 25 °C in compression oscillation mode at 1.0% of strain, within the linear viscoelastic region, with a 40 mm plate/plate aluminium geometry and a 0.5-mm gap between the parallel rheometer plates. The measurements were carried out over a frequency range of 0.1-5 Hz. The value of the elastic modulus E’ was measured at the physiologically oscillation frequency of 1 Hz.

All measurements were carried out in triplicate. Data were expressed as the mean ± standard deviation. Coefficients of variation lower than 10% were considered as satisfactory. Results were evaluated statistically using Student's t-test with a level of significance fixed at α = 0.05.

The skin model “Injection trainer” (Limbs and things, Bristol, UK) used to assess the projection capacity is composed of multiple tissue layers: epidermis, dermis, fat and muscle. This artificial skin model could be used for training in order to practice intradermal, subcutaneous and intramuscular tissue injection techniques. The skin layers can be peeled back.

The following protocol is applied to evaluate the projection capacity of the two tested HA fillers, i.e. Juvéderm Voluma and the OXIFREE product (gel D), with this artificial skin model:

- After peeling back the upper skin layer, exactly 0.80 g of each HA gel is deposited on the top of the intermediate skin layer;

- The two HA gels are overlaid by the upper skin layer;

Each test was carried out in triplicate. Data (projection heights) were expressed as the mean ± standard deviation.

The projection heights measured with the skin model assay are illustrated in the Figure 1 and the overall results are summarized in Table 3. 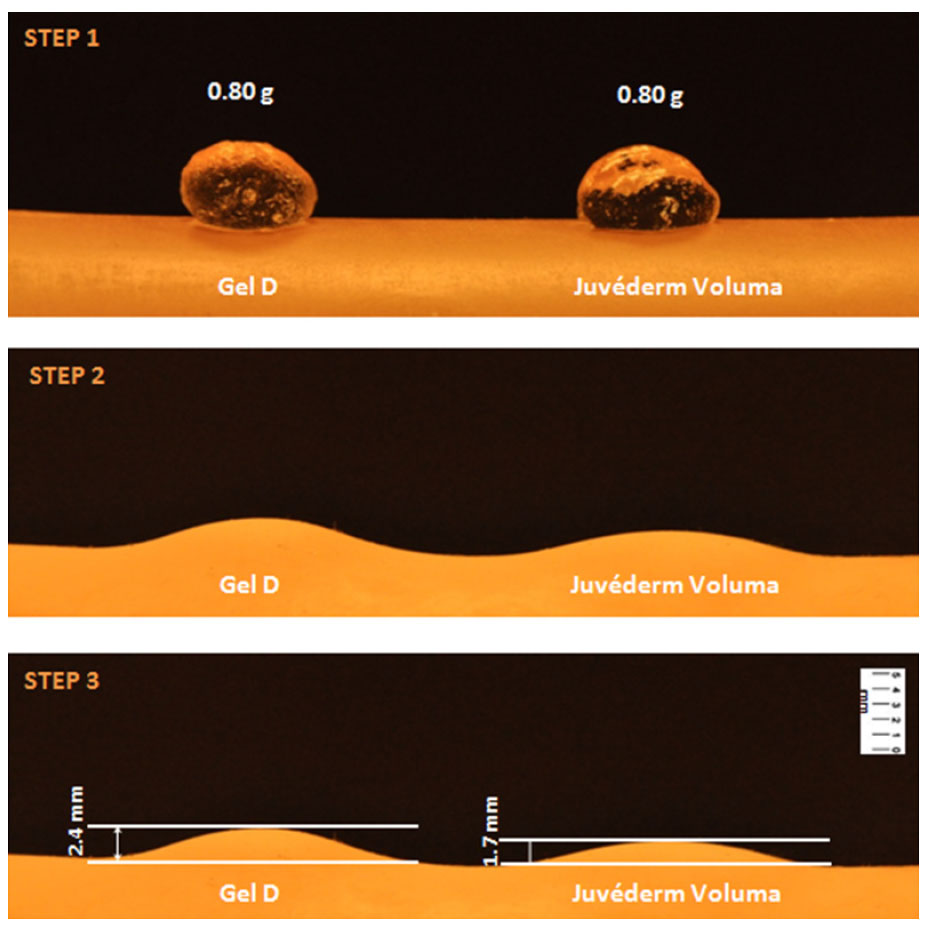 Figure 1. Illustration of projection heights measured with the skin model assay. Step 1: deposit of the tested HA gels; step 2: HA gels are overlaid by the upper skin layer; step 3: measurement of the projection heights induced by each HA gel

With the new skin model assay presented in this publication and applied on two HA volumizers, including the market leader Juvéderm Voluma, the projection heights are reproducible and significantly different for the two tested products.

This new assay is thus efficient and reliable to assess the ability of a HA filler to project and create volume. The projection height measured with the assay can be assimilated to the capacity of the tested gel to push the skin tissues and therefore to project them for facial volume restoration. Consequently, the assay is very useful for comparing the projection capacity of HA fillers, especially among HA volumizers. 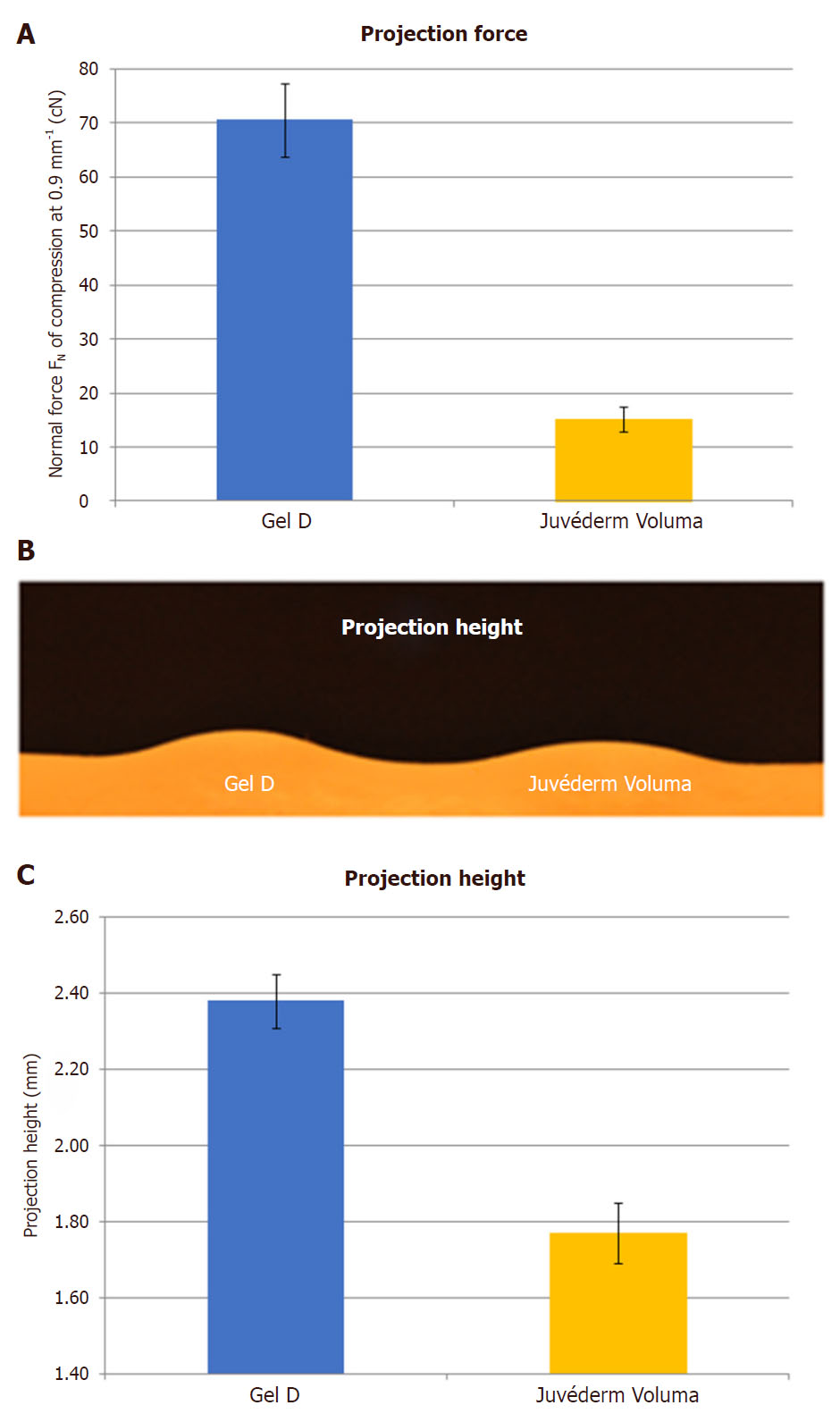 The measurement of the projection capacity with the skin model assay is hence a new relevant tool for the medical community, in addition to and in correlation with the rheological property FN, to assess and compare the projection capacities of HA fillers. For the physicians, it makes it possible to select the HA volumizers with the highest projection capacities to treat facial indications which require important volume restoration such as the cheeks, cheekbones, chin, temples and jawlines. This selection enables the optimization of the aesthetic outcomes and a better patient satisfaction.

In conclusion, volumizing products play an increasingly important role in the minimally invasive aesthetic procedures and they significantly contribute to the growth of the HA filler market on the world scale. HA volumizers have been demonstrated to be the gold standard solution to restore facial volume loss, especially for the correction of the midface with key clinical indications for the rejuvenation of the face such as the treatment of the cheeks, cheekbones, chin and jawlines.

Rheological characteristics analysis was demonstrated to be very useful for the physicians in order to guide them in the selection and usage of the most relevant products, administration techniques and depths of injection for the intended treatment.

The additional acquired knowledge obtained with this new skin model assay contributes to a better characterization of the HA fillers which could be selected and used by the physicians for optimizing their aesthetic outcomes, as well as patient safety and satisfaction.

Design of the concept and writing of the article: all authors

Data in this study were derived from searches of the PubMed database. Experimental data were obtained by Kylane Laboratoires S.A.

Kylane Laboratoires S.A. provided the logistical and financial support for the execution of this study. 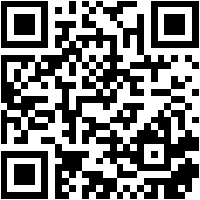