Results: Eight muscles were dissected in 5 anatomic models. Average dimensions were: 93 mm long, 12 mm wide, and 7.5 mm thickness. The vascular pedicles showed great anatomical variability. In 2 flaps (1 model) irrigation came exclusively from transverse cervical vessels, in the remaining models the pedicles came directly from the subclavian vessels; 2 flaps had an accessory minor pedicle from the transverse cervical vessels. The diameter of all vascular pedicles was less than 0.8 mm, with an average length of 22.3 mm. The nerve pedicle came from ansa cervicalis in all flaps, with an average length of 27.8 mm.

Conclusion: Based on the findings we conclude that omohyoid muscle could be a reconstructive option when small functional flaps are required, such as facial reanimation surgery, sphincters, ptosis and vocal cord reconstruction, and blink restoration surgery although more anatomical studies are required to determine the microsurgical feasibility, excursion and strength of the muscle, and axonal load in this new myofunctional flap.

The infrahyoid muscles´ blood supply has been found to arise from the superior and inferior thyroid arteries, and the sternal branch of the internal thoracic artery; nevertheless, most authors have limited their investigations to the omohyoid´s superior belly[1-3]. The ansa cervicalis has been found to present many variants in the terminal branches that innervate the strap muscles, but as of today there is no description on the branches directed to the inferior belly of the omohyoid muscle[4].

Several descriptions on the use of the infrahyoid muscles for reconstruction of the tongue, larynx, esophagus and the vocal cords have been published, however it should be noted that most surgeons avoid the inclusion of the inferior belly of the omohyoid muscle in their flaps due to its distance from the site to be reconstructed[5-10].

The inferior belly of the omohyoid muscle possesses appealing characteristics that may allow it to serve as a specialized functional flap, such as serving a noncritical function (easily performed by the rest of the infrahyoid muscles), and possessing small dimensions that allow for functional reconstruction in small areas; however, its potential use as a free flap has never been studied.

The objective of this work is to describe the surgical morphology of the inferior belly of the omohyoid muscle.

Fresh human cadavers were used for this study; standardized dissections were conducted to establish the anatomical characteristics of the inferior belly of the omohyoid muscle.

Approval by the institutional ethics board was received. Data recorded included patients’ demographic characteristics; history for trauma, or surgical procedures on the neck; muscle belly dimensions from its origin in the scapula to the central tendon; length of the vascular and nerve pedicle from its proximal dissection to the point of its emergence in the muscle fibers.

The ansa cervicalis and the vascular pedicles were identified and dissected from their origin to the point of entry of the muscle belly; finally, the inferior muscle belly was extracted by disinserting it from the scapular surface and transecting the central tendon.

Five male anatomic models were studied (range 18 to 65 years), 2 muscles were discarded due to previous surgical procedures in 2 heminecks, resulting in a total of 8 muscle bellies studied. Figure 1 shows an example of the dissection area. 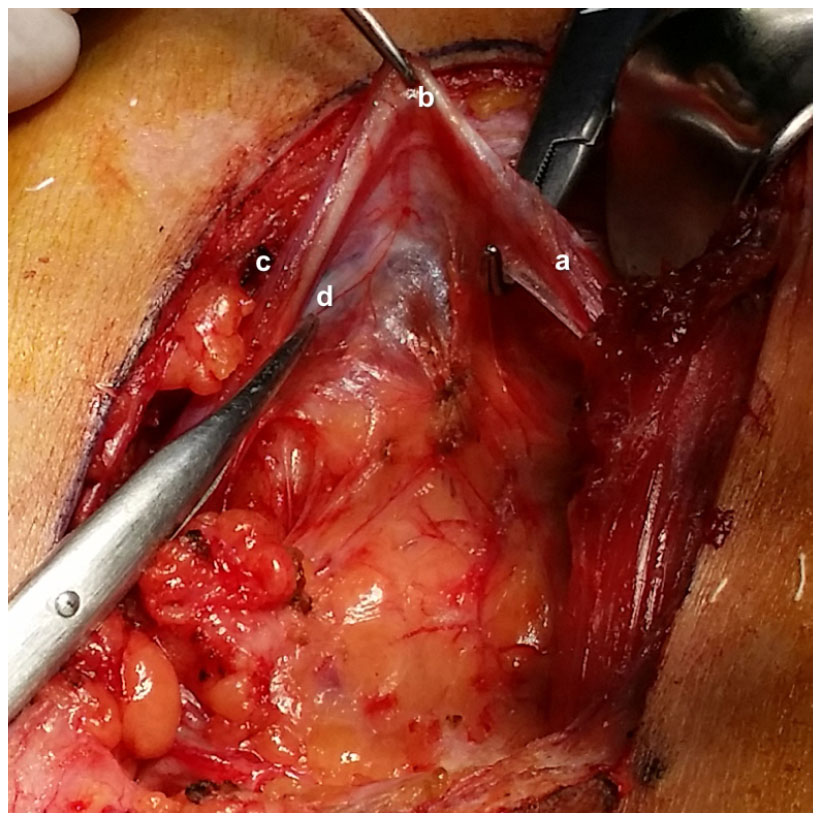 Average dimensions for the muscle belly were 93 mm long (range 67-110), 12 mm wide (range 6-20), and 7.5 mm thickness (range 6-12). The vascular pedicle had a mean length of 22.3 mm and a diameter of 0.8 mm, the distance between the central tendon and the point where the pedicle entered the muscle fibers was 27.2 mm; the ansa cervicalis’ branch to inferior belly had a mean length of 27.8 mm, it ran parallel to the muscle belly in all cases [Table 1]. Figure 2 shows an example of the muscles dissected.

Anatomic characteristics of the inferior belly of the omohyoid muscle 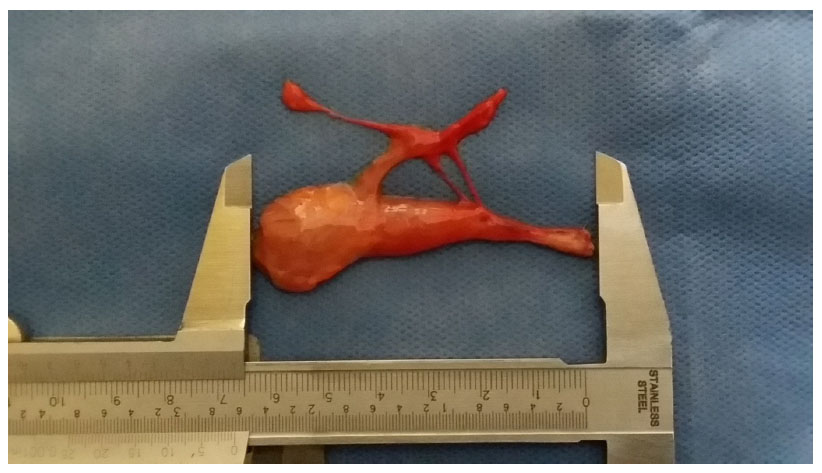 Our work represents the first time an anatomical study focused on the morphology of the inferior belly of the omohyoid muscle and its potential use as a free flap has been performed.

Our results show that the inferior belly is a small and thin muscle, with average measures of 93 mm × 12 mm × 7.5 mm, a trait that could prove to be advantageous, especially in facial reconstruction. The short length of the muscle’s belly might raise concern about its contractile capacity and usefulness as a functional flap; however the senior author of this paper has observed that the muscle presents a nice range of motion when subjected to transoperatory neurostimulation during procedures for brachial plexus injury [Video 1].

[Video 1]: In vivo demonstration of the excursion of the inferior belly of the omohyoid muscle after electrical stimulation

Previous anatomical studies have described that the strap muscles present high morphological variability[2], and we found that the inferior belly of the omohyoid muscle is no exception: a minor pedicle from the transverse cervical vessels was found in 2 cases, and 1 case in which the main pedicle came from the transverse cervical artery, in lieu of the subclavian artery.

The vascular pedicle of the inferior belly presents anatomical characteristics that may hinder its widespread use, mainly the presence of a short and narrow pedicle (22.3 mm × 0.8 mm), nevertheless, the use of vein grafts and supermicrosurgery might help overcome the problem. Our results show that the inferior belly of the omohyoid muscle is innervated by the ansa cervicalis, and that it is relatively short as well, with a mean length of 27.8 mm, however this limitation could be solved in a simple manner by using nerve autografts.

In conclusion, as microsurgical techniques and anatomical understanding of our body have expanded in the last decade, multiple new flaps have been described; the use of supermicrosurgery has further pushed boundaries and now vascular anastomosis in structures with a diameter minor to 0.8 mm are possible. This anatomical study of the inferior belly of the omohyoid muscle proposes its use in reconstructive procedures that require a small myofunctional flap such as facial reanimation surgery, sphincter reconstruction, vocal cord reconstruction, and blink restoration surgery.

Anatomical models were obtained from the “Institute de Ciencias Forenses” in Mexico City. Raw data on measurements can be obtained by contacting Dr. Alexander Cardenas-Mejia directly.

Part of the work was presented at the 13th International Facial Nerve Symposium, August 3/6th 2017, Los Angeles CA, USA. The authors have no conflicts of interest to disclose.

This work received approval by the institutional ethics board. 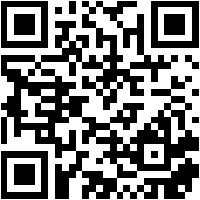