Current applications of propeller flaps in reconstruction of trunk wounds

This article belongs to the Special Issue Complex Reconstruction of the Face, Breast and Wounds with Microvascular Free Flaps
Views:2787 | Downloads:1437 | Citations:

Aim: Propeller flaps provide excellent reconstructive options for defects of many etiologies. Trunk wounds are a commonly encountered issue for the plastic surgeon and multiple techniques to address them should be prepared for implementation. Propeller flaps are a subject rarely brought up as an option to address these wounds. The authors sought to elucidate this topic in the current plastic surgery literature available.

Methods: A PubMed search was conducted based upon the defined inclusion and exclusion criteria and publications reviewed in detail. Search terms included "trunk wound propeller flap", "trunk propeller flap", and "freestyle trunk wound flap". Duplicate studies were excluded. Data was extracted from each study pertaining to trunk wounds and reconstructions with propeller flaps.

Results: The electronic search yielded 49 results with 21 studies ultimately meeting inclusion criteria. A total of 365 flaps were described collectively amongst the included studies. Among them, 190 propeller flaps addressing trunk defects were performed across all studies reviewed to address a total of 165 defects of the trunk: 14 abdomen, 101 back, 50 chest defects and adjacent respective flaps were utilized for surgical reconstruction. Overall, cancer excision wounds were by far the most prevalent with 105 cases (59.0%). Defect sizes of those specified in the articles ranged from 2 cm × 5 cm to 30 cm × 24 cm. Of the 190 propeller flaps identified, 63 total complications were identified. The most common complication was 48 total cases of transient venous congestion (25.3%). The second most common complication was partial flap necrosis (6.3%). No total flap loss was noted. There were 2 cases of seroma (1.1%) and 1 case of wound breakdown (0.5%).

The concept of the perforator flap was first introduced in 1988 by Kroll and Rosenfield[1] as well as independent work introduced in 1989 by Koshima and Soeda[2]. Since then, the concept of perforator flaps and propeller flaps has flourished both in theory, innovation, and clinical application. As is true of most plastic surgery, the propeller flap can be utilized in essentially any part of the body so long as plastic surgical principles are adhered to and meticulous surgical attention is directed toward flap design, dissection, and ultimately to reconstruction. While clinical application is broad, the focus of this article is in review of propeller flaps for trunk wound reconstruction.

Inclusion criteria for this study were that the studies be a case study, case report, case series, clinical trial, reply to another study with new patient data, cohort analysis, or other retrospective or prospective studies identifying trunk wounds as the reconstructive defect. Additionally, a propeller flap had to be utilized for surgical reconstruction. Exclusion criteria for the study were that the publication was not entirely in the English language, publication not reproducibly accessed, paper did not provide enough detail regarding surgical intervention to determine if propeller flap technique was utilized, pedicled perforator flaps were not utilized in propeller fashion, or that the paper was primarily a review of the literature.

The results of the PubMed online search yielded 49 publications. After excluding duplicates, 35 publications remained. These 35 were reviewed in detail and the publications vetted based on the inclusion and exclusion criteria noted above. Twenty-onearticles remained for further in-depth review.

A total of 365 flaps were described collectively amongst the included studies. Among them, 190 propeller flaps addressing trunk defects were performed across all studies reviewed to address a total of 165 defects of the trunk: 14 abdomen, 101 back, 50 chest defects and adjacent respective flaps were utilized for surgical reconstruction. The discrepancy between the total number of flaps utilized and the total number of defects was that in some cases more than one propeller flap was utilized for reconstruction of a site.

Etiologies of the defects addressed resulted from burns, wounds, pressure sores, hidradenitis suppuritiva, hardware exposures, keloids and/or scars, myelomeningoceles, pseudomeningoceles, pilonidal disease, radiation wounds, and cancers of various types. One case had an unspecified cause of the defect. Overall, cancer excision wounds were by far the most prevalent with 105 cases (59.0%). Defect sizes of those specified in the articles ranged from 2 cm × 5 cm to 30 cm × 24 cm. Please see Table 1[3-23] for the breakdown of each etiology related to each defect for each included study in the review.

Aggregate results of all papers included in study

Perforators for the flaps were identified most commonly by handheld Doppler ultrasound. Other methods of perforator identification included color Doppler ultrasonography (CDU), combined laser Doppler spectrophotometry, computed tomography angiography (CTA), and dissection with visual identification and palpation. Some studies did not specify the method of perforator identification. Of the studies that specified flap dimensions, the propeller flaps ranged from 4 cm × 6 cm to 30 cm × 17 cm.

The propeller flap concept and technique has continued to evolve in idea and application. The benefits of utilizing a propeller flap include locoregional reconstruction, reliable anatomy based upon the angiosome and perforasome concepts[24], minimization of donor site morbidity, and design that is largely limited only by ability to close primarily.

The evolution of the propeller flap has included multiple modifications both in application and technique. Papers indicating flap degrees of rotation less than 180 degrees were described and utilized successfully. Some series utilized this as a workhorse in propeller flap reconstruction for trunk wounds.

Reviewing the data from the series, it is interesting to find that the highest rate of complication was with venous congestion but that no permanent flap loss was noted in any case. All cases of venous congestion identified were transient, whether they were managed expectantly or with some intervention (i.e. leeches, derotation of flap, etc.). The other complications were with much less frequency and reviewing the patient’s risk factors, they did not seem to adversely affect the outcomes. Unfortunately, many series did not identify preoperative risk factors in patients and so drawing conclusions from this are limited in this review. In addition, of those that did specify the risks factors, the patient-specific data was often combined with flaps of other areas of the body and/or there was not enough detailed information provided to determine if the complications occurred in those with risks factors (i.e. transient venous congestion occurrence in relation to patients that smoked).

Interestingly, none of the etiologies for the defects mentioned in any of the studies were traumatic. This may be that trunk wounds are generally not as likely to be traumatic compared to lower extremity wounds. Anecdotally, traumatic wounds do raise some concern in the reconstruction of a wound using a propeller flap as the perforator may be captured in the zone of injury.

One of limitations of this study is that the search terms and search database is limited. One of the challenges of broadening this search would be to search for each propeller flap by a described name or technique (i.e. LICAP flap) as it relates to the trunk, which would be much more extensive of a search. However, this provides an opportunity for further delving into the literature and providing a larger review that may be more inclusive than the broader search terms listed as part of our study. Another notable limitation is that publication bias of positive findings with relation to propeller flap outcomes of the studies currently available.

Variability in design of propeller flaps of course depends upon the shape, size, depth, and location of the defect. In general, axes of the flaps designed should be based perpendicular or oblique on the trunk and in parallel in extremities[7,24].

When identifying perforators for dissection, it is the authors’ preferred method to do so via handheld Doppler ultrasound as well as visual inspection upon dissection. Ono et al.[25] provided a recent publication in 2017 with an excellent overview with preoperative modalities to identify perforators. While CTA, MRA, and CDU have grown tremendously as modalities in addition to multi-detector row computed tomography, the authors find these modalities time consuming and costly in a climate of American healthcare costs that continue to rise. However, there is significant value in these modalities in the authors’ opinions with respective to complex reconstruction or those of reoperative reconstructive fields. Some colleagues at our institution utilize these modalities routinely and so there remains no consensus nor compelling data in the literature to support use of these methods over handheld Doppler ultrasound or even dissection with direct visualization. Indeed, a palpable pulse of the perforator in question is always a reassuring finding and indicator of flap viability. In keeping dissection principles in mind, we try to adhere in line with the findings of Wong et al.[26] in that a 3-cm pedicle length dissection is attempted to be obtained when safe. This is particularly prudent when utilizing degrees of rotation beyond 90 degrees in propeller fashion, but is only done when skeletonization is deemed appropriate and safe.

As discussed in the Tokyo criteria of 2011, the perforator-based propeller flap can be rotated a maximum of 180 degrees for wound reconstruction[27]. This has to do with torsion and kinking of the pedicle, ultimately which can lead to flap compromise and loss. If flap compromise in the form of venous congestion develops, return to the operating room and releasing the flap from its inset position is of the first consideration. Following this, if the compromise is not addressed then the flap should be rotated back to the donor site and observed for improvement. Still if minimal or no improvement is noted, dissection of the flap to its pedicle should occur to ensure the vascular leash is not the complicating factor.

With respect to management of the donor site, the authors agree with the conclusion of D’Arpa et al.[7] in the decision tree of when a perforator-based propeller flap is utilized for reconstruction. Specifically, if the donor site cannot be closed primarily, then a free flap reconstructive option is sought first that would lead to less to donor site morbidity and improved cosmesis. In other words, a perforator-based propeller flap may be designed as large as the defect dictates so long as the donor site may be closed primarily. As with all reconstructions in plastic surgery, each defect poses its own challenges and nuance that the plastic and reconstructive surgeon must take into consideration prior to surgical intervention. 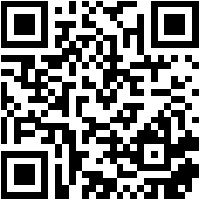