Microsurgical restoration of failed or unsatisfactory breast reconstruction: a systematic review and pooled-analysis of outcomes

Division of Plastic and Reconstructive Surgery, Keck School of Medicine of the University of Southern California, Los Angeles, CA 90033-4680, USA.

This article belongs to the Special Issue Complex Reconstruction of the Face, Breast and Wounds with Microvascular Free Flaps
Views:4074 | Downloads:1628 | Cited:

Due to the infrequency of failed or unsatisfactory breast reconstruction, management of this group of patients in the literature is primarily limited to several small case series from a few centers[7,8,16]. As a result, the indications, methods, and expected outcomes of tertiary reconstruction are poorly defined. The purpose of this systematic review is to assimilate the relevant literature to evaluate surgical and aesthetic outcomes following tertiary reconstruction. The goal is to provide surgeons with a foundation of knowledge to assess the risks and benefits associated with autologous salvage of a previously unsuccessful breast reconstruction.

A systematic search of the literature published from January 1, 1980 to December 29, 2016 was performed using search terms “salvage”, “tertiary”, “restoration” and “breast reconstruction” to identify all relevant articles on Pubmed/MEDLINE. Inclusion criteria included studies that reported surgical outcomes, aesthetic outcomes, or patient satisfaction of autologous breast reconstruction following failed or unsatisfactory breast reconstruction. The reference lists of all included studies were reviewed to identify relevant articles that may have not been captured in the search. Exclusion criteria included studies that reported relevant outcomes of less than 5 patients, non-English language articles, reviews, and studies reporting previously published data. Studies reporting management of patients with complicated or failed reconstruction that did not adequately describe outcomes of the autologous salvage procedure were excluded. One reviewer performed the search protocol and article selection (B.E.), and two reviewers (K.M.P. and A.C.H.) reconciled any discrepancies.

Adherence to the standardized methodologic prin­ciples of Preferred Reporting Items for Systematic Reviews and Meta-Analyses for reporting of systematic reviews guided the analysis[17]. Study characteristics, patient demographics and comorbidities, oncologic treatment characteristics, and details regarding the initial failed breast reconstruction were extracted. Primary outcomes included flap choice for autologous salvage, total complications, microsurgical revisions, total flap loss, and revision procedures associated with tertiary reconstruction. Secondary outcomes of tertiary reconstruction included hematoma, seroma, infection, fat necrosis, partial flap loss/skin necrosis, and measures of aesthetic outcome or patient satisfaction. Data analysis was completed using simple means allocating weight to each study by sample size. If only the median was reported, then a Gaussian distribution was assumed and the medians were equated to means. Outcomes were stratified by method of failed/unsatisfactory initial breast reconstruction. Qualitative analysis of aesthetic outcome/patient satisfaction is described due to the heterogeneity of included studies. Statistical significance was defined as P < 0.05.

Results from the initial search yielded 420 titles. Screening yielded 165 studies for abstract review, of which 73 were selected for full text review. Ultimately, 19 studies met inclusion criteria and were included in this review [Figure 1]. There were no randomized clinical trials, 17 studies (89.5%) were retrospective, and 2 studies (10.5%) were prospective. Study characteristics and patient demographics and comorbidities within included studies are described in Table 1. 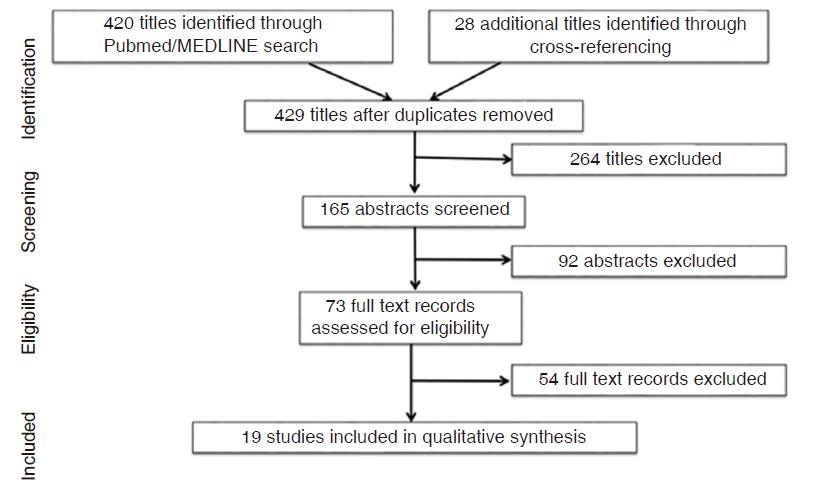 Measures of aesthetic outcome or patient satis­faction were reported by 5 studies including 147 patients[11,19,20,25,27]. Review of these studies demon­strated significant heterogeneity in methods of evaluation, rating scales, and reporting of aesthetic outcomes. Aesthetic means based on numerical rating scales were reported in 3 studies[11,19,25]. Utilizing a 5-point Likert scale (5, very satisfied; 1, very dissatisfied), one study reported numerical means of self-reported assessments in 29 patients with scores of 4.24 for breast volume, 4.16 for breast shape, 3.83 for symmetry, 3.92 for breast scars, and 3.42 for nipple/NAC complex[11]. Another study utilized a 4-point scale (4, excellent; 1, poor) to evaluate 14 irradiated implant reconstructions with later addition of a TRAM or LD flap[25]. They reported a mean overall aesthetic score of 3.25, which was similar to the mean score of 3.28 in patients with non-irradiated implant reconstruction. A validated 3-point scale (0-2) of 5 distinct aesthetic domains was used by another study, which reported mean scores of 1.6 for volume, 1.6 for contour, 1.75 for placement, 1.80 for inframammary fold, and 1.35 for scarring in 18 patients who had autologous conversion after experiencing complication with initial expanderimplant reconstruction[19]. They reported superior scores across 4 of these domains (volume, contour, placement, and inframammarry fold) as compared to patients completed expander implant reconstruction without complication. Two of the studies (71 patients) reported proportions of patients satisfied with the aesthetic result following tertiary reconstruction, with satisfaction rates ranging 84-89%[11,20]. Lastly, one study noted that 92% of their sample of 25 patients reported improved cosmesis with autologous conversion than with prior implant reconstruction[27].

Failure of post-mastectomy breast reconstruction can be a devastating experience for patients[15]. Evaluating outcomes of techniques to salvage reconstruction is crucial to optimizing their management and enhancing quality of life. Tertiary reconstruction via use of autogenous tissue has been suggested to provide improved outcomes in these patients by several studies[6-8]. However, as demonstrated in this review, much of the data pertaining to tertiary reconstruction is limited to case series that suffer from their retrospective nature, limitations in sample size, and institutional variability. The purpose of this systematic review was to consolidate surgical outcomes, aesthetic outcomes, and patient satisfaction of tertiary reconstruction in order to better characterize its benefits and pitfalls.

Tertiary reconstruction is best described following failed or unsatisfactory prosthetic breast reconstruction. In this review, 79% (15/19) of included studies evaluated outcomes of tertiary reconstruction in this setting. Since 2002, prosthetic reconstruction has surpassed autologous tissue as the leading reconstructive modality and its use has continued to grow in recent years[12]. The reason for this is multifactorial but likely related to its technical feasibility, lack of donor site morbidity, and changes in mastectomy patterns, such as increased bilateral mastectomies. Despite these advantages, risk of potential complications and unsatisfactory long term aesthetic outcomes are significantly increased as compared to autologous reconstruction[13,30]. In this review, capsular contracture, poor cosmesis, persistent pain, and infection were the most commonly cited reasons for patients choosing to undergo tertiary reconstruction. History of neoadjuvant or adjuvant radiotherapy has been shown to significantly increase the risk of these adverse outcomes and was present in nearly half of patients who underwent autologous conversion in this review.

Tertiary reconstruction in the setting of prior failed autologous breast reconstruction brings several challenges that need to be addressed to ensure its success. The previous failure must be analyzed in order to adjust strategy and eliminate potential causes of failure for the new flap. Previously cited considerations for attempting microsurgical free flap reconstruction in the setting of prior free flap failure include reassessment of the preoperative preparations, flap choice, the recipient vessels and anastomotic technique, the patient’s coagulability and potential for thrombosis, the appropriateness of intraoperative positioning, the postoperative care, and the surgeon’s own level of experience[34]. Full blood and coagulation tests with consultation of hematologist may also be required, particularly in those patients without evidence of obvious technical problem as the cause of flap failure. Hamdi et al.[8] reported underlying hematologic disorders in 3 out of 14 patients who underwent tertiary breast reconstruction after failed free flap reconstruction. Two of these patients went on to have successful breast restoration with the use of a second free flap and the other patient underwent successful implant reconstruction. This suggests that with proper medical management, successful microsurgical restoration in these patients may be attained. 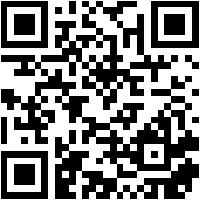