1Division of Plastic and Reconstructive Surgery, Keck School of Medicine of the University of Southern California, Los Angeles, CA 90033, USA.

The management of recurrent pressure ulcers is a frequent problem in patients with spinal cord injuries. Many local muscle and fasciocutaneous flaps can be used to cover ulcers of all sizes. However, when a recurrent pressure ulcer has been repeatedly addressed, the number of available flaps becomes quite limited. Contralateral muscles, such as the gracilis, can be used to cover recurrent ischioperineal ulcers and should be employed before last resort surgeries, such as hip disarticulation and the total thigh flap.

Unfortunately, despite adequate flap coverage, nearly one-third of patients will develop a recurrent pressure ulcer[4,5]. A history of previous pressure ulcer increases the risk of developing a second pressure ulcer, particularly in the ischial region[1,6]. Fortunately, many of the flaps commonly used for pressure ulcer treatment can be readvanced or reused under certain conditions. However, difficulty arises when the patient requires repeated coverage of large ulcers in the same location and has exhausted the available local muscle options. Here, we present a case of recurrent ischioperineal ulcer in which the contralateral gracilis muscle was used for wound coverage.

Three months following the most recent right posterior trochanteric and ischioperineal ulcer repair, the patient presented with sepsis due to a recurrent and extensive right ischioperineal stage IV pressure ulcer, which developed from an injury sustained while transferring from wheelchair to shower [Figure 1]. A plain radiograph of the patient’s pelvic anatomy is shown in Figure 2. Based on the location of the wound, there was concern for urethral involvement, however, urethrogram did not demonstrate a leak. Ulcer debridement and closure with the left gracilis muscle and a right V-Y hamstring advancement flap was planned. 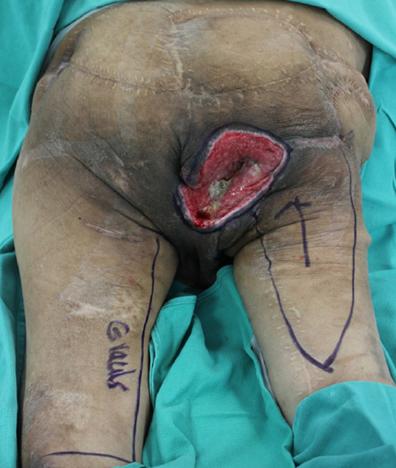 Figure 1. A view of the right ischioperineal ulcer with the patient in the prone position. Note the multiple previous incisions. The planned left gracilis muscle flap and right V-Y hamstring myocutaneous advancement flap were marked preoperatively

Figure 2. Antro posterior (AP) radiograph of the patient's pelvis demonstrates rotation, bony resorption, and heterotopic ossification of the pelvis. History of a right Girdlestone procedure and shortening of the right femur is evident. The left femoral head has been resected and antibiotic cement spacer was placed in the left acetabulum for treatment of a prior infection

The patient was placed in the prone position and the right ischioperineal ulcer was excised down to healthy, bleeding tissue, taking care to protect the rectum and urethra, both of which were in close proximity to the ulcer [Figure 3]. The prominence of the right ischium was reduced using an osteotome and then rasped until smooth. The left gracilis muscle was harvested through a longitudinal left posteromedial thigh incision and tunneled subcutaneously across the perineum to cover the exposed right ischial bone [Figure 4]. 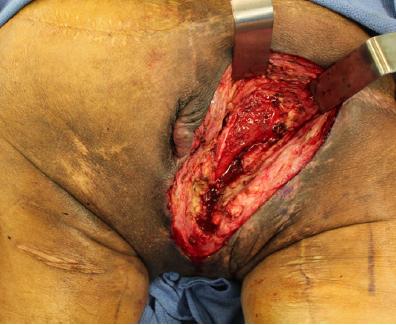 Figure 3. The right ischioperineal ulcer was debrided down to healthy bleeding tissue and the prominence of the ischial bone was reduced. Note the proximity of the ulcer to the anus and extension into the perineal region

Figure 4. The left gracilis muscle was harvested, tunneled through the perineum, and used to cover the right ischial bone

A V-Y hamstring myocutaneous advancement flap was outlined, with sufficient width to cover the wound. The biceps femoris muscle, which had been advanced previously to cover a prior ulcer, was re-elevated proximally and released distally to provide maximal advancement to fill the dead space in conjunction with the left gracilis muscle [Figure 5]. After advancement of the V-Y hamstring myocutaneous flap, the perineal skin was advanced superiorly to cover the remaining medial aspect of the wound [Figure 5]. All muscle flaps were secured in place with interrupted 0-vicryl sutures. Three drains were placed to drain bilateral posterior thigh donor sites as well as the right ischial surgical site. All skin incisions were closed in layers, using 0-vicryl for the fascial and deep dermal layers, followed by a 2-0 monocryl running continuous stitch and a 0-prolene running continuous stitch [Figure 6]. All incisions were dressed with copious bactroban, xeroform gauze, dry 4 × 4 gauze, and ABD pads and taped in place. A hip abduction pillow was placed to limit undue movement and tension at the surgical site when the patient is repositioned or turned in bed. 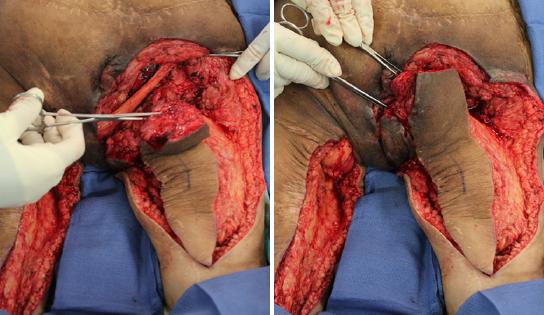 Figure 5. The right biceps femoris muscle was re-elevated and re-advanced proximally to cover the ischial bone. Perineal and proximal thigh tissue was rotated superiorly to close the medial perineal wound 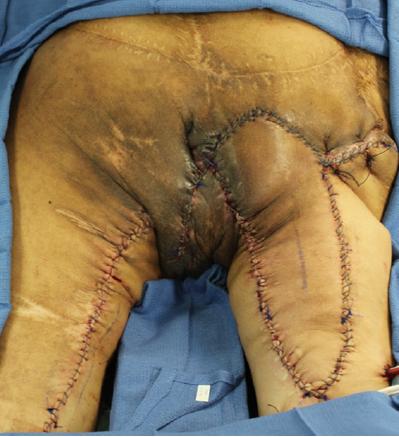 Figure 6. The postoperative appearance after drain placement and closure of all incisions

The patient followed our standard postoperative protocol, involving 4 weeks of bedrest on an air-fluidized bed, with the first dressing change performed on postoperative day 5 and twice weekly thereafter. At 4 weeks postoperatively, all external sutures were removed [Figure 7]. The patient remained on bedrest but was transitioned to a low air loss mattress. He began a progressive sitting program at 6 weeks, starting with 1 h and increasing in 30 min increments every other day. The flap was monitored closely for any signs of breakdown. He was discharged home when the 6 h maximum sitting time was reached without complication. 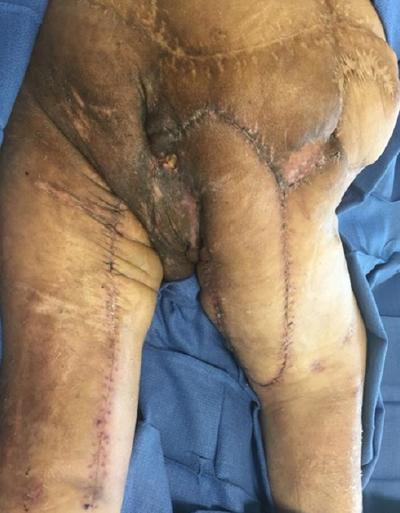 Figure 7. At 4 weeks postoperatively, all incisions are closed and well-healed

Successful surgical treatment of stage IV pressure ulcers requires the appropriate choice of a local tissue flap or combination of flaps which provide muscle, subcutaneous tissue, and skin, as well as adherence to a strict and lengthy postoperative protocol[7,8]. Despite this, many patients with spinal cord injury will develop recurrent pressure ulcers. While there are multiple gluteal and lower extremity muscle and fasciocutaneous flaps which can be utilized for pressure ulcer wound coverage, the challenge arises when all local muscles have been previously used.

Durable, stage IV pressure ulcer coverage requires not only soft tissue and skin but also muscle to fill the dead space. Closure of a stage IV ulcer with a skin or a fasciocutaneous flap alone often results in poor apposition of the flap to the deepest portion of the ulcer. This inhibits optimal wound healing and can lead to seroma or bursa formation and an increased risk of recurrent ulceration. Therefore, adequate closure of a stage IV ulcer typically requires both a muscle flap to obliterate the cavity and a fasciocutaneous flap for replacement of soft tissue. In cases involving an ulcer of small diameter, advancement of a myocutaneous flap, such as the gluteus maximus or biceps femoris may be sufficient and, in cases of shallow ulcers, fasciocutaneous flaps or skin grafting alone may be adequate. However, in our spinal cord injury population, the presence of small or shallow ulcers is rare.

The patient presented here had had four prior surgeries to close right-sided stage IV pressure ulcers. The ipsilateral gracilis, gluteus maximus, biceps femoris, vastus lateralis, and tensor fascia lata had already been harvested and rotated to fill prior ulcers, leaving very few options for coverage of a large ulcer. Hip disarticulation and a total thigh flap are often the last resort for recurrent pressure ulcers[9,10]. While some suggest that hip disarticulation improves patient quality of life and function, our patients are reluctant to accept lower extremity amputation and feel that the positive benefits of ulcer coverage do not necessarily outweigh the social and psychological effects of limb amputation[11]. Additionally, hip disarticulation, while providing necessary tissue for wound coverage, significantly alters pelvic mechanics when seated and patients must learn new techniques for positioning and self-care to prevent future ulceration, a scenario which could be very devastating. Therefore, we often employ contralateral musculature to delay hip disarticulation while continuing to provide durable wound coverage. Even in paraplegic patients with muscle atrophy, the gracilis muscle provides sufficient bulk to fill the deepest portions of wound cavities. The anatomy of the gracilis is well-suited for the coverage of posterior trochanteric, sacral, and ischial ulcers. The location of the vascular pedicle, which enters the deep surface of the muscle proximally, allows rotation in all directions without sacrificing length and the gracilis can easily reach the contralateral ischium.

Aside from total thigh flaps and the gracilis muscle, other flap options for coverage of recalcitrant or recurrent pressure ulcers have been described. The posterior thigh fasciocutaneous flap is based off of the descending branch of the inferior gluteal artery. By dissecting a long fascial pedicle with the skin paddle at the distal thigh, this flap can be taken from the contralateral leg and used to cover ischial pressure ulcers[12]. Alternatively, an inferiorly-based rectus abdominis myocutaneous flap can be rotated inferiorly through the pelvis to treat recalcitrant or recurrent ischial and perineal ulcers. The flap can be harvested from ipsilateral or contralateral sides, depending on the location of the colostomy, and did not affect the ability of spinal cord injury patients to sit upright[13]. In the closure of all pressure ulcers, both initial and recurrent, it is important to remember that adequate closure may also require the rotation or re-advancement of multiple muscle, myocutaneous, or fasciocutaneous flaps in combination to achieve sufficient bulk and area of coverage[13,14].

Once a patient develops the first pressure ulcer, multiple recurrences are common. One reason for this is that, while flap surgery covers the wound with additional soft tissue, the inciting event or events for pressure ulceration are not altered. In our practice, we see a high degree of ischial and posterior trochanter ulcer recurrence. We believe this is due, in part, to altered spinal and pelvic anatomy as a result of chronic spinal cord injury. Many of our patients develop scoliosis and increased anterior pelvic tilt, causing increased pressure in the ischio perineum and other non-anatomical regions. Similarly, over time, the femurs rotate posteriorly such that the greater trochanter becomes a weight-bearing pressure point when sitting. The Girdlestone procedure removes the proximal femur and is useful for the treatment of recurrent trochanteric ulcers[15,16]. For ischioperineal ulcers, postoperative physical therapy and careful adjustment of pressure-relieving devices are paramount to minimizing the recurrence rate.

In summary, recurrent pressure ulceration is a significant challenge for spinal injury patients. Care must be taken to design muscle, myocutaneous, and fasciocutaneous flaps wisely, to plan for the possibility of additional flap coverage in the future. Before committing to a hip disarticulation and total thigh flap when all local tissue has been used for prior ulcer coverage, consider flaps from the contralateral lower extremity, including the gracilis muscle, which can be combined with re-advancement or re-rotation of local flaps.

Patient signed consent for photography during surgery and after surgery. 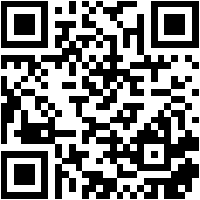