Aim: Breast reconstruction has several beneficial effects on psychosocial well-being and quality of life. The ultimate goal has always been to create the most natural breast mound. Thus in many centers, the unilateral pedicled transverse rectus abdominis myocutaneous (TRAM) flap remains the most common technique for breast reconstruction. Our objective was to retrospectively compare the outcomes of ipsilateral and contralateral pedicle TRAM flaps.

Methods: The total of 110 patients underwent unilateral breast reconstruction with pedicle TRAM flap at Cancer Institute of Tehran University of Medical Science from January 1996 to June 2011. Premorbid risk factors, postoperative outcomes and demographic data were assessed. The analysis of the recordings was done by SPSS 20.

Transverse rectus abdominis myocutaneous (TRAM) techniques have long been applied but selecting a superior technique is controversial. The selection of the best procedure significantly affects the outcome of flap viability, patients’ satisfaction, and quality of life[3]. The pedicle TRAM flap is still one of the most common procedure performed in many centers. Our study demonstrates that it is associated with a low complication rate and a high level of patient satisfaction in our center[4].

Morbidity and adverse events following different reconstructive breast surgeries are reported to be widely varied. In general, patients selected for pedicle TRAM flap reconstruction must have adequate abdominal soft tissue for the procedure to be successful. There are several identified risk factors contributing to the post operative complications of pedicle TRAM flap reconstruction. These factors are cigarette smoking, obesity, prior radiation therapy, abdominal surgery, and significant medical comorbidities[5].

As the experience and comfort with micro-surgical techniques and instrumentation and post-op monitoring facilities are not available in all centers. Surgeons perform the pedicle TRAM flap because it demands less technical and facility requirements and has fewer complete flap loss in comparison with free flap techniques[6].

Rotation of pedicle TRAM flap can be ipsilateral or contralateral. Some surgeons believe that the ipsilateral procedure might result in more tension on the vascular pedicle and folding of the pedicle could reduce the blood supply of the flap[7,8]. In order to avoid the folding and the vascular flow surgeons have preferred to use the contralateral pedicle TRAM flap. The contralateral pedicle TRAM flap also seemed to have some aesthetic limitations due to ablation of the xiphoid subunits and the medial infra-mammary fold. There are also some limitations from the shorter pedicle length[7]. There are reports indicating differences in early and long-term outcome of these two techniques[9]. Some authors reported similar safety of both techniques[10] while others favored one pedicle TRAM technique over the other one[8,9].

Our objective was to retrospectively compare outcomes of ipsilateral and contralateral pedicle TRAM flaps in a retrospective cohort study. In our center free flaps for breast reconstruction are not routinely performed. Therefore we performed this study to analyze the outcomes and complications of TRAM flaps performed in our center. We were able to assess the risk factors which could cause more post-operative complications and compare the results of ipsilateral and contralateral TRAM flaps retrospectively. We are aware that free flaps will substitute TRAM flaps inevitably, so in this study we measured the results of TRAM flaps in our center. The study primary endpoints were postoperative morbidity (defined as occurrence of at least one of the postoperative complications within the follow-up period), need for re-hospitalization and need for re-operation.

In total of 110 patients who underwent unilateral breast reconstruction with pedicle TRAM flap at the Cancer Institute of Tehran University of Medical sciences from January 1996 to June 2011, were included in this study. The ethics committee accepted this study and the patients were informed about it during their follow-up exams. Patients with micro-vascular super-charging of the flap or those who received a bi-pedicle or bilateral TRAM flap were excluded. Patients’ age, height, weight, history of smoking, and associated comorbidities (diabetes mellitus, dyslipidemia and hypertension), steroid use, history of liposuction, tumor staging (based on TNM criteria), presence of tumor markers (estrogen receptor status, progesterone receptor, P53, Her2Neu), history of post-mastectomy radiotherapy or chemotherapy and finally the time length between mastectomy and reconstruction were abstracted from the medical records. Type of pedicle TRAM (ipsilateral vs. contralateral), timing of the procedure (immediate vs. delayed), and usage of mesh for the abdominal wall closure were also recorded.

All patients had follow-up examinations every week for the first month and monthly thereafter for 6 months. Postoperative outcomes were assessed using clinical data records if available, otherwise we communicated with the patients’ physicians. The mean follow-up duration was 2.69 years for ipsilateral group and 3.21 years for contralateral group.

SPSS 20 (SPSS Inc., Chicago, IL, USA) was used for statistical analysis, with comparison of discrete variables by Pearson chi-square or Fisher’s exact test, and comparison of means by t-test. A value of P < 0.05 was considered significant. Predictors exhibiting a statistically significant relation with postoperative morbidity were taken for multivariate logistic regression analysis to evaluate their independence as predictors. Odds ratio (OR) and 95% confidence intervals were calculated.

Baseline characteristics of the study population and the type of procedures for breast reconstruction, n (%)

Although the pedicle TRAM flap provided a foundation for the burgeoning field of breast reconstruction, the overall contemporary trend has focused on approaches which provide improved aesthetic outcomes while minimizing complications and donor site morbidity. The most advantageous benefit of pedicle TRAM flaps as a method of autogenous reconstruction is to employ removed excess lower abdominal tissue thorough a cosmetic abdominoplasty and achieve a long lasting satisfactory outcome. To do this, careful selection of patients and the best procedural technique in addition to pre-operative risk profile management can effectively reduce post-operative adverse events.

A history of mastectomy, chest wall radiation, advanced age, tobacco use, and some other underlying medical conditions are identified as predisposing factors to postoperative complications[5]. In our study, based on conclusions from the multivariable regression model, none of the study variables other than the laterality of the flap could predict morbidity.

The overall rate of morbidity observed in our study regardless of the type of technique was 27.4%. This seemed to be lower than the previously reported 31.82% by Fathi et al.[11] The difference might be explained by the differences in the definition of postoperative morbidity and the time of follow-up period in our study in comparison with theirs. We did not encounter any total flap loss which is the most serious complication of microsurgical breast reconstruction.

Unlike some other previous reports we did not find any correlation between age or BMI and morbidity in this study. The only comorbidity which could increase the rate of post-operative complications was smoking.

In a previously irradiated breast, because of the ischemia due to damage to the internal mammary vessels, some surgeons prefer not to use ipsilateral pedicle TRAM flap for breast reconstruction. We could not find any correlation between previous radiotherapy and morbidities after contralateral or ipsilateral pedicle TRAM flap. This result is similar to the study of Janiga et al.[9]

The experience gained in these procedures during the last two decades has enabled surgeons to identify certain risk factors such as obesity, previous abdominal surgery, advanced age, and tobacco use that can increase complication rates. Some researchers suggest considering those factors as contra-indications for a pedicle TRAM flap[15,16]. We did not find in our study a higher morbidity rates associated with these risk factors except for smoking. The outcome of pedicle TRAM flap reconstruction in obese patient was similar to non-obese patients in our previous report[17].

The present study had some limitations. It is a retrospective study, inevitably it could have confounding biases due to lack of information on some factors not available in the medical records. Patients in this study were operated on by different surgeons and this could affect the outcome of procedures. However, we were successful in comparing the outcomes and morbidity-free survival rates of the two commonly performed pedicle TRAM flaps (ipsilateral vs. contralateral).

Approved by the ethics committee and the patients were informed about this study during their follow-up period. 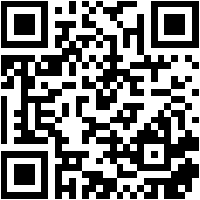