This article belongs to the Special Issue Keloid and Its Treatment
Views:29676 | Downloads:664 | Cited:

Aim: Keloids often occur on the chest wall, with high recurrence rates despite surgery and radiotherapy. Garment pressure therapy is commonly used to treat hypertrophic scars and keloids. Irregularity of the chest wall surface can inhibit the effects of the garment pressure therapy. This clinical study is to determine the effect of inflatable pressure garment in preventing keloid recurrence after keloid operation and radiotherapy.

Conclusion: Appropriate and effective pressure can be generated with inflatable pressure garment on the chest wall. This device may be useful in preventing chest wall keloid recurrence after keloid operation and radiotherapy.

Keloids may be induced by many causes, such as acne, folliculitis, insect bites or surgery.[1] Keloids often occur on the chest wall. Many therapeutic approaches for keloids have been reported in the literature. The most commonly accepted treatments include excision, irradiation, steroid injections, and pressure therapy with silicone gel sheets or bandages.[2]

The edge of the keloid was marked with gentian violet; then, 0.5% lidocaine was infiltrated to provide local anesthesia in the skin around the keloid. A full-thickness incision was made along the mark, and the keloid was removed. After achieving hemostasis, the skin around the incisional border was undermined at the deep layer of the superficial fascia for 3-5 cm, and the incision was closed. A skin graft was used if the wound was too wide to be closed primarily. The wound was then covered with sterile gauze. Radiation therapy was administered. The sutures were removed 14 to 21 days after the operation.

Radiotherapy was administered at the surgical sites (closed primarily) on the 1st and 7th postoperative days. Every surgical site was treated with 900 cGy of electron beam irradiation at each session. A second radiotherapy session was administered on the 14th postoperative day if skin graft was used, when survival of the skin graft had been established and the sutures had been removed.

In order to confirm the pressure effect of the inflatable pressure garment device, a comparative study was conducted between the device and the regular pressure garment. The device consisted of 3 parts: a regular pressure garment, an inflatable silicon expander and an inflation device. Ten volunteer young patients (5 male and 5 female, age range between 21 and 30 years) wore the regular pressure garment (WSY003 Short Sleeve Garment, Beijing Medical Elastic Sleeve) first. Pressure was detected and recorded using a manometer (COMARK C9553, England) at the sites of the right and left infraclavicular area, manubrium and mid-sternum area between breasts. Then the inflatable silicon expander was inserted under the garment at the same area and was inflated until the patients felt slight pain at the sites. The pressure was then detected and recorded. The data was analyzed with SPSS 22.0 (SPSS Inc., Chicago, IL, USA) using the t-test. All data are reported as the mean ± standard error of the mean. The level of the test was considered statistically significant if less than 0.05.

The inflatable pressure garment device was used 1 month after the operation to allow for appropriate wound healing. First, the wound site was cleaned with warm water. A piece of silicon gel was applied to the wound after the site was dry. Then, the patient was asked to wear a regular pressure garment [Figure 1A]. Afterwards, the silicon expander, which was wrapped with soft cloth, was inserted under the garment. The expander was carefully adjusted to ensure that it covered the entire area of the scar. The inflation device was used to inflate the expander, generating pressure [Figure 1B]. As more air was added to the expander, the pressure increased. The appropriate pressure range was from 4.5 to 10 kPa. Higher pressure may cause pain at the involved site, whereas lower pressure may be less effective. None of the patients reported breathlessness. The patient was able to adjust the pressure by controlling the inflation device; the expander size was chosen based on the size of the scar. Patients were asked to use the inflatable pressure garment device daily for at least 12 h during the therapy period. Pressure therapy could be stopped after 6 to 12 months of therapy, once the scar had become pale, flat and smooth.

Figure 2. A male patient with a chest wall keloid that was treated with surgical excision, radiotherapy and inflatable garment pressure therapy. (A) Preoperative view; (B) 8 months after the operation, the incision scar was flat, pale, smooth and almost invisible

Figure 3. A female patient with chest wall keloid that were treated with surgical excision, skin graft, radiotherapy and the inflatable garment pressure device therapy. (A) Preoperative view; (B) almost all of the incision was flat and pale 18 months after surgery

Figure 4. A female patient with chest wall keloids that were treated with surgical excision, radiotherapy and conventional garment pressure therapy. (A) Preoperative view; (B) 21 months after the operation, keloid recurrence was observed

Figure 5. A female patient with chest wall keloid that were treated with surgical excision, skin graft, radiotherapy and conventional garment pressure therapy. (A) Preoperative view; (B) keloid recurrence was observed 3 years after operation

Pressure has been known to be a useful treatment method for scars since the 16th century.[9] Garment pressure therapy is now widely used in the treatment of hypertrophic scars and keloids. Possible mechanisms of its effect include hypoxia, biochemical changes and cellular or collagenous influences.[8] The effects of pressure have also been reported on the growth of human scar fibroblasts and on cellular proliferation and apoptosis.[10,11] Pressure inhibits the proliferation of cells, especially fibroblasts; it also suppresses collagen production and accelerates apoptosis, inhibiting the growth of hypertrophic scars and keloids.

Appropriate pressure levels are required for garment pressure treatment. Van den Kerckhove et al.[7] compared the effects of 10 and 15 mmHg pressure garments. They observed that 15 mmHg of pressure tends to accelerate scar maturation. Some authors have recommended the use of pressures between 20 and 40 mmHg, based on the theoretical 25 mmHg arterial capillary pressure level.[8] Although no standard pressure values have been established, some common practices are accepted. One study recommended a pressure above 15 mmHg.[8]

Anatomical concavity is the most important factor in the reduction of the pressure applied by garments. Therefore, conventional garment pressure therapy is seldom effective in the treatment of chest wall keloids, and its usage is limited. We have previously observed many recurrences in patients with chest wall keloids that were treated with conventional pressure therapy [Figures 4 and 5]. Anatomical convexity increases the garment pressure; therefore, methods that can convert an anatomical concavity to an anatomical convexity will also theoretically change the garment pressure. Our inflatable pressure garment device was designed according to this hypothesis. The concave site on the chest wall was converted into a convex shape by inserting the expander under the garment and inflating it. The convexity and pressure increase can be controlled by an inflation device, which permits the generation of a range of pressures from 4.5 to 10 kPa (approximately 40 to 77 mmHg). These pressures are higher than the 20 to 40 mmHg pressure range that other authors have recommended.

Compared to hypertrophic or normal scars, keloid scars have a higher recurrence potential. A pressure range under 40 mmHg may be effective in treating hypertrophic or normal scars. However, this is not the case in the treatment of keloids, where higher treatment pressures may be necessary. The generated pressure range is limited for conventional pressure garments, which cannot generate suitable pressure levels in specific areas, especially concave sites. The inflatable pressure garment that we designed can generate any anticipated pressure at any specific site. Pressures higher than 40 mmHg at a keloid site can be generated with this device. The pressure generated with this device may be more effective in treating keloids, preventing recurrence and achieving satisfactory clinical results.

Although pressure therapy is effective in scar treatment and prevention, inflatable pressure device can generate more effective therapy pressure, surgical intervention should also be emphasized in keloid treatment especially chest wall keloid treatment. Effective wound tension release should be achieved. Normal wound healing process should be guaranteed. To achieve this, some operation method such as “Z-plasty” and tension line redirection can be used. More satisfactory results would be reached if combined application of the inflatable pressure device with other clever surgical methods.

In conclusion, an inflatable pressure garment can generate appropriate and effective pressure on the chest wall by changing its shape from concave to convex and may be a useful device for preventing keloid recurrence involving the chest wall.

The informed consent have been obtained from the patients.

All the treatment procedures are in accordance with the ethics approval of Peking Union Medical College Hospital. 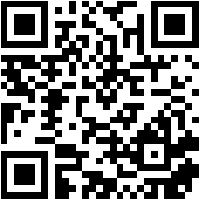