Methods: The authors performed 21 extended abdominoplasties and compared them with 21 torsoplasties in post-bariatric patients during a 1-year period. Data studied was age, gender, duration of the procedure, blood loss, complications and hospitalization duration.

Conclusion: The authors believe that extended abdominoplasty is a viable alternative to the torsoplasty in selected patients presenting a severe adipocutaneous circumferential laxity, as occurs in post-bariatric patients with a significant weight loss.

In the last years, the prevalence of obesity has increased in most industrialized countries.[1] The rise on obesity prevalence has taken a concomitant increase in bariatric surgery procedures. Moreover, bariatric surgery has demonstrated to improve or even to eradicate significant obesity-related comorbidities including diabetes mellitus, hypertension, dyslipidemia, and obstructive sleepapnea.[2-6]

Despite the large number of benefits conferred by bariatric surgery, the massive weight loss causes a persistence of a large amount of inelastic skin and subcutaneous tissue, which can lead toskin irritations, mycotic infections and secondary self-imaging problems (potentially a worsened overall patient body-image). Skin redundancy following massive weight loss is both an aesthetic and functional problem.

The number of patients demanding plastic surgery correction of contour abnormalities has increased with the advancement in weight loss procedures. Massive weight-loss patients often present a circumferential truncal skin and subcutaneous tissue redundancy, which cannot be optimally corrected by common abdominoplasty techniques. The main issue is the remaining of skin bulges in the flanks and in the dorsal area. When glutealptosis is also present, a 360° contouring procedure is necessary: in these cases the most frequent operation is torsoplasty.[7]

Nevertheless, both circumferential abdominoplasty and torsoplasty have intraoperative and postoperative high risk of complications such as bleeding, anemia, dorsal dehiscence of the surgical wound due to forced supine position, infection, seroma (often posterior ones).[8-10]

As an alternative to circumferential abdominoplasty, wedescribeour experience with the extended abdominoplasty technique.[11,12] This technique was first described by Mejia and Cárdenas Castellanos[12] to treat aesthetic deformities of the abdomenin non-bariatric patients and it preserves the median dorsal area from surgical traumas. We extended the indication to the massive weight loss patients. The aim was to reduce postoperative complications and hospitalization time.

Twenty-one consecutive patients underwent extended abdominoplasty after bariatric surgery [body mass index (BMI) ≥ 40] between September 2014 and November 2015. Data concerning age, gender, BMI at the time of plastic surgery, weight loss, duration of the procedure, resected tissue weight, perioperative blood loss, duration of hospitalization, follow-up, associated procedures and complications were collected and compared with those of 21 patients who had undergone a classical torsoplasty during the same period.

Patients were selected after passing the following inclusion criteria: severe abdominal and truncal skin redundancy, circumferential lipodystrophy type VI according to Mejia and Cárdenas Castellanos,[12] unchanged weight during the last year, and age between 30 and 65 years.

Patients were excluded if affected by diabetes or coagulopathies, or if they had undergone prior trunk reshaping procedures were excluded.

Patients’ characteristics are described in Table 1.

We performed the body contouring procedures after twelve months of stable bodyweight. Liposuction wasn’t performed in any case. Photographs were taken preoperatively and postoperatively.

Skin markings are placed preoperatively with the patient in standing position, the day before the procedure, using a method similar to that described by Mejia and Cárdenas Castellanos.[12] The scaris positioned low enough to be easily hidden by the underwear.

Anteriorly, a vertical supra-pubic midline is drawn. The lower point of the resection is 7-8 cm from the vulvar anterior commeasure or from the base of the penis. Two lateral lines of 7 cm are drawn from the vertical line, and are then continued to the iliac crests. 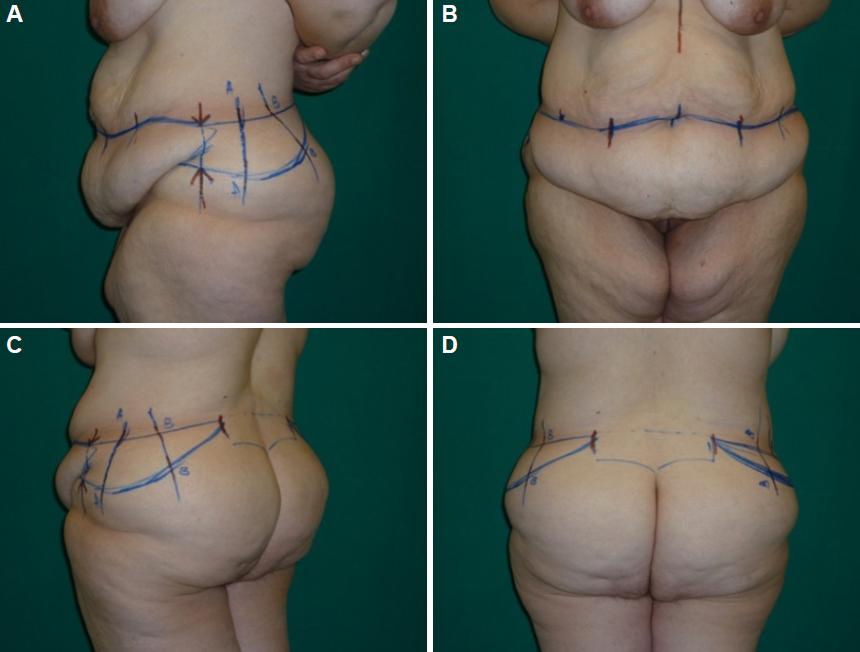 In the dorsal area, we draw a vertical line positioned in the interspinal line, and then the marking of the upper incision line is extended backwards, almost straight over the gluteal crease, not exceeding it [Figure 1C]. This line is then directed downwards and medially. And by pinching, the inferior line has to be marked in order to correct the glutealptosis [Figure 1D].

Lastly, vertical lines along the entire drawing have to be marked for the correct alignment of the upper and lower flaps during the suture.

The patient is anaesthetised and then placed in prone position. Pressure sore protections are placed under shoulders, knees and ankles. The patient is prepared from scapula to buttocks with povidoneiodine. Skin and subcutaneous soft tissues are incised following the preoperative markings to the lumbar fascia without undermining of the non-resected tissues. Haemostasis is carefully performed by electrocautery. After the excision of the adipocutaneous tissue, two drains are placed. Three layer closure is performed: Vicryl 2/0 (Ethicon Inc, Somerville, New Jersey) for fascia superficialis, Monocryl 3/0 (Ethicon Inc, Somerville, New Jersey) for the deep dermis and Monocryl 4/0 for endodermic suture.

Then the patient is placed in the supine position; skin and subcutaneous tissues are incised down to the anterior abdominal wall fascia respecting the preoperative markings. Umbilicus is isolated and preserved and the flap is elevated to the chest and the xiphoid area. Adipocutaneous excess is removed by a flute mouthpiece incision from the subcutaneous tissue to the superficial fascia. Plication of the muscular fascia is performed with a resorbable suture whenever is needed. The navel is externalized, and two additional drains are placed in the anterior trunk. The surgical wound is closed again in three levels, as in the dorsal incision.

All patients received compression stockings and daily prophylactic low-molecular-weight heparin subcutaneously, until 1 week after discharge. The patients were mobilized from the first day after surgery. Antibiotics were administered intravenously during the surgery and continuedorally until discharge. Drains were removed after 4-5 days.

The patients were discharged after a few days and followed up at 15 days, 1, 2, 3 and 6 months and 1 year, or more frequently in the presence of complications.

Only 5 cases of superficial cutaneous necrosis occurred on the bisiliac suture line, 2 in the first group and 3 in the second group, solved with local dressings in less than 3 weeks.

Patients were uniformly pleased with their results: 90% of them were very satisfied, whereas 10% graded their results as satisfactory.

The National Institutes of Health Consensus Conference stated in 1991 “only surgery has proven effective over the long term for most patients with clinically severe obesity”. This statement was confirmed and updated in 2004, by the American Society for Bariatric Surgery (recently renamed as the American Society for Metabolic and Bariatric Surgery).[13] The number of bariatric surgery procedures has increased steadily since then and, as a result, the number of massive weight loss patients seeking body-contouring procedures has considerably grown. The redundant excess skin interferes with fitting clothing, physical and sexual activity, hygiene, and it can frequently cause recurrent bouts of infection.

The post-bariatric patient represents a challenge for plastic surgeon. Although post-bariatric body-contouring procedures are generally associated with high rates of patient satisfaction, the surgeon has to face the negative impact of postoperative complications. The post-bariatric surgery population appears to be at higher risk compared to patients who are not obese.[14]

Arthurs et al.[15] found that pre-panniculectomy BMI was the most important factor that independently predicted postoperative complications after a panniculectomy; meaning that post-bariatric surgery population is at higher risk compared to non-obese patients. Patients with a BMI greater than 25 kg/m2 are at nearly three times the risk of postoperative wound complications. Other important risk factors for complications are nutritional deficiencies, smoking, venous varicosities, and poor quality orinelastic tissues.

To obtain the best outcomes, a comprehensive perioperative approach is required. Proper patient selection, carefully considered surgical timing and the choice of the surgical technique are fundamental to avoid complications.

There are many anatomical regions that massive weight loss patients would like corrected: redundant flank and abdomen, hip rolls, breasts, arms, buttocks and thigh ptosis. For this reason body contouring is generally not considered as a single stage procedure.

Among all the body contouring procedures, abdominoplasty has a crucial role in body image recovery. But the results, even in the most extensive form of abdominoplasty are usually suboptimal because the back and lateral flank deformities are not considered.

To address the circumferential nature of the skin excess in these patients, various surgical techniques were developed. Circumferential torsoplasty was first described in1960 as the “beltlipectomy” by Gonzalez-Ulloa.[16] His technique involved anterior and posterior midline vertical wedge. Baroudi[17] described a similar technique but without the wedge resection. In 1991 Lockwood[18] described the superficial fascial system of the torso and extremities, and its use in high-tension-lateral closure in the transverse flank-thigh-buttock lift. In 1996 Hunstad[19] described a combined technique of circumferential torsoplasty and liposuction.

In 2002, Pascal and Le Louarn[20] proposed a new concept in the circumferential abdominoplasty: body lift with high lateral tension, creating a dermal flap for the suspension of the buttocks and trochanteric regions.

Seroma is the most frequent complication. It commonly occurs in the posterior region, which is a well-known region for seromas after back surgery.

To minimize complications and hospitalization time, we propose a modified approach to the traditional circumferential torsoplasty, described by Mejia and Cárdenas Castellanos[12] as “extended abdominoplasty” in massive-weight-loss patients.

Compared to traditional torsoplasty the extended abdominoplasty technique preserves the median dorsal area from surgical trauma. This area contains a fascial-aponeurotic tissue, rich in vessels, with skin and subcutaneous firmness [Figure 5], which is at higher risk of bleeding and less involved in theptosis processes. The advantage of avoiding this area is the reduction of intraoperative bleeding, operative time and hospitalization days. 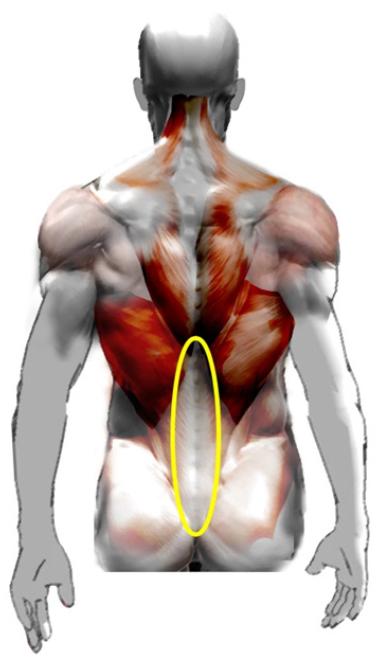 Figure 5. The median dorsal area. In this anatomical district, there is a fascial-aponeurotic tissue, rich in vessels, with skin and subcutaneous firmness

Despite the limited number of cases, in our experience, the comparison between extended abdominoplasty and torsoplasty gives encouraging results regarding blood loss, transfusion rate, operation length and hospitalization days. We had no cases of seroma formation and no other major complication. We reported 5 cases of superficial cutaneous necrosis occurring on the bisiliac suture line, which was managed with local dressing changes for less than 3 weeks. As described in the result section, data analysis supports this hypothesis but the small number of patients limits its significance.

This procedure allows a better distribution of loose tissue after removal of the excess from the flanks. It permits narrowing of the waistline and suspending the skin of the gluteal area without stretching the buttock crease. Compared to the traditional torsoplasty, the aesthetic result is better considering the shorter size of the scars. Patients happily accept the perspective of a shorter scar.

In conclusion, this study presents the results of the use of the extended abdominoplasty in post-bariatric patients. According to the results, this technique allows a reduction in blood loss, operative time and hospitalization days, and consequently leading to less complications and costs.

We believe that extended abdominoplasty is a viable alternative to torsoplasty in selected patients presenting with a severe adipocutaneous circumferential laxity, as occurs in post-bariatric massive weight loss patients.

The study was approved by the ethics committee of our institution and was performed in accordance with the ethical standards laid down in the 1964 Declaration of Helsinki and its later amendments. 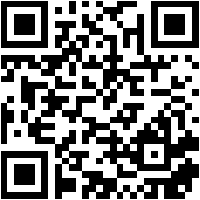