Body contouring: “less is more and don’t throw anything away”

Year after year, body contouring (BC) request in getting higher, this is confirmed by the most respected society in the field of aesthetic plastic surgery;[1] this is related not only by post bariatric surgery’s patients seeking, but also by patients that due to bad habits, sedentary job, etc. lost their ideal physical shape and look for getting better and heathy. Results achieved after surgical BC procedures can be terrific, changing patient's self esteem, however sometimes are not so good as patients can expect: why?

BC surgical procedures have more than a century of history, during this period were refined and improved, reducing surgical risk and gaining better results. An easy example of how BC procedures changed during the time can be shown by tummy tuck surgery.

Traditional abdominal plastic surgery result in a high rate of morbidity stemming from the necessity for a large undermining of the flap in which the perforating vessels are sectioned,[2-5] consequently, the vascularity of the remaining flap is supplied only by the intercostal, subcostal, and lumbar per-forating branches, which are situated in the back and flank regions.[6] Moreover the occurrence of ischemic processes with tissue necrosis and dehiscence of the suture has been described when ab-dominoplasty is associated with liposuction.

In 2001, the Brazilian plastic surgeon Saldanha et al.,[8] for the first time, described the so called “li-poabdominoplasty”, a technique characterized by selective undermining between the medial borders of the rectus abdominal muscles combining abdominoplasty and liposuction.[9,10]

The new and conservative concept is based on the preservation of the abdominal perforating vessels (subcutaneous pedicle);[6] this technique conserves about 80% of the blood supply of the abdominal flap compared with traditional abdominoplasty, moreover, lymphatic nodes and nerves are preserved, which is an improvement on traditional abdominoplasty.[8-11]

This is a great example how in BC surgery: “less is more”; and how the exact knowledge of the anatomy let to achieve better and safer results.

The same concept can be extended in BC performed after massive weight loss; in buttock reshaping, as a logical extension of Millard’s principle: “don’t throw anything away”; it is imperative not just excising tissue’s excess, but use it for buttock’s shape remodeling.[12]

After massive weight loss, buttock lowers and flattens, in this clinical cases, the gluteal dermal flaps (the tissue that would be discarded in a simple dermolipectomy) can be harvested and used to get better body proportions.[9]  One more big evolution in the field of BC has been also given by the structural fat graft.

Fat grafting is characterized by a simple concept, fat removal where it is in excess and re-injection of it in areas that need to be augmented: also with this technique “don’t throw anything away”!

However, fat grafting isn’t a “novel technique”; in 1912, Joseph,[13] a German surgeon, for the first time published photographic documentation of natural appearing changes after infiltration of fat into 2 patients with facial lipoatrophy; in 1926, Miller[14] described his experience with infiltration of fatty tissue through cannulas on 36 cases correcting cicatricial contraction on the face and neck; however, this technique never became widely used.

In the 1980s, Illouz[15,16] described great results for iatrogenic liposuction deformities and facial lipodystrophies, although his later reports were discouraging and claimed that grafted fat had a survival similar to that of injectable collagen. Later on similar results were reported by Ersek et al.[17,18] for first and then by Ellenborg,[19] both had disappointing results that discouraged plastic surgeon on this technique, even when a few years later, both of them, changing their fat processing technique reported long term results if fat grafting. Only in the 1990s, thanks to the American plastic surgeon Coleman,[20] who firstly described and codified the technique called “structural fat graft”, fat grafting gained popularity; although not all the surgeons use the technique described by Coleman,[20] fat grafting is performed routinely in plastic surgery, often and often as ancillary procedure in body contouring.

Although some question the long-term survival potential of fat transfer, nowadays there are hundreds of papers outlining how great is this surgical procedure, with a resorption that tends to be uniform in the first 3 to 6 post operative months; in fact patient are told that the final results are not fully evident until that time and, if at that time they desire further augmentation, this can be repeated, since patients looking for BC procedures frequently have multiple areas of lipodystrophy that may necessitate additional procedures.[11]

However, even fat grafting is only one of the thousands refinements that have been described in BC in last century…

This surgery is changed a lot in last years, is changing now, year after year, and will also changes a lot in the future, fundamental concepts are represented by doing safe procedure and trying to reduce at least the use of prothesis: “less is more” and “don’t throw anything away” seems to be paradigmatics. An appropriate preoperative plan is mandatory to get the best! However, surgeons have also to encourage patients, after BC, to have an healthy life style, get sport and follow a right dietary; only with a good surgeon and a good patient, unbelievable result can be achieved! 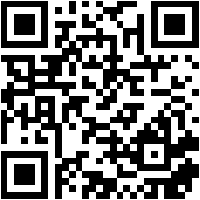