How we do it: the Running-X suture technique

There are a myriad of suture techniques available to close incisions of the brow and forehead, each with their own advantages and disadvantages. The ideal suture technique would provide excellent cosmetic results, offer expedient wound closure, optimize skin eversion and wound edge apposition, and provide excellent cosmetic results. The authors describe a new suture technique, the Running-X suture, a running horizontal mattress suture that has successfully been used by the senior author for many years to re-approximate surgical wounds of the brow and forehead in an expeditious and aesthetic manner.

The choice of suture technique used to close incisions depends on multiple variables which include anatomic location, thickness of skin, type of wound, and degree of tension. Of the various epidermal skin closure techniques used throughout the body, simple interrupted and simple running sutures are the most common because of the ease of placement and speed of closure.[1,2] Although simple interrupted sutures are easy to place and have a lower potential to cause impaired cutaneous circulation, the major disadvantages are that the technique is more time consuming and produces minimal eversion. The main advantages of using a simple running suture are the rapid closure of wounds and its ability to simultaneously approximate the dermis and epidermis. However, its major disadvantage is poor control of inversion and eversion of the epidermal edges. Mattress sutures are also widely used in epidermal closures because of their ability to produce eversion, compression of wound edges, and close wounds under moderate tension.[3,4] One of the major disadvantages to mattress sutures, both vertical and horizontal, is they are more prone to become buried during the healing process, requiring a more tedious removal. Combining the advantages of mattress sutures with the time saved using a running technique has been widely described, although the wound edge apposition tends to be imprecise.[2]

The Running-X begins with a simple interrupted stitch. The initial throw is passed from the epidermis on the opposite side of the wound, through the wound, and then out of the epidermis. A knot is tied and the free end of the suture tail is cut leaving a small tail [Figure 1a]. 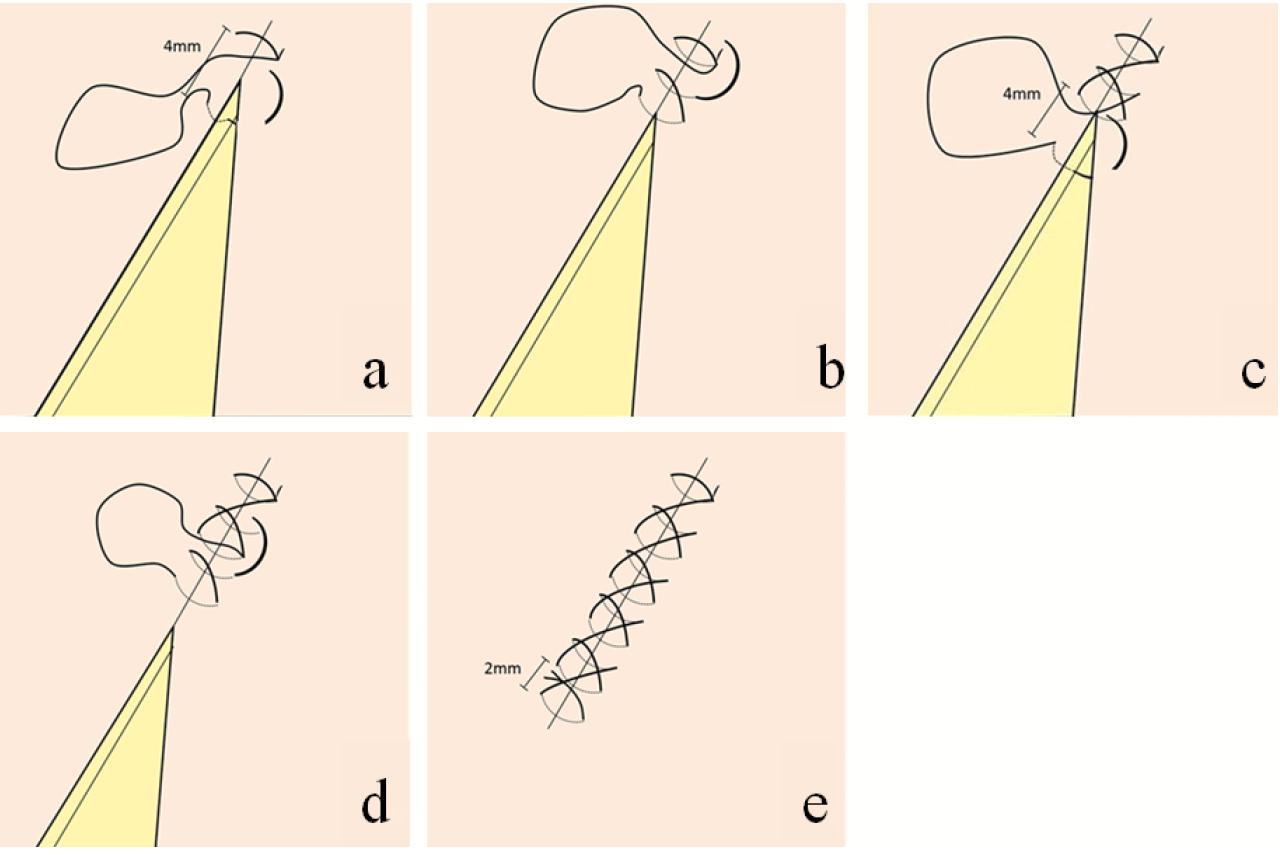 We prefer to use polypropylene (Prolene, Ethicon, Somerville, NJ, USA). This suture material provides more elasticity and stretch than nylon. This is important because it allows for wound edema and decreases the risk of tissue strangulation and necrosis.[3]

The Running-X suture is removed at the appropriate time interval for the specific anatomic locations to avoid track marks. The authors in this report have primarily used this technique for brow and forehead wound closures. Therefore, the sutures were removed at 5 to 7 days from closure.

The senior author (Ronald Mancini) has successfully used this technique for many years to re-approximate surgical wounds of the brow, forehead and temporal area. Since the Running-X technique is continuous it allows for rapid wound closure. The needle is always thrown in the same direction, reducing the time to reload the needle compared to a running horizontal mattress suture which needs to be reloaded in opposing directions with each throw. This technique functions as a horizontal mattress specifically at the interval between the far and near throws. The horizontal and oblique forces placed across the wound at these intervals of the technique provide excellent skin eversion and precise wound edge apposition. The eversion is created in a similar fashion to running horizontal mattress sutures. However, it is superior to the running horizontal mattress because the “X”s created over the wound edges provide a leveling force for the epidermal edges. In addition, the Running-X is excellent for closure of wounds under tension because it provides added strength. A similar suture pattern has been described for epitendinous suture in tendon repairs, and when compared to a simple running suture, the similar patterned suture provided a 245% increase in tensile strength.[5] Since this technique places suture strands over the wound, unlike traditional running mattress sutures, these strands can easily be divided at the time of suture removal with minimal patient discomfort. Finally, through a summation of the advantages of the Running-X, this technique has provided the authors with excellent cosmetic results [Figure 2].

Despite our positive clinical experience with this technique, further studies are required to further define the limitations and tissue biomechanics of this technique and a prospective study comparing the Running-X suture technique with commonly used running and interrupted suture techniques is necessary before any definitive conclusions can be drawn. 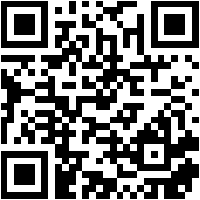