Self-esteem and rhinoplasty: a case-control study

Methods: A total of 42 patients completed the validated Rosenberg Self-Esteem Scale preoperatively (21 aesthetic surgery patients and 21 functional surgery patients). Those with both aesthetic and functional purposes were categorized regarding their primary objective. The t-test for independent groups was used for analysis of the data, and Cohen’s d was calculated as a measure of effect size.

Results: The mean level of self-esteem in the aesthetic surgery group was significantly lower than that of the functional surgery group (P < 0.05). Age, gender, socio-economic status, and educational backgrounds were analyzed and comparative analysis of each showed no significant difference between the two groups. The value of effect size measure was very high (d = 1.04).

Beauty is admired by everyone, and facial beauty is the most important component of beauty among humans. Several studies have suggested that the perception of facial attractiveness is relatively independent of culture.[1,2] Attractive faces activate reward centers in the brain,[3] motivate sexual behavior and the development of same-sex alliances,[4,5] and elicit positive treatment in various settings.[6] As a result, it is not surprising that philosophers and scientists have long puzzled over what makes a face more attractive and why we have specific preferences.[7]

Aesthetic plastic surgery deals with the psychosocial problems of patients in addition to their medical condition. In the past several decades, researchers have begun to explore the psychology underlying cosmetic surgeries. This aspect of cosmetic surgeries has two major aspects, the surgeons’ viewpoints and the patients’ points of view. The opinions of surgeons on this subject vary and have not been studied comprehensively. For patients, the strongest motivation for undergoing cosmetic surgery is body dissatisfaction, as their physical appearance constitutes an important part of their self-esteem.[9] Body image refers to the way people perceive their bodily appearance[10] and consists of several components. Sarwer et al.[11] introduced a theoretical model of the association between body image and aesthetic surgery in which the two basic parts of body image, valence and body image value, play a crucial role.[12] Body image valence refers to the importance of body image to one’s self-esteem, whereas body image value describes the extent to which one is satisfied with her/his physical appearance. According to this model, those whose self-esteem highly depends on their appearance and those who have significant body dissatisfaction levels will consider cosmetic surgery.

Self-esteem is one of the psychological aspects of aesthetic surgery which has received increased attention in the past few decades.[13] Self-esteem refers to how much people value or accept themselves for whom and what they are. It has also been defined as one’s attitude towards oneself or one’s opinion or evaluation of oneself, which may be positive, neutral, or negative.[14] It has been shown that satisfaction with one’s own appearance (positive body image) and self-esteem are relatively strongly correlated, especially in women.[15]

A total of 42 surgical patients (28 females and 14 males) were recruited for this study using the convenience sampling method from a surgical clinic in Tehran, Iran. All patients had been scheduled to undergo plastic surgery in winter 2012. Approval from the ethics committee of the Rhinology Research Society and Tehran University of Medical Sciences and informed consent were obtained. Twenty-one patients who needed functional rhinoplasty surgery were recruited as the control group while 21 cases of aesthetic rhinoplasty were included as the study group. The deformities included: dorsal hump, supratip nasal deformity, septal deviation, and dorsal irregularities. No congenital deformities were present in the cases. Secondary rhinoplasty patients were excluded given the greater risk of issues with self-esteem and body image. Those with both functional and aesthetic complaints (n = 7) were asked about their main objective and were categorized accordingly.

A questionnaire consisting of information about the patient’s age, gender, marital status, educational background, and subjective socio-economic status (SES) was used as the demographic questionnaire.

Global self-esteem was measured by the Rosenberg Self- Esteem Scale[18] which contains 10 items to be scored on a four-point Likert scale. Higher scores correspond to more positive levels of self-esteem. Scores can range between 10 and 40, with scores below 21 indicating low self-esteem.[19] Response options were provided ranging from “strongly disagree” to “strongly agree” and were coded from 1 to 4. Therefore, the maximum and minimum scores were 40 and 10 respectively. Cronbach’s alpha in the current study was 0.86.

All participants from both groups completed the questionnaires preoperatively. Informed consent letters were also collected prior to administration of tests.

Data entry and analysis were performed in a blinded fashion by personnel who were not involved in the process of data collection. All tests were 1-tailed due to the hypothesis and P < 0.05 was considered statistically significant. Additionally, Levene’s test was performed for assessment of equality of variances. Statistical analysis was performed using Statistical Package for Social Sciences (SPSS) software.

Demographic characteristics of cases and controls

Using the t-test for independent groups, analysis of the data demonstrated that the mean self-esteem score in the aesthetic surgery group was significantly lower than that of the functional surgery group (P < 0.01). Age, gender, SES, and educational backgrounds were analyzed and no significant differences were found between the two groups (P > 0.05). Moreover, the Levene’s test for equality of variances was not significant (P > 0.05). Independent t-test details are presented in Table 2.

The objective of this study was to compare self-esteem between candidates applying for aesthetic rhinoplasty and patients seeking functional nasal surgery. Both groups were evaluated for other variables including age, gender, SES, and education, and no significant differences were found.

The findings of the present study are limited to behavioral manifestations prior to surgery. Other studies have evaluated the long-term outcomes of cosmetic surgery, and have demonstrated that aesthetic surgery can statistically improve self-esteem, depression, and anxiety.[20] However, only a small effect size (d = 0.15) has been reported for an improvement in self-esteem prior to and 6 months after aesthetic surgery.[21] Other psychological variables including depression and anxiety have also shown improvement following aesthetic surgery.[22] The findings of the current study are consistent with another study which reported high scores of depression among aesthetic rhinoplasty patients.[23,24] This study also supports the notion that an interest in aesthetic rhinoplasty is associated with a negative body image.[25]

The present study shows that aesthetic rhinoplasty patients are more likely to have low levels of self-esteem. Some limitations of the study are worth noting. First, the utilized instrument could have been more comprehensive by including more aspects of self-esteem. Second, two patients in the aesthetic group showed extremely low levels of self-esteem, which lowered this group’s mean score. It is recommended for future research to evaluate the differences using various psychometric instruments by more accurate sampling methods. 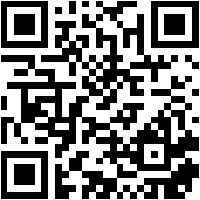