I completed my Residency in Plastic and Reconstructive Surgery at Tata Memorial Hospital, in Mumbai, India. "Everybody has gone through something that has changed them in a way that they could never go back to the person they once were." My life changing experience happened in India.

The first time I stepped foot in India was the 26th of September 2014. My Professor, Giorgio De Santis, Chief of Plastic and Reconstructive Surgery Department at Policlinico di Modena, President in charge of the Italian Society of Plastic, Reconstructive and Aesthetic Surgery, gave all his residents the opportunity to spend six months of their residency abroad; I chose India.

Though I was excited to embark on this new adventure, I also had some fears about India. However, upon arriving many of my fears were quickly washed away.

I was a visiting doctor at Tata Memorial Hospital (TMH), the second largest cancer hospital in Asia and the national center for prevention, treatment, education and research in cancer. India is the oral cancer capital of the world; 80% of Indian patients come to consultancy with late or advanced stage malignancy. The major cause is "chewing tobacco", a smokeless tobacco product consumed by placing a portion of tobacco between cheek and gum or upper lip teeth and chewing. In particular in India the most common used is "paan", a preparation combining betel leaf with areca nut, tobacco, slaked lime (chunnam); it is an addictive and euphoria-inducing formulation.

At TMH every week about 15 free flaps were performed, mainly for head and neck reconstruction; free fibula flap was daily bread, along with free radial forearm or anterolateral thigh flap; other flap performed weekly were pectoral mayor muscle cutaneous flap (about 5 per week), or latissimus dorsi (about 2 per week).

Deep inferior epigastric perforators flaps for breast reconstruction where performed once or twice a week and that's not including the larger number of breast cancer removals per week (approximately 20). Breast reconstruction is not a "trend" in India and this is basically due to the conservative way of thinking and religious beliefs; the female body is still considered a taboo and women often lack of self-confidence. Many women are unaware that it is even an option they could consider.

At TMH a normal surgery day was scheduled as following: patients arrived at the operating theater at 8 a.m.; after anesthesia induction, while the oncosurgeon started the demolition part, the plastic surgeons (one senior consultant and residents or fellows assisting him or performing surgery by themselves) performed the harvesting of the flap; the microscope time was always in the middle afternoon and most of the cases were completed for dinner time.

The senior consultants always trusted us as he would say, "Start, be confident, and if you have any problem, stop; I will guide you and help you". This is real teaching plastic surgery.

I spent the first month observing and trying to understand their entire system: the timing, the scrubbing, the instruments, the recording system, the tips and trick of surgery in India. After a month of observations, I started to scrub and to be part of the group. They welcomed me into their hospital and quickly I became part of their family of doctors.

At TMH I was able to hone the skills in which I had been trained at medical school. In India I had the opportunity to encounter, learn about, and treat a wide variety of diseases: sarcomas big as a soccer ball (to have a very realistic idea) or more, last stage melanomas, large ulcerations in the neck and cheek. Most of Indian population doesn't know that it is a tumor: at the beginning they try to tolerate, then they pray to their gods, they go to a guru, they use natural or ayurvedic methods and if all that fails they finally go to doctor for a checkup.

Patients come from the villages from all across India and sleep outside the TMH; some wait a week to be seen by a doctor. TMH is a hospital where different classes of people can still come and choose different levels of comfort during their recovery, from the beautiful suites to the common wards on the first floor with 30-40 beds. But all the patients in the operating room receive the same human treatment.

My life in India wasn't only confined to TMH. I scheduled one trip per month during the weekend: Goa, Agra (Taj Mahal), New Delhi, Kerala, Ajanta and Ellora, Rajasthan. This gave me the opportunity to understand, and still there's a lot to learn, a millenary and fascinated culture, made of colors, smiles, foods, traditions, gods, temples and all the ancient world mixed today with the fast and running progress that this developing country is brilliantly facing.

This experience changed my way of thinking, reacting, speaking, and living. I believe all residents should have an experience abroad in places like Europe, South America, Asia, Australia, and there's always a lot to learn from other schools and mostly from other cultures.

I will always keep with me the tricks and tips learned in harvesting a fibula or other flaps, and why not at the last year of residency I learned other ways for better suturing. But the most important aspect of my professional experience was the lovely atmosphere of hospitality and kindness of people from the consultants to the residents, nurses and "chaiwalla", the boys employed to serve masala chai (Indian tea). In Veda, the sacred Sanskrit tests, is written: "Your mother, your father, your teacher and your guest must be treated as God by you."

Currently I am living in India with a goal to bridge my "western" experience with the expertise and knowledge I learned from my residency here. My hope is to educate women on the breast reconstruction options that are available to them.

I will always be grateful to my professor for giving me such an amazing opportunity to improve myself not only from the professional point stance but also from the human, social, and personal stance. I went to India to gain experience in my medical career and I gained that and so much more.

As you can see, spending six months in India was not as bad as most people would imagine. 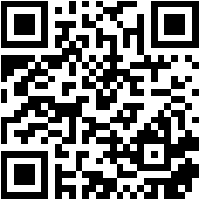