This article belongs to the Special Issue Aesthetic Surgery of the Breast
Views:1885 | Downloads:466 | Cited:

The association between body mass index (BMI) and surgical complications has been of great interest in recent years given the rise of obesity worldwide.[1] Current evidence shows that there is a strong correlation between obesity and the rate of complications following breast reconstruction, such as wound dehiscence, superficial wound infection, and graft or flap loss.[2] Although malnutrition has been identified as a risk factor for poor wound healing and the effects of reconstruction,[3] no articles have examined the impact of low BMI on the outcomes of breast reconstruction.

Despite the great efforts by the authors to answer the very important question of whether low BMI has impact on breast reconstruction, there are certain limitations that readers should consider when interpreting the results of this study. Firstly, the spectrum of breast cancer therapy produces a varied range in complication rates and types: simple mastectomy (4-5.72%),[4,5] skin-sparing mastectomy (15.1-64.2%),[6,7] and nipple-sparing mastectomy (12.4-22%).[8,9] Each modality has benefits and short falls, and some of the complications might be enhanced by a low BMI and poor nutrition such as skin flap necrosis, with the rate reported as 0-6.3% for skin-sparing mastectomy,[6] and 5.2-9.5% for nipple-sparing mastectomy,[9,10] or nipple-necrosis with the rate reported as 4.4-9.2%[8,9,11] in nipple-sparing mastectomy. Given the heterogeneity in complications rates, it would have been interesting to see if the effect of the type of mastectomy was a confounding factor in the results. Furthermore, breast conservation therapy (BCT) accounts for the majority of breast cancer treatment in the United States[12] and the readers have to be mindful that the conclusions drawn by this article do not apply to partial breast reconstruction. Therefore, future research warrants inclusion and analysis of each type of breast cancer therapy modality.

Secondly, the stratification of patients into prosthesis and autologous categories does not take into account the heterogeneity of complications among the different types of breast reconstruction procedures. It is known that the rates of complications differ among patients who undergo pedicled flaps (58.5-67.9%) and those who undergo free flaps (17.7-26.9%).[13,14] Furthermore, it is known that patients’ BMI can have an impact on the rates of complications like skin flap necrosis, wound dehiscence, and graft and prosthesis loss.[2,15] Even within each type of reconstruction, there is a variation among the selected flap. For example, a meta-analysis by Wang et al.[1] revealed a lower rate of fat necrosis (RR 0.502) and a higher rate of abdominal hernias (RR 2.354) in muscle-sparing transverse rectus abdominismyocutaneous (TRAM) flap than in deep inferior epigastric perforator flap. Therefore, it is challenging to group pedicled flaps (e.g. latissimusdorsi, or TRAM) with free flaps (e.g. TRAM, muscle-sparing TRAM, DIEP), because variation in complication rates exists among them, and each complication may be affected differently by low BMI. Unfortunately, ACS-NSQIP does not allow distinguish between specific free flap procedures, since all free flap reconstructions are grouped under the same CPT code, making it impossible to perform subgroup analysis. These limitations restrict the authors’ ability to accurately assess the impact of low BMI in breast reconstruction, since too much variation exists between breast reconstruction modalities. Therefore, future research warrants inclusion and analysis of each type of breast reconstruction modality. Most importantly, the authors omitted in the analysis, certain key complications like hematoma, seroma, fat necrosis, nipple necrosis, skin flap necrosis, and donor site complications, which are known issues of breast reconstruction procedures[1,15,16] and whose incidence could be affected by the patient’s BMI.[17] The ACS-NSQIP dataset tracks certain complications for only 30 days and unfortunately does not include some very important and most relevant complications. A lack of data may have resulted in an under-reporting of complications in this study. Also, Epelboym et al.[18] reported discordance in 27.3% of the time in complication reporting by the ACS-NSQIP including: missed complications, reported complications that did not occur, and misclassification of postoperative events. Once again, readers have to mindful of these significant limitations when drawing conclusions.

As illustrated by the authors, the small sample size confirms that breast reconstruction in patients with low BMI is not very common and an attempt to establish the etiology of being underweight unfortunately did not reach statistical significance. A patient with low BMI does not necessarily entail malnourishment. In fact, an obese patient may well be malnourished despite the high BMI. Studies have shown that malnourished patients often require longer hospitalizations, have more postoperative complications, and have delayed wound and fracture healing compared with well-nourished patients.[19,20] For this reason, all patients regardless of their BMI should be evaluated for their nutritional status, and ensure adequate preoperative calorie, protein, vitamin, and mineralintake. This helps optimization of the patient’s nutritional status and minimization of postoperative complications.

Low BMI is a poorly discussed topic and the limited number of eligible patients makes it challenging to obtain statistically significant results. We commend the authors for this study and we believe it provides a great starting point for debate. But because of the limitations (mostly dictated by the ACS-NSQIP data), we feel that definitive conclusions cannot be drawn from this study, but look forward to future research to evaluate the impact of low BMI in the varied spectrum of breast reconstruction. 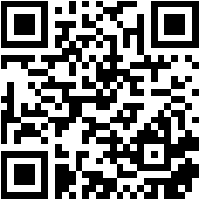