Pseudo-angiosarcomatous or pseudovascular squamous cell carcinoma (SCC) of the skin is an unusual variant form of acantholytic SCC that mimics the histopathological appearance of angiosarcoma. We describe a case of pseudovascular SCC in a 77-year-old lady to highlight the frequent recurrence and aggressiveness, as well as the clinicopathological features of this rare form of cutaneous SCC, and demonstrate the difficulties in establishing the correct diagnosis. Plastic surgeons involved in the care of patients with cutaneous malignancies should be aware of this variant of SCC and its aggressive nature in order to manage these patients appropriately.

Squamous cell carcinoma (SCC) is a nonmelanoma skin cancer and the second most common type of skin cancer.[1] These cases most commonly arise in sun-exposed skin areas in middle-aged or elderly patients.[2] The classic presentation for a cutaneous SCC is a shallow ulcer with heaped-up edges, often covered by plaque, usually in a sun-exposed area. Typical surface changes may include a smooth or hyperkeratotic enlarged plaque, nodule, ulceration, crusting, or cutaneous horn.[1] Histologically, there is a characteristic proliferation of atypical keratinocytes that invade the dermis, with areas of detachment from the overlying epidermis. These anastomosing growths of cords and nests are composed of cells that have a glassy eosinophilic cytoplasm and enlarged nuclei. Mitotic figures, keratin pearls, and dyskeratotic keratinocytes are variably present.[3] Pseudo-angiosarcomatous or pseudovascular SCC of the skin is an unusual and highly aggressive variant form of SCC.[4]

A 77-year-old lady was referred to plastic surgery from dermatology with a biopsy that confirmed the presence of a poorly differentiated acantholytic SCC. On examination, she had an exophytic growth on the anterior aspect of the lower third of her left leg, with multiple satellite lesions and associated edema. There was no palpable lymphadenopathy or organomegaly present. An X-ray assessment of her left leg was performed, showing no bony involvement. A wide local excision of the lesion with a 1 cm peripheral margin down to the fascia was performed, and the wound was resurfaced with a split-thickness skin graft. Although histology confirmed that the tumor had been completely excised with an adequate margin and the wound had healed nicely within 3 weeks, the patient presented at 6 weeks with exophytic lesions at the edge of the skin grafted area [Figure 1]. The clinical appearance was consistent with an early recurrence. The patient underwent an urgent re-excision with 1 cm margins followed by split-thickness skin grafting. Histology confirmed a poorly differentiated SCC with marked acantholysis and pseudovascular spaces lined with atypical cells [Figures 2 and 3]. The differential diagnosis was that of a poorly differentiated pseudo-angiosarcomatous SCC or true angiosarcoma with prominent epithelioid cell morphology. Immunohistochemistry showed the tumor cells to be negative for the endothelial/vascularmarkers, erythroblast transformation specific related gene and cluster of differentiation 31, and for desmin and carcinoembryonic antigen. It was concluded that the tumor was a poorly differentiated acantholytic pseudo-angiosarcomatous SCC. Due to the narrow deep excision margin and the aggressiveness of the tumor, further excision was offered to the patient but this was refused. Less than 4 weeks from the second wide/local excision, the patient presented with a new erythematous lesion at the site of the original excision, which on histologic assessment indicated a further recurrence. Complete resection of the tumor was achieved. Several weeks postsurgery, the patient underwent radiotherapy to target any residual tumor cells and prevent further recurrence. A staging computed tomography evaluation did not reveal evidence of distant metastasis. After completion of the radiotherapy course and 6 months after her last operation she was evaluated by plastic surgery and found to be well with no local or regional recurrence and no lymphadenopathy. 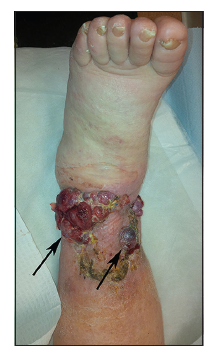 Figure 1. Recurrence of squamous cell carcinoma presenting as exophytic lesions (arrows) at the edge of the skin grafted area

Pseudo-angiosarcomatous or pseudovascular SCC of the skin is an unusual variant form of acantholytic (adenoid, pseudoglandular) SCC that mimics the histopathologic appearance of angiosarcoma.[5] It is a relatively rare malignancy with only 19 cases described in the English literature.[4] It is characterized by a pseudoglandular pattern in the histological study, and although the tumor has the clinical characteristics of SCC, histologically it may mimic an angiosarcoma.[4,5] However, careful histological examination and immunohistochemical study can usually lead to the correct diagnosis. Acantholytic foci in these tumors may demonstrate changes in keratinocyte differentiation markers, and this may explain more aggressive biological behavior in the pseudovascular variant of SCC.[6] Pseudovascular SCC share a poorer prognosis as they demonstrate a higher degree of recurrence and metastasis than other variants of SCC.[7] Due to the possibility of early recurrence in these patients, plastic surgeons should consider evaluating patients with pseudovascular SCC more frequently than patients with other clinical subtypes of SCC.

Although there have not been specific studies regarding the role of adjuvant treatment in the management of psudovascular SCC, adjuvant radiotherapy has been recommended for cases of SCC with a high risk of recurrence, particularly perineurally invasive disease.[8] The role of systemic chemotherapy and isolated limb perfusion in cutaneous SCC remains uncertain.[9,10] 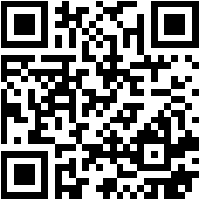