Aim: The subcutaneous fat in the lower abdomen (LA) is more resistant to resorption when compared to the upper abdomen (UA). Males and females have variability in fat deposition and resorption in the abdominal region. Hence, there could be a difference in morphology of fat cells of these regions. The present study aims to identify the differences in morphology of subcutaneous fat lobules of upper and LA.

Methods: Subcutaneous fat samples were collected from upper and LA of 40 cadavers (33 males and 7 females). The shape, the arrangement and the color of superficial and deep subcutaneous fat lobules were observed. The height and width were recorded for larger fat lobules.

Conclusion: There was a significant difference in the morphology of the superficial and deep subcutaneous fat based on location and gender of the patient.

The development of liposuction and lipectomy in reconstructive surgery has enhanced interest in the study of superficial fascia and subcutaneous fat deposits of abdomen.[1-3] Furthermore, a strong relationship exists between obesity, insulin resistance and cardiometabolic risk factors.[4-7]

There are two distinct types of subcutaneous fat: superficial and deep.[8] The superficial fat exists between the skin and the superficial fascia whereas the deep fat occupies the area between the superficial fascia and the muscles. Superficial layer is richly vascularized and results in cellulite formation when it is hypertrophied. The deep layer of fat is called Localized fat deposit (LFD) when it is hypertrophied. LFD is excessive bulge producing contour deformity of the region.[11] The subcutaneous fat deposits in lower abdomen (LA) do not get absorbed easily by dieting and exercise, compared to the upper abdomen(UA).

The present study was carried to find the difference in morphology of subcutaneous fat lobules, as an initial step to explore the different re-absorption pattern of deposited fat different location of abdomen and different gender.

This study included 40 fresh (within 6-10 h after death) adult cadavers (33 males and 7 females) of age varied between 18 and 70 years collected from the Department of Forensic Medicine, Kasturba Medical College, Manipal. All cadavers (< 10 h after death) of Body Mass Index more than 19.5 were included in this study. None of the cases had lipodistrophies or any kind of hormonal imbalance that causes abnormal fat accumulation.

This study was approved by the Institutional Human Ethics Committee (IEC 111/2009).

Samples of the subcutaneous fat lobules were collected from UA (3 cm above the umbilicus) and LA (3 cm below the umbilicus) at the mid-clavicular line. The shape, arrangement, and color of the superficial and deep subcutaneous fat lobules were observed and recorded. The larger fat lobules (in width and height) in the region under study were identified, and their height and width were noted. The maximum distance between the upper and lower end of the fat lobule was considered as the height while the maximum distance between the anterior and posterior part of the lobule was considered as the width [Figure 1]. The readings of maximum height and width were taken at the accuracy of 10 μm using metal casing Electronic Digital Calipers (series-sc02, Guilin Gunglv measuring instrument Co. Ltd, Guilin, China); and the average of 3 larger lobules was calculated for further analysis.

Independent sample t-test was applied to compare the means of width and height of fat lobules-in males and females. The height of deep fat of UA (P = 0.018) and width of deep fat of LA (P = 0.020) were significantly larger in females than males.

Superficial fat layer is richly vascularized, and when hypertrophied, it is responsible for cellulite. Embryologically it arises from the hypodermis of the integument. Hypertrophy of deep layer of fat is unsightly and called localized fat deposit (LFD). LFDs are often difficult to lose-by exercise and diet.[11]

The superficial layer comprises of tightly packed adipocytes supported by dense fibrous network whereas the deep layer constitutes of loosely arranged adipocytes. Varied blood supply of the two layers was also reported.[12,13] The superficial epigastric arteries (a branch of femoral artery) supply to the superficial layers, veins drain into the femoral veins via the saphenous hiatus. Inferior epigastric and deep circumflex iliac arteries (branches of the external iliac artery) and the superior epigastric artery (a branch of the internal thoracic artery) supplies to the deep layer.[14]

In the present study, the color, shape, size and arrangement of fat lobules were different at different regions of the abdomen and these were in agreement with those reported by Yves.[11] Although authors have mentioned the variability in the measurement (height or width) of the fat lobules, an extensive attempt was not made to study the differences in the superficial and deep fat of the upper and LA.

Even though in vivo signals and the pathways regulating lipid metabolism are more complex than those in a controlled in vitro study, the metabolic difference in the superficial and deep compartments may lead to varied rates of gain and loss. This may be due to changes in energy intake or other factors.

Accumulation of subcutaneous fat depicts the normal physiological buffer for high caloric diet with limited physical activity. This acts as a metabolic sink to store excess free fatty acids and glycerol as triglycerides in adipocytes.[17]

Illouz[1] defined the resistant nature (to absorption) of the abdominal LFD and showed that the anatomy of fat lobules and its arrangement differ in different areas of the abdomen. The LFD in the central region of the abdomen is less resistant to resorbtion of fat and is strongly correlated with cardiovascular diseases.[5] The present study on the morphometry of the superficial and deep subcutaneous fat in the upper and lower regions of the abdomen and in males and females reveals a significant difference in morphology of fat cells between the two regions and genders. Further studies are required to correlate anatomical variations with varied behavior of fat in different locations of body and gender types. 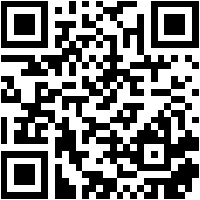