Corticosteroid - an uncertainty in management of sepsis

The purpose of this letter is to review the literature and bring the facts related to ambiguity in the use of corticosteroid in the management of sepsis.

Sepsis is defined as systemic response to infection and is diagnosed as per ACCS/SCCP consensus conference committee, 1992 guidelines.[1] Progression of sepsis to septic shock is caused by series of immune responses.[2] For many decades in the past steroids have been used in the management of sepsis but there has been an ambiguity in their use in septic shock, doses, duration of therapy effectiveness. However, recent studies have shown it to be effective in septic shock associated with "relative adrenal insufficiency".[3] Cortisol increases at times of physiological stresses (e.g. sepsis, major injury, surgery, burns) due to activation of the hypothalamus pituitary axis. Suboptimal cortisol production during the septic shock has been termed as relative adrenal insufficiency and has been related to increased mortality in patients with sepsis but its actual existence remains controversial. The biochemical diagnosis of adrenal insufficiency by adrenocorticotropic Hormone (ACTH) tests were thought to be unreliable in critically ill patients. Also, measuring total cortisol may not be accurate in severely ill patients due to fluctuating levels of cortisol binding globulins.[4,5]

Several studies are available that provides clinical evidences related to the use of corticosteroids in sepsis. The French Trial[6] In a randomized control trial on 229 patients revealed that there was reduction in 28-day mortality on treatment with low dose steroids (LDCs).Those who responded to ACTH stimulation test (maximum increase in serum cortisol of > 9 μg/dL) did not show any significant difference in 28 -day mortality. The median time to vasopressor withdrawal and shock reversal was 9 days in the placebo group and was 7 days in treatment group (P = 0.01).[3,4] The strengths of the study was the big sample size and the randomization, however use of both glucocorticoid and a mineralocorticoid was a marked weakness making distinctions between the effects of each drug difficult.[1]

Keh et al.[7] performed a randomized double blinded placebo controlled crossover trial on 40 patients with septic shock to investigate the effects of LDC (100 mg bolus followed by 10 mg/h for the rest of 3 days) on immunologic parameters and hemodynamic parameters. It was seen that plasma cortisol levels increased to 5 folds in each group and were associated with stabilization of hemodynamic parameters. After 24 h of administration of corticosteroid the plasma concentration of interleukin-6 (IL-6), IL-8, IL-10 and tumor necrosis factor (TNF-1) and TNF-2 were significantly lower in the first group (received hydrocortisone) compared to the second one (did not receive hydrocortisone) (P = 0.01).

The strength of the study was that each patient received the intervention and served as his or her own control. However, the study was limited by the fact that hypothalamic-pituitary-adrenal axis was not addressed in this study.[1]

CORTICUS[8] has evaluated the efficacy of LDC in a broad population of patients (regardless of adrenal function) within 72 h of onset of shock. A total of 499 patients were randomized to treatment (50 mg hydrocortisone bolus every 6 h for 5 days, then 50 mg hydrocortisone every 12 h for 3 days and finally 50 mg hydrocortisone every 24 h for 3 days)[9] or placebo groups. The results indicated no significant difference in mortality between treatment and the placebo group. But, shock reversal was achieved more quickly in treatment group compared to the placebo group, regardless of the adrenal function (P = 0.001). However, the proportion of patients, in whom shock reversal was achieved, was similar between the 2 groups. There was also evidence of increased risk of superinfection in treatment group (combined odds ratio, 1.37; 95% confidence interval: 1.05-1.79). The strength of the study was its large sample size, randomization and power of study was 80%. The limitation of this study is that the treatment group received steroids as late as 72 h. Earlier studies have shown that steroids have been beneficial only if given early (< 8 h).[9]

All meta-analysis confirmed improved shock reversal with LDC use.[3] Subsequent analysis found that severely ill patients were more likely to benefit from corticosteroid therapy. One analysis suggested that it may be harmful in less ill patients.[3]

While on steroids, according to a previous study done,[10]there was a certain increase in side effects of secondary infections, gastrointestinal bleeding and increased blood glucose. However, these problems could be due to terminal illness. This probably indicates the need for a larger clinical trial.[2]

• Administering intravenous corticosteroid therapy (200-300 mg/day) to adult patients with severe septic shock (defined as a systolic blood pressure less than 90 mmHg for more than 1 h despite both adequate fluid resuscitation and vasopressor administration);

• Not administering corticosteroid to patients without shock or patients with less severe shock (defined as those in whom fluid resuscitation and vasopressor therapy have restored hemodynamic instability);

• ACTH test prior to administering steroids in sepsis is not recommended;

• Typically administer hydrocortisone for 57 days and taper the dose as guided by the clinical response.

The impairment of hypothalamic-pituitary-adrenal axis in sepsis has not been resolved yet.

The most uniform finding by almost all trials is that corticosteroid may accelerate shock reversal. At this time, the most supported view is LDC should be administered to those patients who are in septic shock and unresponsive to fluids and vasopressor administration.

Review of the literature indicates the need to conduct carefully planned clinical trials to resolve controversies and to provide a more reliable result.[13] 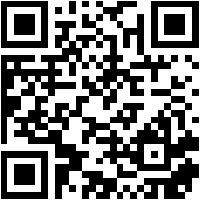