A rare case of bilateral absence of distal ulnar artery

It is fairly common to find anatomic variations and anomalies in the arterial pattern of the upper extremities. However, a complete absence of the distal ulnar artery bilaterally is extremely rare. During preoperative assessment for a radial forearm free flap, we accidentally discovered bilateral distal ulnar artery agenesis. In this article, the clinical implications of this variation are discussed, along with a review of the literature.

The arterial patterns in the upper extremity have received attention in the field of clinical anatomy due to their high variability. Mccormack et al.[1] studied 750 upper limbs of cadavers and found anomalies of the brachial, radial, or ulnar artery in 112 cadavers. The radial artery was the most involved (81.3%), followed by the brachial artery (12.2%). Coleman and Anson[2] showed direct continuity between the ulnar artery and superficial palmar arch and the dominance of the ulnar artery in the wrist. Keen[3] noted that when the ulnar artery was larger than the radial artery at the elbow, the anatomical relationship was usually reversed at the wrist. Several other studies have also reported anatomical variances of the arteries in the forearm and hand.[4,5] However, bilateral absence of the distal ulnar artery and superficial palmar arch is extremely rare.

We report a case of bilateral absence of the distal ulnar artery, which was accidentally discovered during preoperative evaluation for a radial forearm free flap.

A 58-year-old male was referred to the Department of Plastic and Reconstructive Surgery for management of squamous cell carcinoma of the tongue. Magnetic resonance imaging showed a 2.5 cm × 1.8 cm × 1 cm sized enhancing soft tissue mass in the tongue, and the patient was scheduled to undergo partial glossectomy.

We decided to reconstruct the patient’s tongue using a radial forearm free flap. Preoperative Allen’s test demonstrated dominance of radial artery bilaterally. An arteriography was performed to map the vasculature of the hand, and it showed a gradually narrowing ulnar artery in the right upper limb that vanished in the distal 2/3 of the forearm after branching off interosseous branches. In addition, the superficial palmar arch was absent, and the deep palmar arch was filled by radial artery alone [Figure 1]. The angiogram of left upper limb revealed symmetrical findings.

Figure 1. Arteriography of the hands showing the absence of the distal ulnar arteries and superficial palmar arches. Deep palmar arches are shown without any contribution from the ulnar artery (arrow) (a: right hand, b: left hand)

Due to the anatomical variation of ulnar artery in the forearm, the patient underwent reconstruction of the tongue using a free flap from anterolateral thigh and the patient was discharged home 2 weeks after the operation without any complications.

The ulnar artery is the main provider of blood supply to the hand via the superficial palmar arch.[6] The superficial palmar arch has different types of anastomosis: (a) the “ulnar type” has minimal or absent flow from radial artery; (b) the “radio-ulnar type” is the arch is formed by the superficial palmar branch of radial artery and the larger ulnar artery; and (c) the “mediano-ulnar type” has predominant supply from median artery as it is able to reach the palm of the hand and forms the arch. It is reported that “ulnar type” is the most frequent (59%) and is followed by the “radio-ulnar type” (32%), and the “mediano-ulnar type” is the least common (9%).[4] An arch is considered incomplete when there are no continuations among the ulnar, radial, and median arteries.[7] This explains ischemic complications in the hand after harvesting of radial forearm flaps, because in patients with incomplete palmar arches, blood flow from the ulnar artery cannot reach the radial fingers.[8] 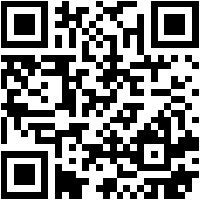