Acute and chronic wound infection poses a major problem to wound care physicians (also known as woundologists). Emergence of multidrug-resistant (MDR) bacteria and biofilm is a real challenge to physicians. Failure to use antimicrobials judiciously leads to toxic damage to host cells with a wide spectrum of problems and super-infections. Newer methods of dissolving biofilms and interrupting cell-to-cell communication are yet to be established and included into routine practice.

Intermittent negative pressure regimen of limited access dressing (LAD)[1] could be effectively used for most issues related to wound infection and its spread (wound to environment and vice versa) in the following manner:

Wound isolation and safe disposal of drainage: occlusive dressing in LAD isolates the wound from the environment and the safe disposal of wound drainage in a closed system with prefilled disinfectants (for viruses, spores and resistant strains) may prove vital in reducing cross infections and hospital-acquired infections.

Prevention of wound invasion: invasive bacteria actively induce their own uptake by phagocytosis of normally non-phagocytic cells, and then either establish a protected niche within which they survive and replicate or disseminate from cell-to-cell by means of an actin-based motility process.[2] Alternatively, intermittent negative pressure channel effectively to divert bacteria to the drainage system, which mechanically prevents wound invasion[1] and hence prevents them from establishing a protected niche required for dissemination.

Mechanical disruption of quorum sensing by negative pressure: bacteria communicate with one another using chemical signal molecules. Chemical communication in bacteria involves producing, releasing, detecting and responding to small hormone-like molecules, termed autoinducers. This process, termed “quorum sensing”, allows bacteria to monitor the environment for other bacteria and to alter the behavior on a population-wide scale in response to changes in the number and/or species of bacteria present in a community (wound environment).[3] Quorum sensing signals are the essential components of the communication system. These signals regulate virulence gene expression in a variety of plant and animal (including human) bacterial pathogens.[4] The detection of a minimum stimulatory concentration threshold of an autoinducer leads to an alteration in gene expression. In general, Gram-negative bacteria use acylated homoserine lactones as autoinducers and Gram-positive bacteria use processed oligopeptides for communication. Recent advances in the field indicate that cell-to-cell communication via autoinducers occurs both within and between bacterial species.[5] Community cooperation probably enhances the effectiveness of processes like virulence factor expression (invasion) and biofilm development (resistance to treatment).[6] Various chemicals are identified for chemical quenching of quorum sensing (quorum quenching).[4,7] LAD may be used to mechanically remove the chemical signal molecules intermittently by negative pressure before it reaches a concentration level to produce effective quorum sensing for virulence factor expression, thereby preventing the invasion of host tissues.

Mechanical disruption of biofilm: in general, bacteria have two life forms during growth and proliferation. In one form, bacteria exist as single, independent cells (planktonic) assumed to produce acute infections. In the other form, bacteria are organized into sessile aggregates, commonly referred to as biofilm growth phenotype. In cases, where bacteria form a biofilm within the human host, the infection becomes chronic with extreme resistance to antibiotics and conventional antimicrobial agents, and an extreme capacity for evading the host's defenses.[8] An established biofilm structure comprises microbial cells and an extracellular polymeric substance matrix; it has a defined architecture and it provides an optimal environment for the exchange of genetic material between cells. Cells may also communicate via quorum sensing.[9] The extracellular digestion of biofilms by multiple bacteriolytic and proteolytic enzymes is being exploited for biofilm control.[10] LAD may be used to mechanically disrupt the biofilm by intermittent negative pressure.[1] 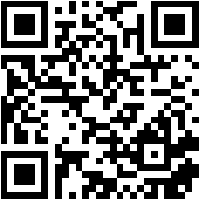